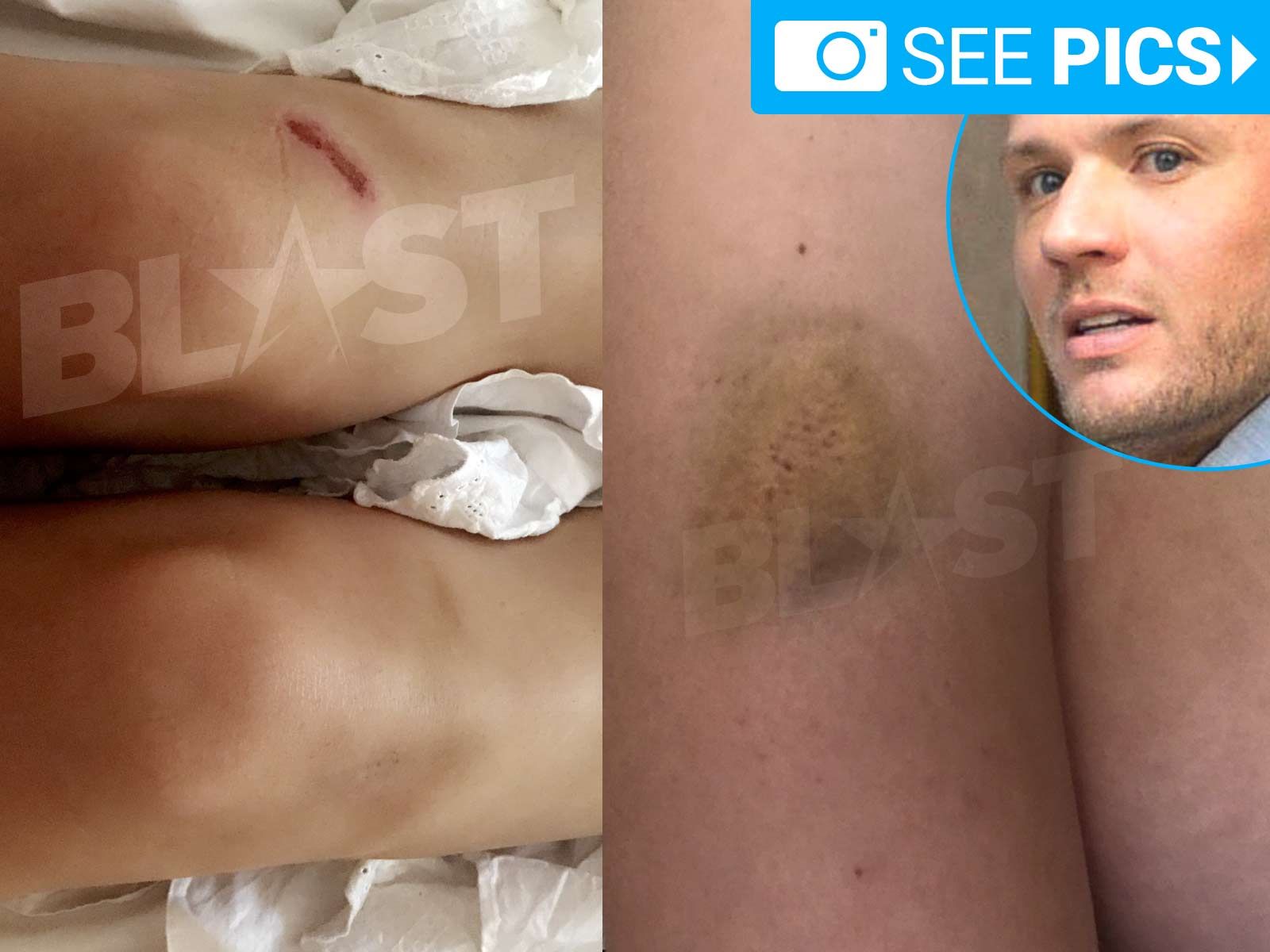 Ryan Phillippe's accuser documented the injuries she claims were suffered after the actor allegedly threw her down a flight of stairs, and has now filed them as proof in her million dollar lawsuit.

The Blast obtained multiple photos Elsie Hewitt taken after the alleged attack by the "Shooter" star. The photos appear to show bruising and cuts to her back, arms, and knee.

Hewitt, who was Miss June 2017 in Playboy, claims she started dating Phillippe in April, and he immediately became "infatuated" with her.

The 21-year-old model says Phillippe spent all his free time with her, and would even track her location using a "Find My Friends App."

According to the documents, the model claims while spending lots of time with the actor, she observed him abusing drugs like, "cocaine, ecstasy, psychedelic mushrooms, and steroids."

According to the lawsuit, on July 4, the two began to argue over Phillippe's jealousy of Hewitt at a party the night before. She was allegedly attracting the attention of other men and Phillippe felt "neglected" and "ignored."

The documents, filed by celebrity entertainment attorney Keith Fink, claim Hewitt showed up at the actor's home to collect some belongings, and used his electronic access code to get inside the house. She claims Phillippe was extremely agitated, grabbed her upper arm "so tightly that his grip left heavy bruises on her arm" and then "braced his body and violently threw her down his staircase as hard as he could."

Hewitt claims that after she got back to her feet and climbed the stairs again, Phillippe grabbed and struck her, kicked her, and then picked her up "like a doll" and tossed her down the stairs again.

She claims that as she crawled away from the actor, he yelled "GET THE F**K OUT OF MY HOUSE, YOU CRAZY C**T!”

Hewitt says she immediately went to Cedars-Sinai hospital and filed a police report.

We broke the story, the LAPD issued an Emergency Protective Order against the actor after his ex-girlfriend claimed he physically attacked her during an argument.

Phillippe has since denied he injured Hewitt, and claims she actually attacked him.

Hewitt was photographed at the beach days after the alleged incident, and it appears there is an injury to her knee.