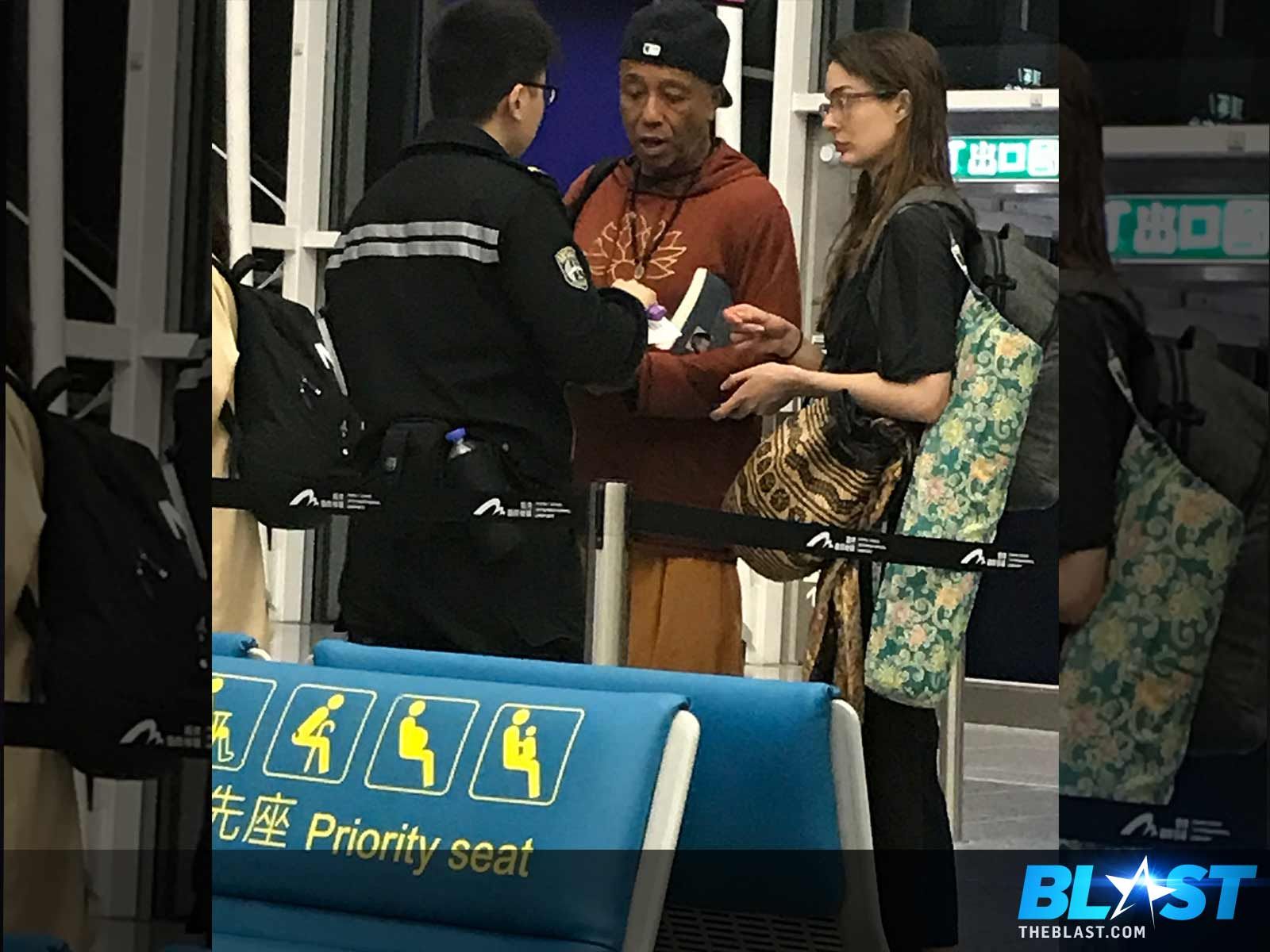 Who's That Lady? Russell Simmons Spotted with Mystery Woman After Yoga Retreat in Bali

Two weeks ago, the mogul posted on social media that he was "closed for spiritual maintenance" but Simmons appears to be ready to open back up as he returned to the real world after his time away doing some soul searching.

The Blast obtained photos of Russell Simmons this week at an airport in Hong Kong boarding a flight with the unknown woman. She appeared to be carrying a yoga bag, so it's possible they met during his time in Bali.

Uncle Rush left the US several weeks back to work on himself and "listen" after several allegations of sexual assault surfaced last fall. Simmons denied the allegations and even tried to start the hashtag #NotMe. During his trip abroad, he's been traveling around the Eastern hemisphere doing yoga and searching for enlightenment.

No idea if he found actual enlightenment but he did find a young woman who traveled back with him from Hong Kong to Los Angeles. The pair was spotted together at the airport and flew back in business class.

The Def Jam creator officially landed stateside Monday night but no word yet as to whether or not he's ready to trade in his yoga pants and reenter the mainstream.

He's also currently battling a lawsuit filed by an alleged rape victim and authorities are still investigating the accusations.