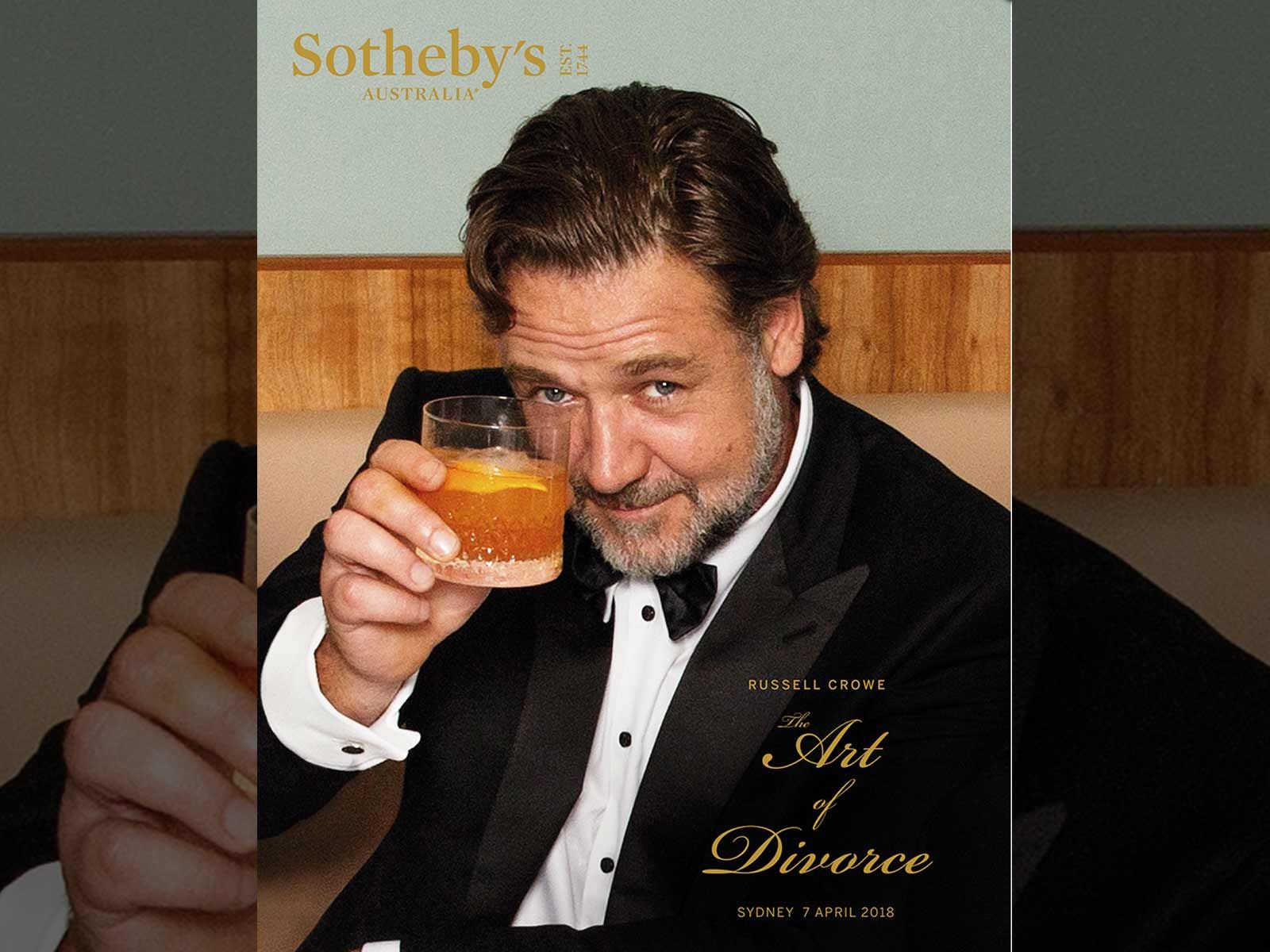 You Can Own Russell Crowe's Leather 'Cinderella Man' Jockstrap

Nine years of wedded bliss can amass a ton of crap, especially when you have a Hollywood bankroll like Russell Crowe, so now that he's divorced he's selling off a bunch of stuff he collected during his marriage.

Crowe split with his wife, Danielle Spencer, years ago and says by the time the auction goes down in April, their official divorce should be finalized. He said, "Just as we collaborate on the upbringing of our kids, it’s easy for us to work together on something like this. I think she feels the same way I do in regards to just moving on things that help create space for the future."

He also adds that "On the practical side, this collection probably equates to three rooms full of things I’ll no longer have to care for, document, clean, tune, and insure."

"Russell Crowe: The Art of Divorce" is being conducted by Sotheby's Australia, and not only does it feature Crowe's personal art and instrument collection, it contains his treasure trove of movie memorabilia.

Here's some of our favorites:

3. Violin Used in "Master and Commander"

Check out the full listing of stuff, including Crowe's plaster relief of Mohammad Ali's face, at Sotheby's.