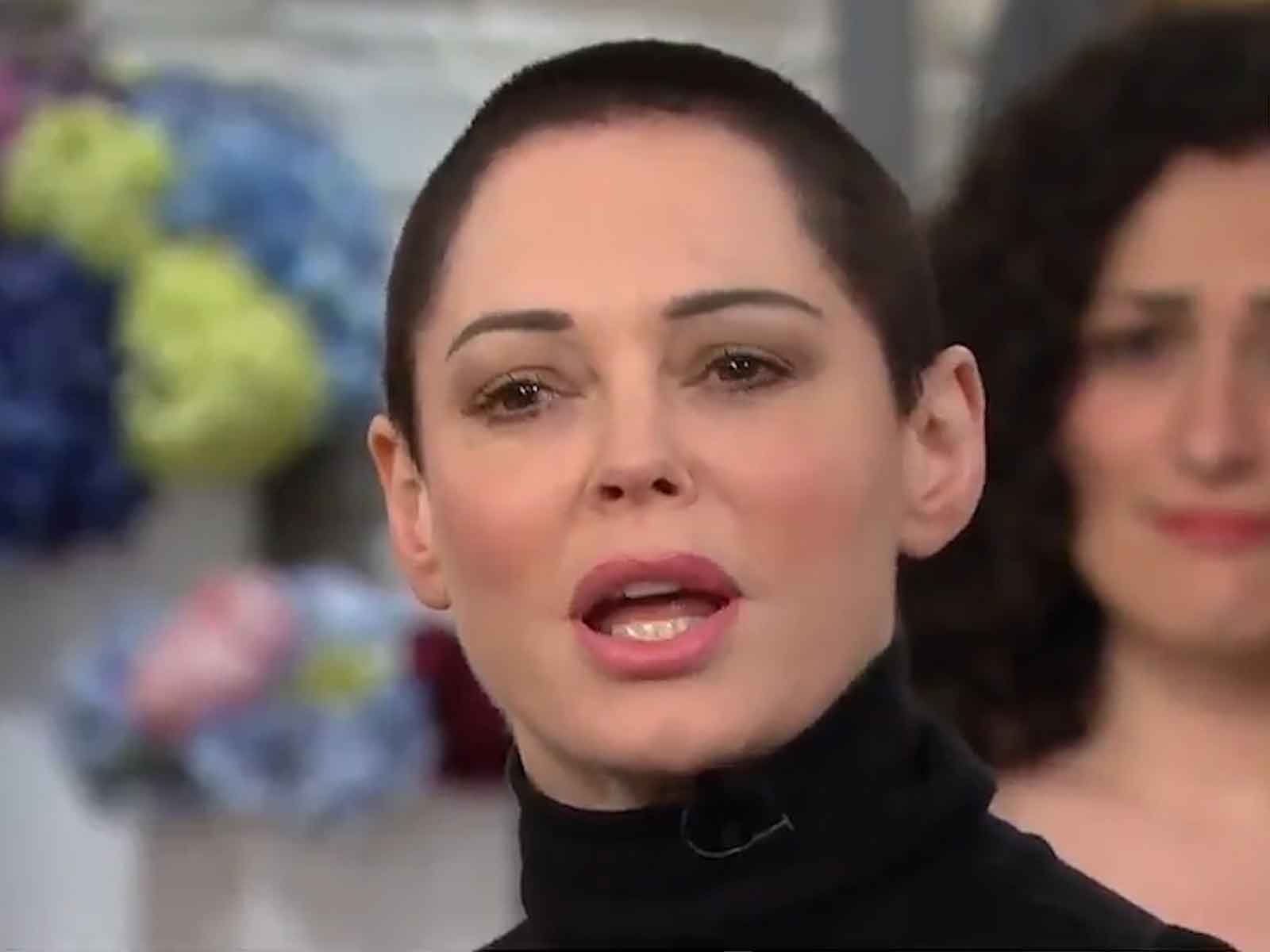 Rose McGowan's emotional interview on Megyn Kelly Today this morning as Harvey Weinstein was being arrested was "so powerful" that producers on the show kept her on the air for an unplanned extra segment.

McGowan, one of Weinstein's most vocal and ardent accusers, was live with Kelly at the exact moment that Weinstein surrendered to police Friday morning on charges of rape.

The actress was only scheduled to be on for one segment but sources tell us McGowan's insight was "so powerful" as the Weinstein arrest was unfolding that producers were blown away and decided to keep her on for extra time.

A source at the show tells The Blast, "As she was walking off with Megyn and got backstage after the segment she remarked 'I'm happy they got that fucker.'"

We're told McGowan seemed very nervous in Megyn Kelly's studio before going on set but looked "so relieved" after the powerful interview segment.

"She got very emotional after the segment and thanked the audience that gave her a standing ovation," our source said.

Weinstein has been charged with rape, a criminal sex act, sex abuse and sexual misconduct for incidents involving two separate women in 2004 and 2013.

McGowan has been relentless in her efforts to shed a public light on the systemic abuse of power in Hollywood and, in particular, Harvey Weinstein. McGowan called Weinstein a "predator" today when speaking about her alleged rape by the disgraced producer several years ago at the Sundance Film festival.