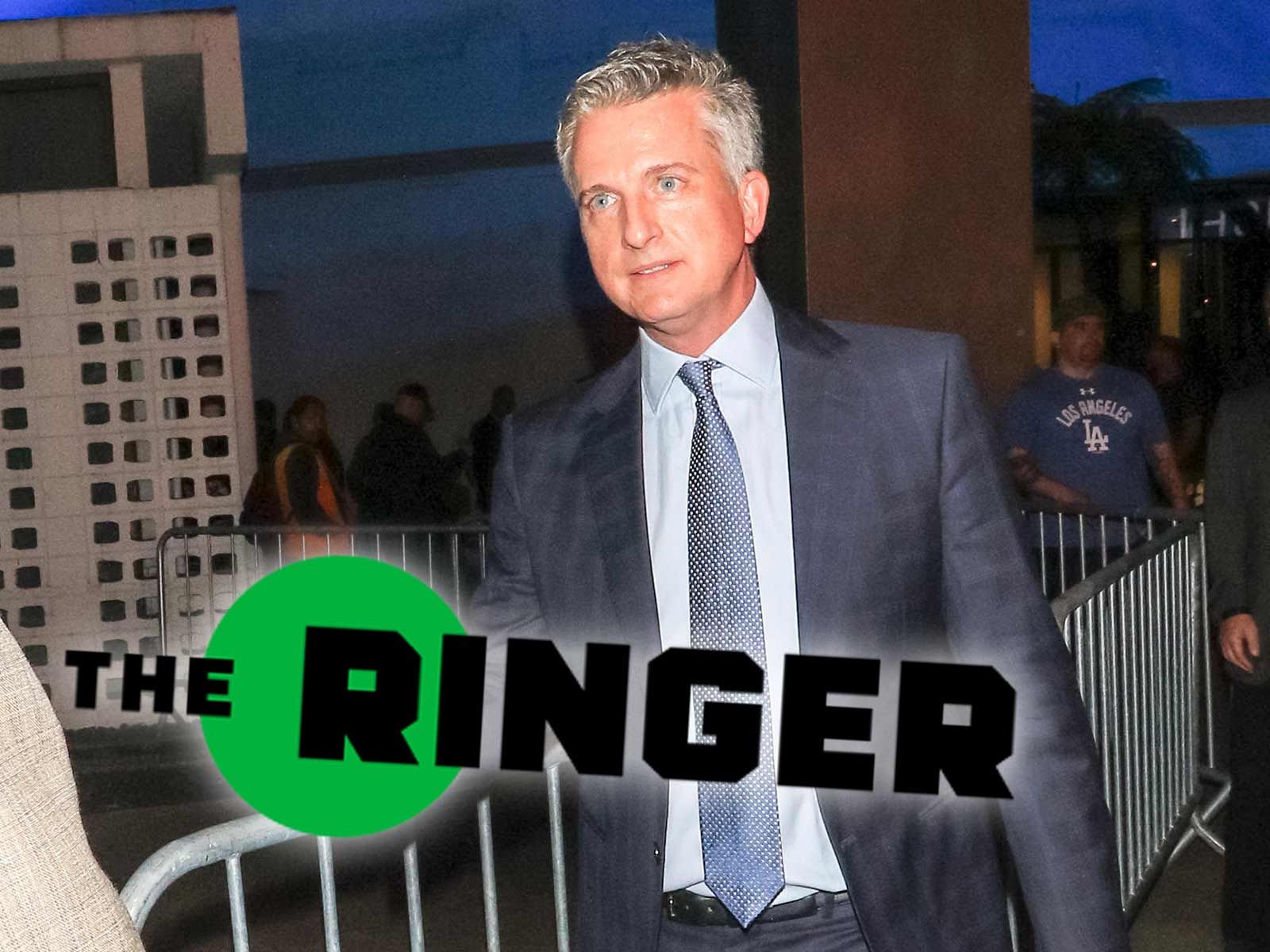 The Ringer's Bill Simmons Gets Restraining Order Against Former Employee

Sports talk personality Bill Simmons needs protection for himself and the entire staff of The Ringer from a former employee of the company.

According to documents obtained by The Blast, The Ringer was just granted a temporary restraining order against a man named Joseph Fuentes. The order is filed on behalf of Bill Simmons, who heads the sports-centric website/podcast, and also includes the rest of the employees.

The restraining order also protects NBA player J.J. Redick, who does a podcast for The Ringer.

We did some research, and according to articles when The Ringer first launched, Fuentes appears to have been a digital audio director.

According to the documents, Fuentes made a "credible threat of violence" against Simmons.

The documents state Fuentes was terminated from the company on April 25, 2018 due to "poor performance issues," and cited a recent podcast with Jeff Goldblum that was ripe with technical issues as a contributing cause. They claim that shortly after his termination, Fuentes began contacting employees with bizarre messages.

One woman claims Fuentes contacted her and told her that they should go on a date together, and he would treat her like a "queen."

He also allegedly came back to the studio in Los Angeles multiple times after he was terminated. The Ringer says Simmons eventually wrote him an email asking that he cease contacting employees. Simmons said at one point, "If you want to have an honest conversation about whatever is going on with you right now, I'm happy to do so - we've known each other for 7 years and it's hard for me to fathom why you are behaving like this."

The documents state that on the day Fuentes was terminated, he allegedly showed up to the office late on a Friday evening in sweatpants, and asked two employees what they would do "if they needed to hide something from the police." He then allegedly pulled a wad of 20 dollar bills out of his pants and laughed.

They also claim that on June 4, Fuentes showed up on the studio lot and claimed he had a meeting with executives that did not exist.

Included in the order for protection are Simmons' wife and two children. Fuentes is ordered to stay 100 yards away from Simmons, The Ringer office, and its employees until a hearing next month.

The Blast reached out to The Ringer for comment — so far, no word back.