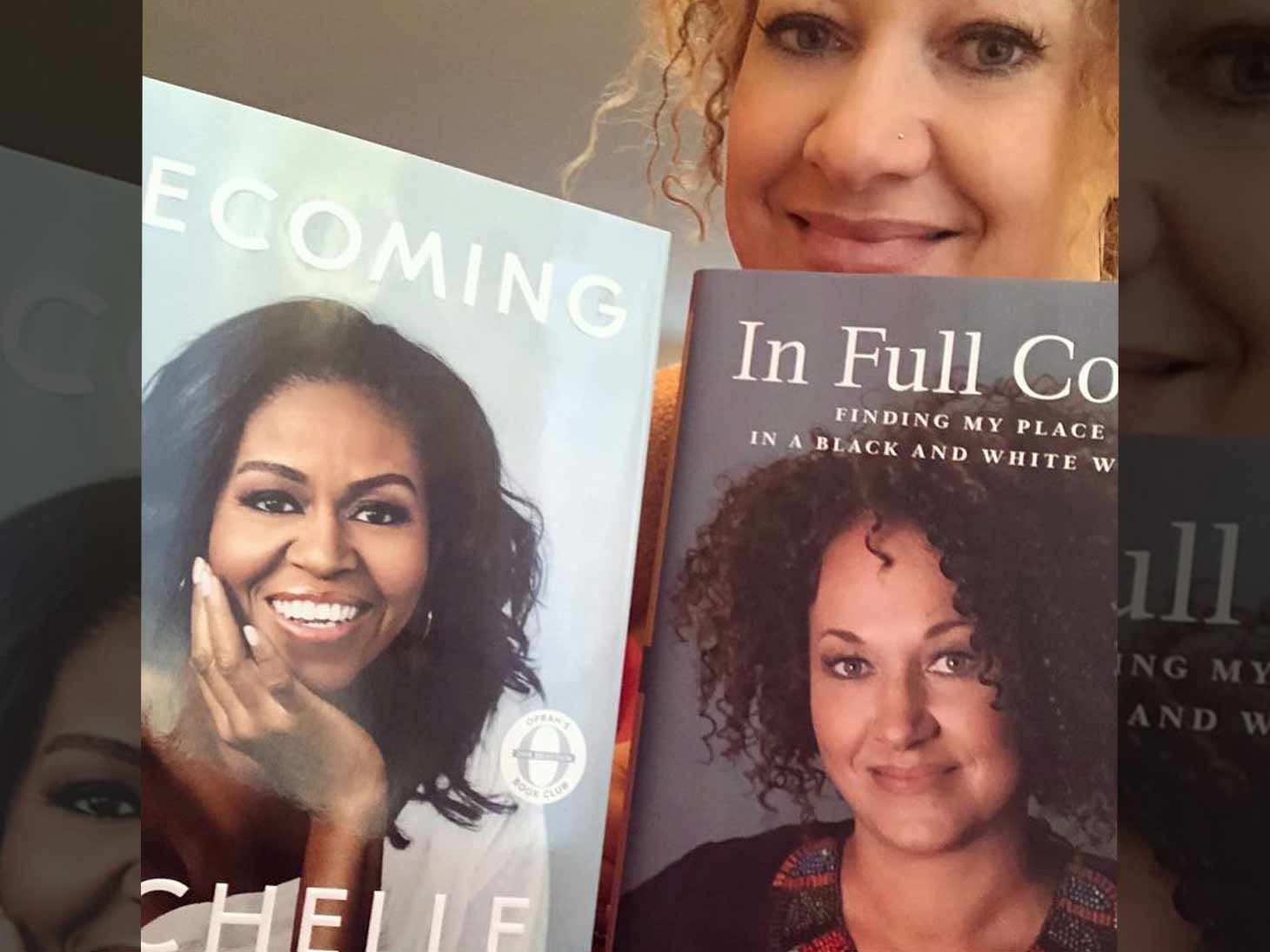 Rachel Dolezal is getting ripped after the civil rights activist compared her new memoir to the former First Lady's when suggesting gifts for the holidays.

Dolezal's memoir, "In Full Color: Finding My Place in a Black and White World," addresses her infamous rise to fame as a chapter president of the NAACP who was later removed after it was revealed she was pretending to be African-American.

Dolezal, who later changed her name to Nkechi Amare Diallo, shared a photo holding up her memoir, along with Michelle Obama's "Becoming," and said, "Two great memoirs!"

She added that fans can get her memoir signed by purchasing at her online store for "no extra charge," and also that Obama's memoir can be found "almost anywhere."

Fans immediately began ripping Dolezal, with comments like, "Lady, you're delusional," while another questioned, "Who would buy that?"

Another person accused Dolezal of editing her comments, claiming "You must be deleting the negative comments because they can't only be people agreeing with you comparing your book to Michelle Obama's."

Dolezal has not yet responded to the criticism ... but like her famous quote advises, "When they go low, we go high."