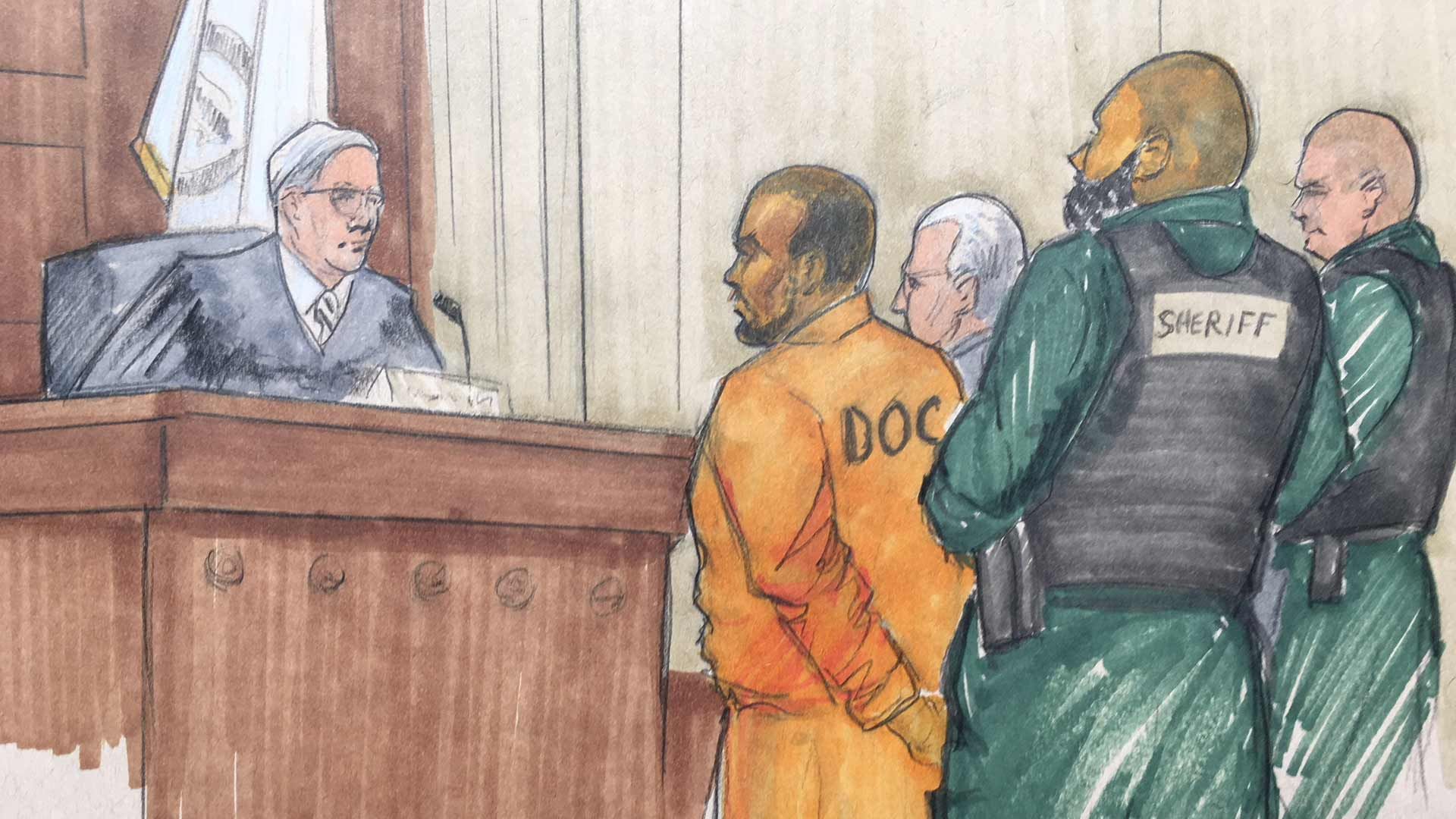 12:00 PM PT: Sources inside the courtroom tell us Kelly was "stoic," and showed little emotion while he was flanked by two sheriffs decked out in tactical gear.

R. Kelly was in court Monday morning where his attorney entered a not guilty plea on his behalf to the 10 counts of aggravated sexual abuse the singer faces.

The singer wore an orange DOC jumpsuit and did not wear handcuffs during the brief hearing.

Kelly has yet to post the $100,000 bond needed for him to be released. Once he posts, Kelly will is not allowed to have contact with anyone in the case, anyone 18 or younger, he cannot possess firearms, and he cannot have his passport (which has already been surrendered).

According to a local reporter, R. Kelly's girlfriends, Joycelyn Savage and Azriel Clary, were not in court on Monday morning.

As The Blast first reported, Savage and Clary were front and center during R. Kelly’s bond hearing, and on the way out were hit with tons of questions. Both of the women stayed silent and were under the protection of Kelly’s security and entourage.

Joycelyn’s parents are now worried about traveling to Chicago during the criminal trial, even though they’ve offered to assist the Cook County State’s Attorney Office in anything they need. We’re told the Savage family first wants to make sure there is proper security, especially from Kelly’s team.

Joycelyn’s father, Timothy Savage, has already been threatened by associates of Kelly on two separate occasions.