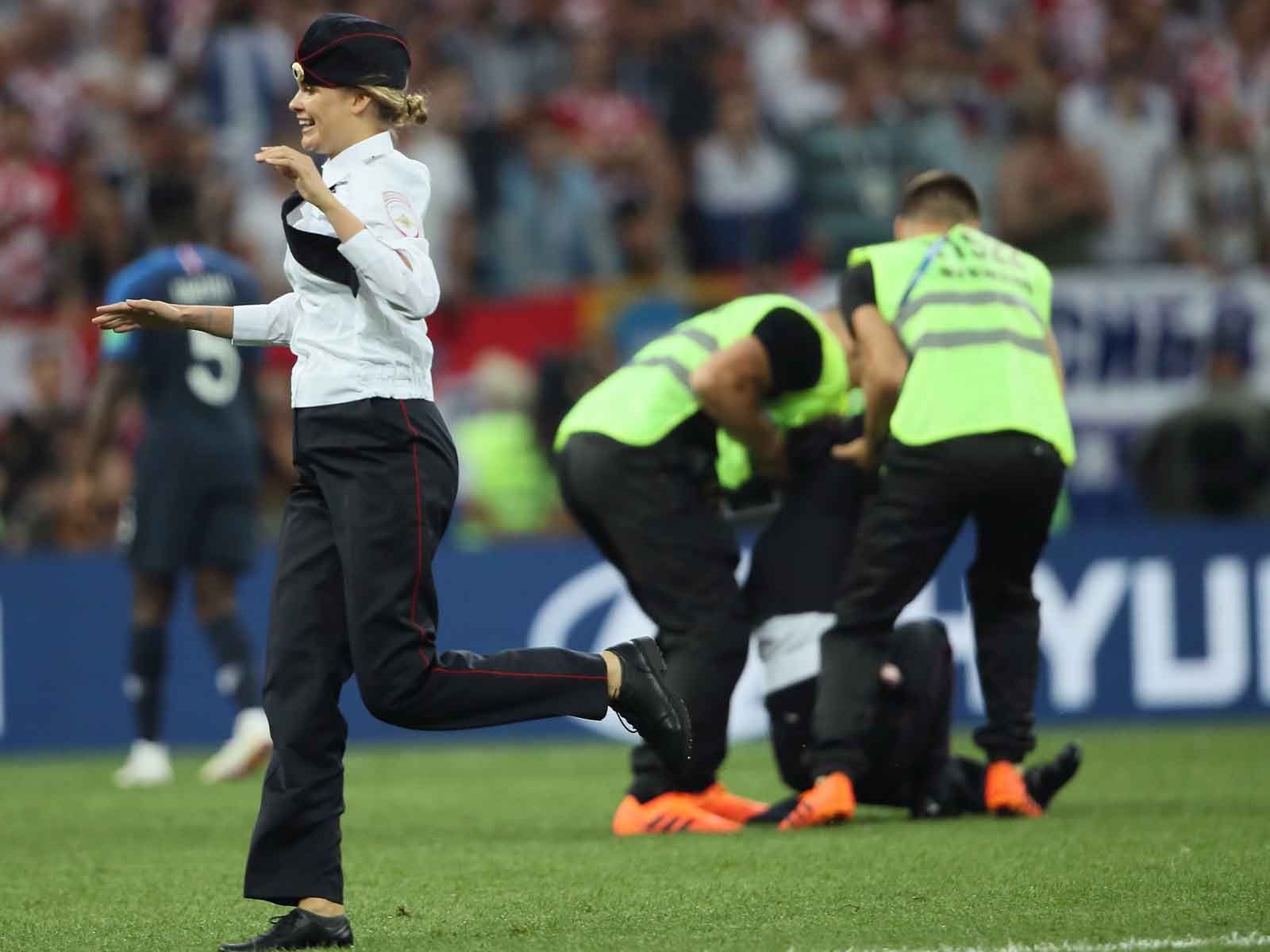 The Russian punk group Pussy Riot is saying they were behind the four people who ran onto the pitch during the World Cup Final on Sunday afternoon, disrupting the action during the second half.

During the 52nd minute of France's victory over Croatia, four people wearing uniforms ran around before being tackled and escorted off by security. One of the protestors even shared a double high-five with France forward Kylian Mbappe.

Pussy Riot announced on their Facebook page that they were behind the protest, writing, "NEWS FLASH! Just a few minutes ago four Pussy Riot members performed in the FIFA World Cup final match — 'Policeman enters the Game.'"

They explained the meaning behind the protest, which you can read about below.