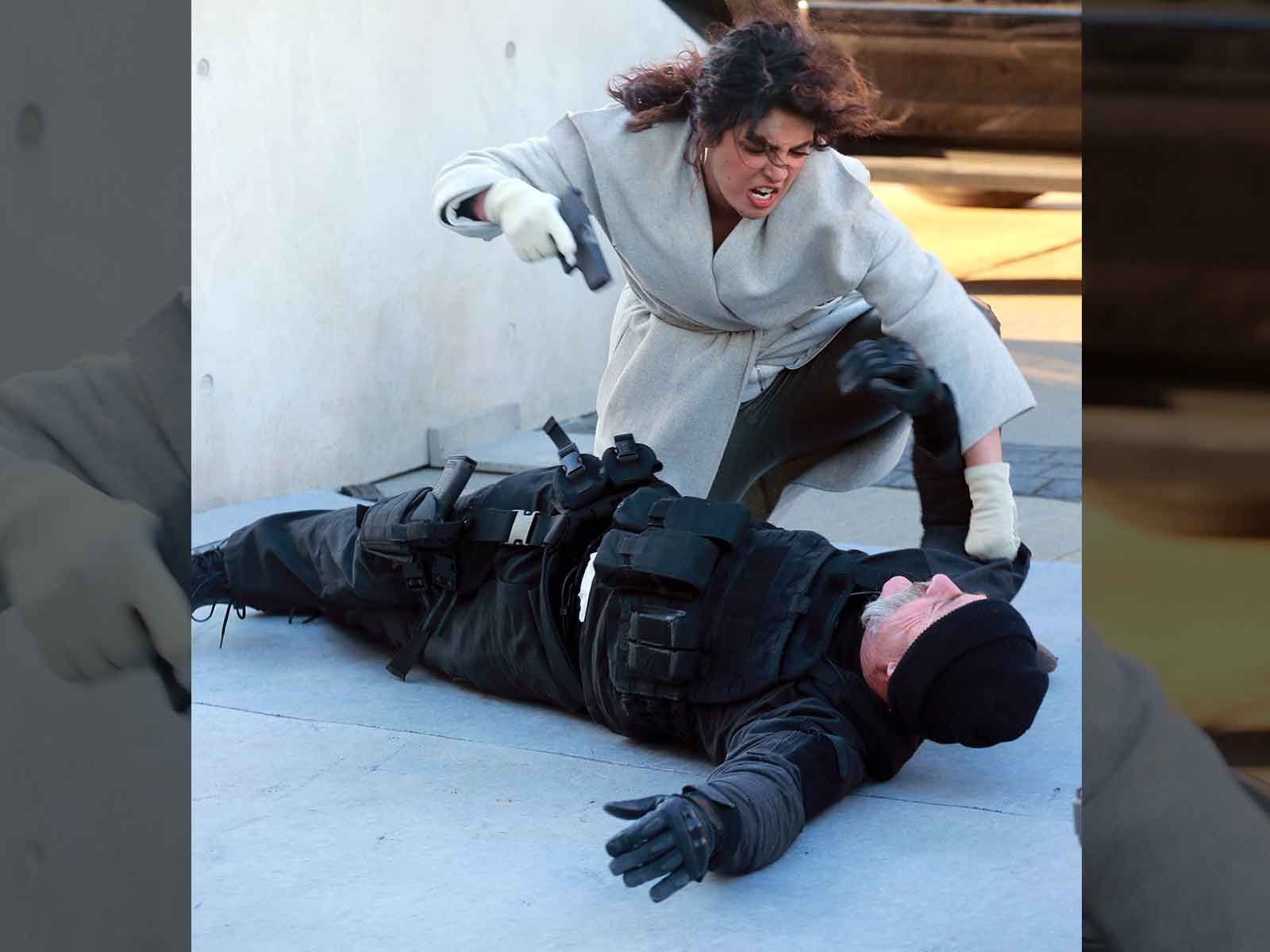 Priyanka Chopra is a Breathtaking Badass on 'Quantico' Set

Not-so-spoiler alert! Priyanka Chopra is going to kick some major butt in an upcoming episode of "Quantico." But, really, when isn't Alex Parrish kicking butt?

The actress was spotted filming for her hit ABC drama with co-star Blair Underwood and some poor fellow who looked like he's seen better days.

Chopra is seen knocking the man down and wrestling his gun away - presumably saving the country yet again. Blair Underwood doesn't look like he was helping either side all that much since he's supine on the ground.

The new season of "Quantico" begins April 26th on ABC.