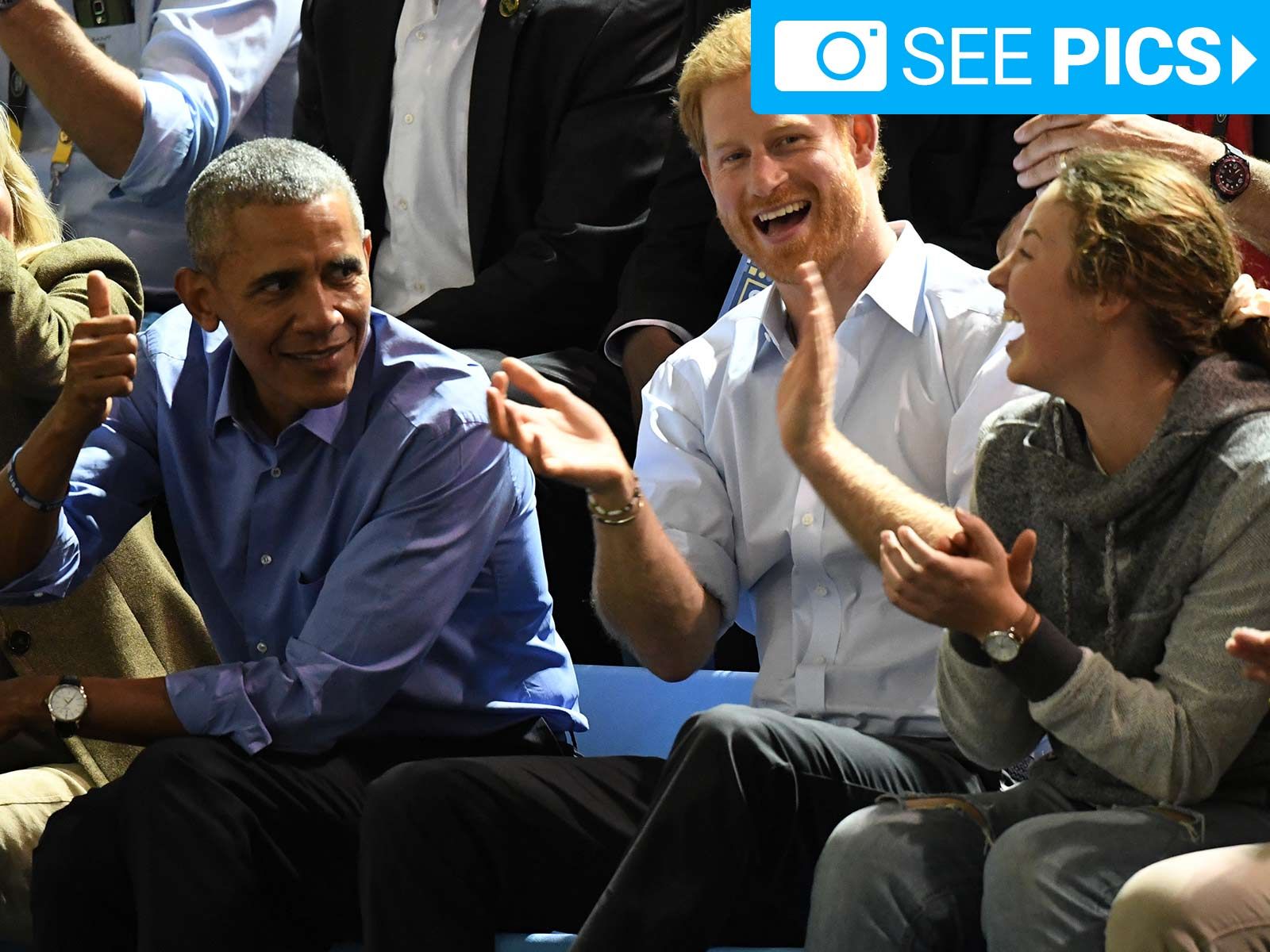 Prince Harry and President Obama Court Each Other

Prince Harry and Barack Obama rekindled their bromance over basketball.

The pair shocked fans when they showed up at the Invictus Games in Toronto, Canada on Friday.

Prince Harry, who's cheered on athletes at several of the sporting events this week, invited the President and Joe Biden as his special guests.

Michelle Obama was not in attendance, but that didn't stop Harry and Obama from having the time of their life. They cheered, laughed and even posed for pictures with the audience and the athletes after the game.

The two are actually longtime friends and have hung out several times over the years, including last April when the Obamas stopped by Kensington Palace for dinner.