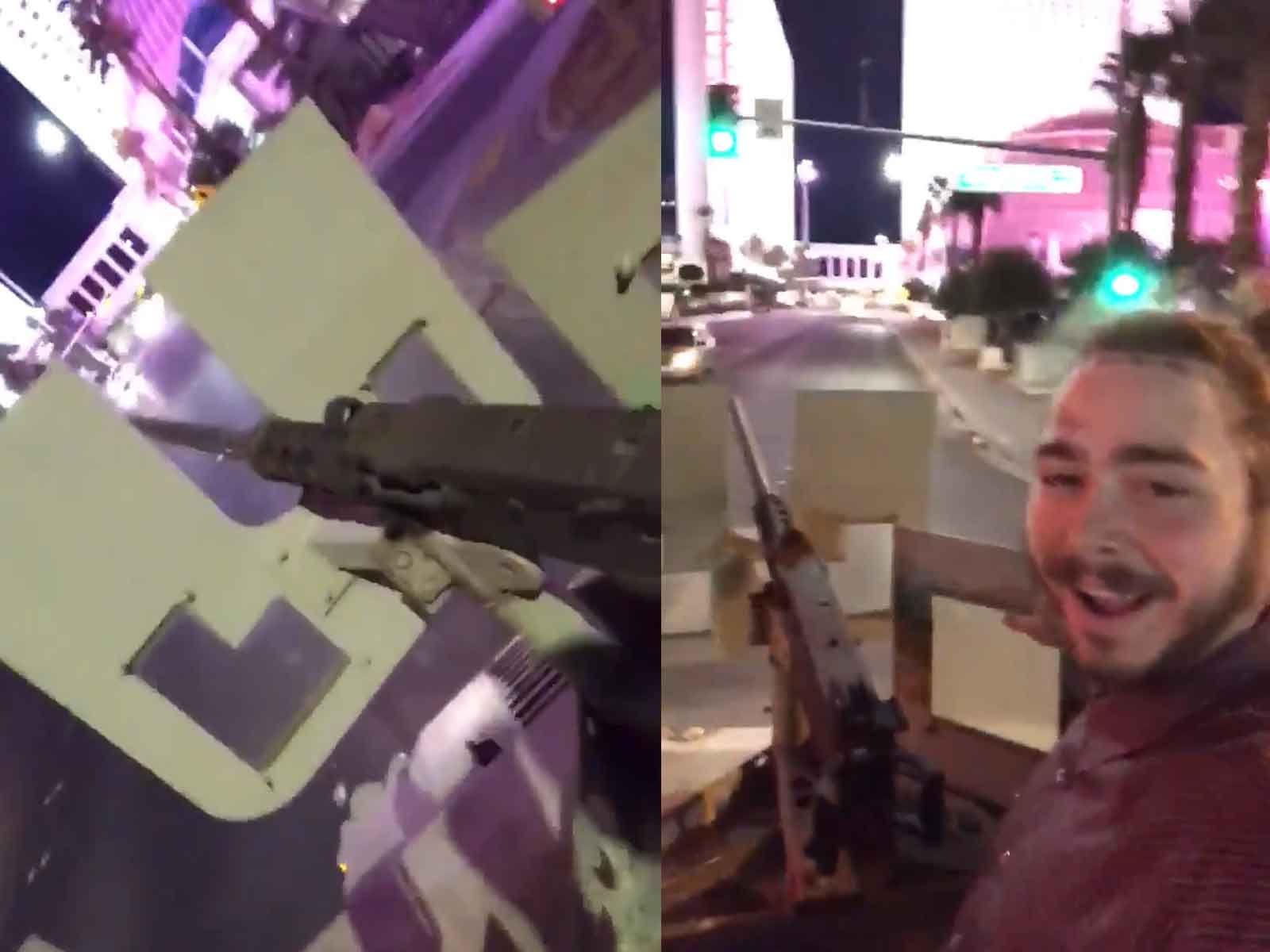 Post Malone got a quick backlash from his fans after he took a heavily armored lift around Las Vegas atop Humvee with what appeared to be a fully automatic machine gun, but the rapper is claiming the weapon was fake and he did not mean to upset anyone.

The "Rockstar" rapper posted the video Wednesday night riding in a turret on top of the vehicle. Malone was not holding the weapon, which appeared to be unloaded, but fans of the rapper quickly expressed disdain for driving around Las Vegas with a firearm so soon after October's deadly shooting during the Route 91 Harvest Festival.

The rapper was quick to defend himself, claiming the mounted machine gun was fake and insisting he meant no disrespect.

Post doubled down on his apology the next day tweeting, "Honestly, never meant to offend anybody. i apologize if i did. had no bad intentions. got offered a ride in the humvee and took it."

Battlefield Vegas is a popular indoor shooting range that allows customers to shoot full-auto machine guns. They also have a full line of tanks and other armored vehicles to drive around their property.

The Las Vegas massacre, which claimed the lives of 59 innocent victims and injured over 800, is the deadliest shooting in modern U.S. history.