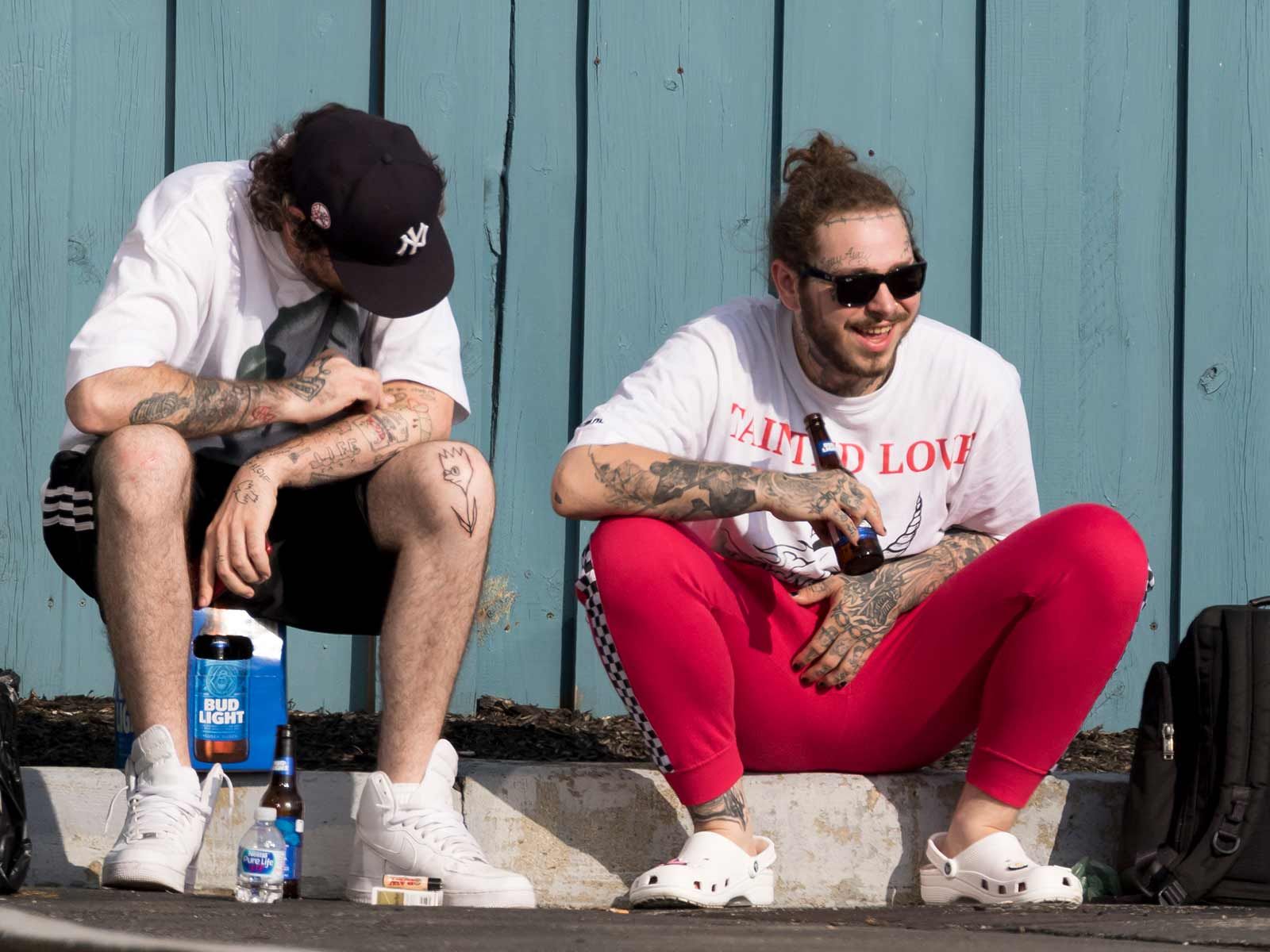 Post Malone is happy to be back on land after his private jet made an emergency landing and to celebrate ... he cracked open a cold one!

The "Celebration" rapper was seen sipping on a Bud Light midday Tuesday after his flight landed at Stewart International Airport in New York. He seemed in good spirits despite the earlier incident.

As The Blast reported, two of the plane's tires blew and the crew had to circle in the air for several hours to burn fuel.

Thankfully, Post and his friends landed safely and had a few leftover beers laying around.