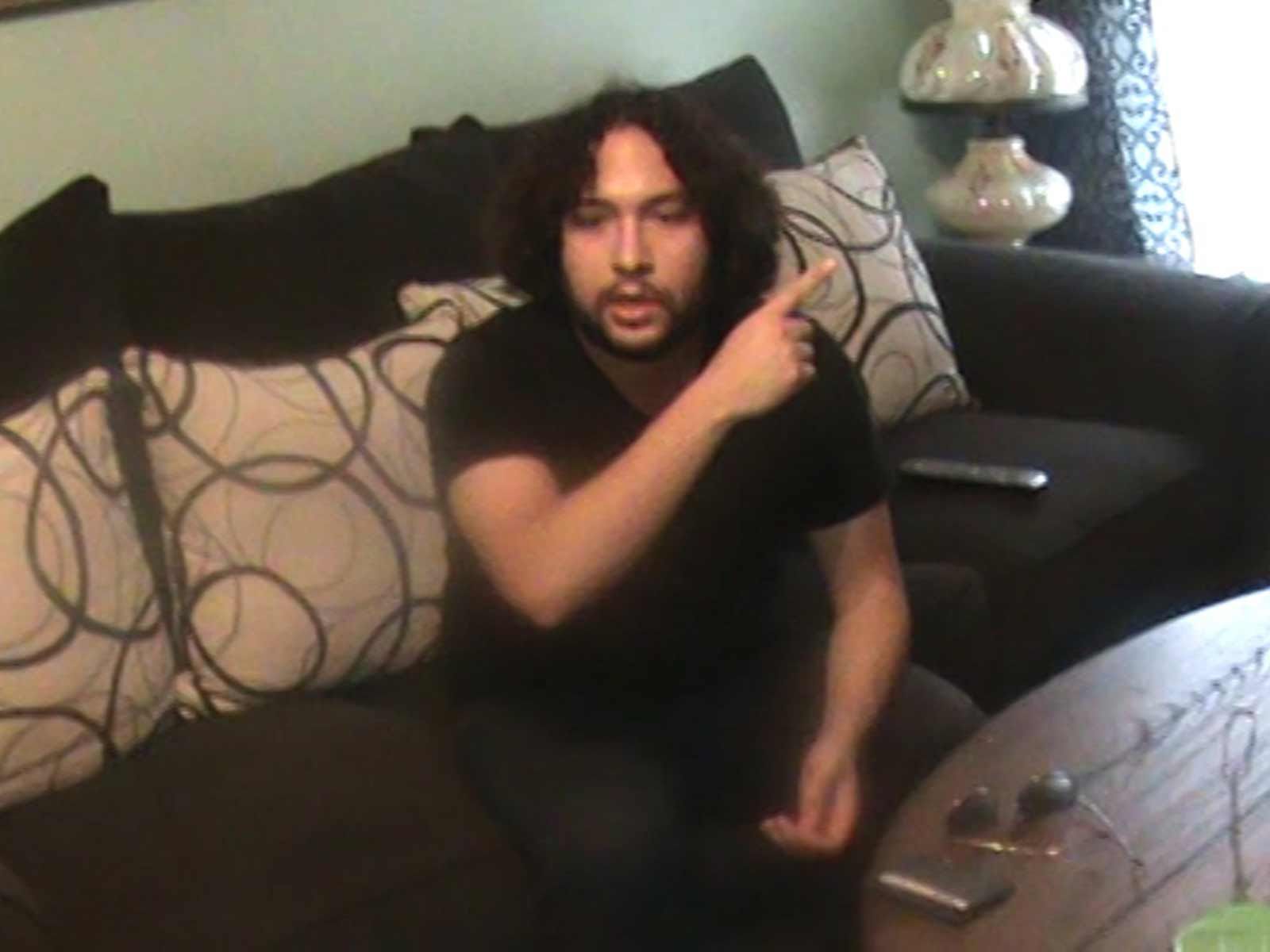 Unfortunately, it was only a few days later when he became aware of similar scams apparently carried out by the same man using a new fake Evil Angel email address.

Recently, Adam was contacted by an industry friend who put him in touch with Deana Embry, a Dallas-area woman who realized she had fallen victim to Reveriano's scam. Grayson and Embry then plotted to use a second meeting Embry had scheduled for two days later as an opportunity to catch him on camera.

We're told Reveriano arrived at Embry's home while Gil Wilson, a local private investigator hired by Grayson, set up cameras for the expected meeting and waited across the street for Reveriano to arrive. Another man was set up in the house to ensure Embry's safety throughout the sting operation.

Seconds after the man stepped foot inside the woman's home, the P.I. burst through the door and began to interrogate him. Reveriano, noticeably scared, quickly admitted to his real identity and that he had misrepresented himself as an Evil Angel scout in an effort to trick women into having sex.

After roughly ten minutes of questioning, Reveriano was allowed to go on his way, but given a stern warning to never attempt this scam again. However, Embry filed a police report with the Dallas Police Department who issued Reveriano a citation for misdemeanor assault.

Because the sex with Embry was consensual, he was not charged with a sexual crime, but according to court records was cited for grabbing the victim's "butt."

“I just didn’t want him to do this to anyone else, it’s not fair,” Embry says, explaining why she went forward with the set-up and police report.

The case is currently under investigation. Reveriano was unable to be reached for comment.