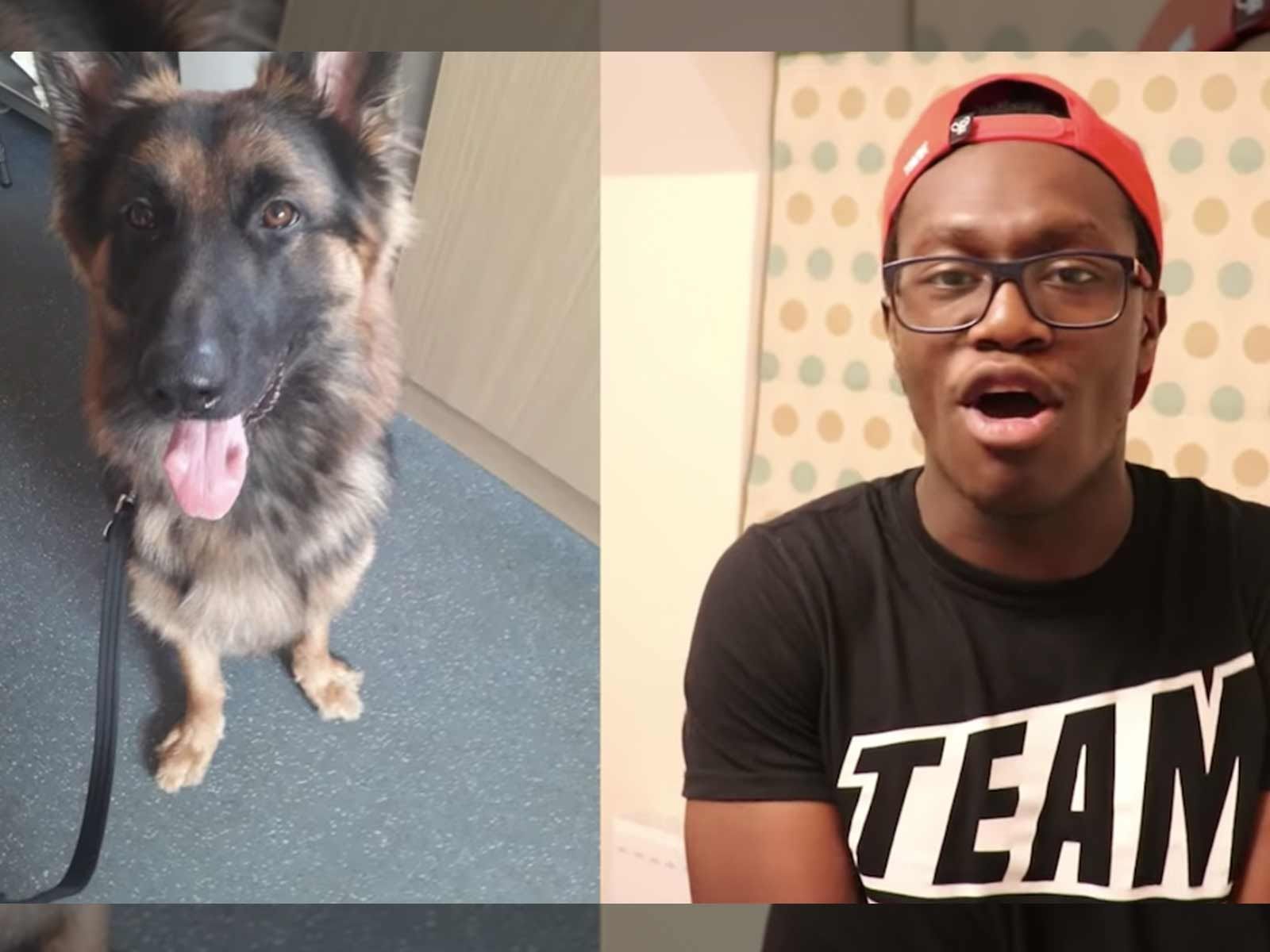 YouTube star Deji Olatunji is trying to rile up his millions of followers claiming cops stole his dog because he allegedly "nipped" an overly dramatic neighbor looking for a payday, however, the police tell a different version of the story.

Deji – AKA ComedyShortsGamer – recently uploaded a video titled "THE POLICE STOLE MY DOG" wherein he claimed that back in July, cops stole his 1-year-old German Shepherd, Tank, following an incident where he "nipped at" a neighbor. Deji claimed Tank had no history of attacking anyone and that he was provoked by the woman, who he alleged hit Tank repeatedly and left his nose bruised.

Deji says he and his family placed Tank in a kennel "out of respect to our shit neighbors." He says authorities became involved and arrived at his home shortly after that. Cops asked him to sign some paperwork which he claimed he believed would allow him to get Tank back – but Deji says police "lied," seized and relocate Tank to another kennel. He claimed his dog was taken to turn into a police K-9 and never to return to him ever again.

The Blast spoke with a representative for the Cambridgeshire Constabulary, who has jurisdiction over the Peterborough, England area where Deji resides. We're told there is no truth to the YouTube star's claims that his dog is on the way to a K-9 academy.

Additionally, the attack on Deji's neighbor was allegedly one of two harmful incidents. The spokesperson says Tank was "seized under the Dangerous Dogs Act 1991 following two incidents whereby members of the public were injured." While police were unable to provide specific details, the communications officer added "one of the incidents resulted in injuries to a member of the public that were described as 'serious.'"

We are told the dog "remains in police approved kennels until a charging decision is made by the Crown Prosecution Service, of which we are currently awaiting."

Since coming forward with his story, Deji has been rallying for his pet's safe return, even promoting a petition to #FreeTank that has amassed over 270,000 signatures.

While Tank remains in a kennel, police say "The force has received a complaint from the owners about the seizing of the dog which is being looked into."

As for his beef with the neighbor, the YouTuber, who recently lost a boxing match to Jake Paul, insists he has gone out of his way to be neighborly and suggests the people next door "just want money."

In a statement provided to The Blast, Deji refuted all but one of the allegations, explaining that while Tank did nip his neighbor, it was a one-time thing. He adds that the second incident referenced by police actually involved his neighbor's son-in-law and "was a lie, because the dog did not get close to him, as my mum was there the whole time comforting the neighbour until she went inside the house."

The YouTuber added, "Everything that had been coming from the Police were [a] pack of lies and that was why my mum had to make several complaints about the Police on how they carried out their investigation which included lies, bullying etc."