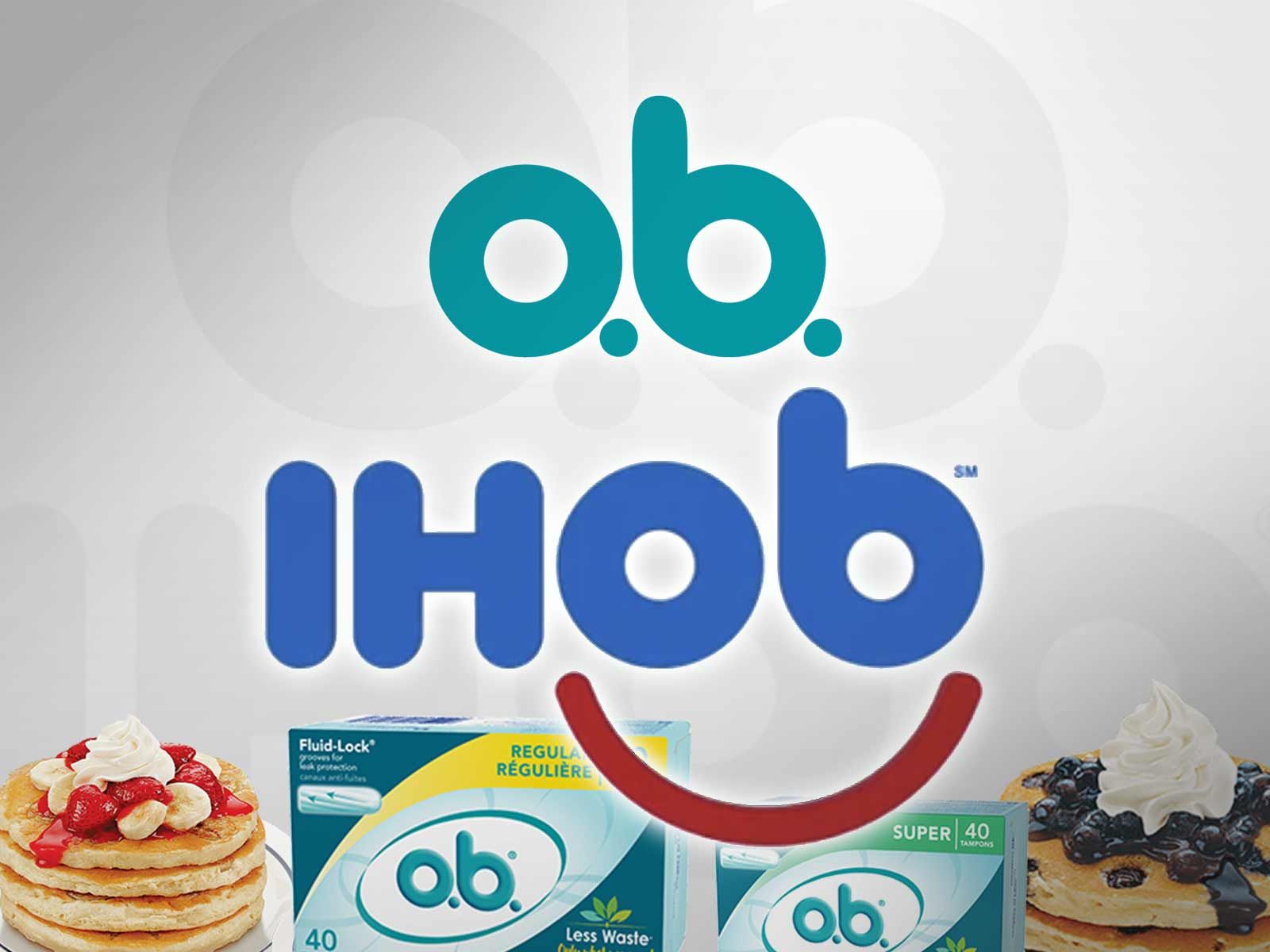 O.B. Tampons 'Flattered' That IHOP's New Logo Looks Like Theirs, But Offers a Warning ...

When IHOP announced they were changing their name to IHOb as part of some kind of promotional campaign, most people on social media couldn't help but notice their "new" logo looked a lot like the logo for tampon company o.b.

Devon Driscoll, Brand Manager at o.b., tells The Blast, "At o.b. we are flattered that IHOB’s new logo so closely resembles our own! Just make sure you don’t confuse the two – o.b. tampons and syrup don’t mix!"

It's kind of amazing that no one at the International House of Pancakes caught the similarities because almost all of social media did.

Who's hungry for pancakes?