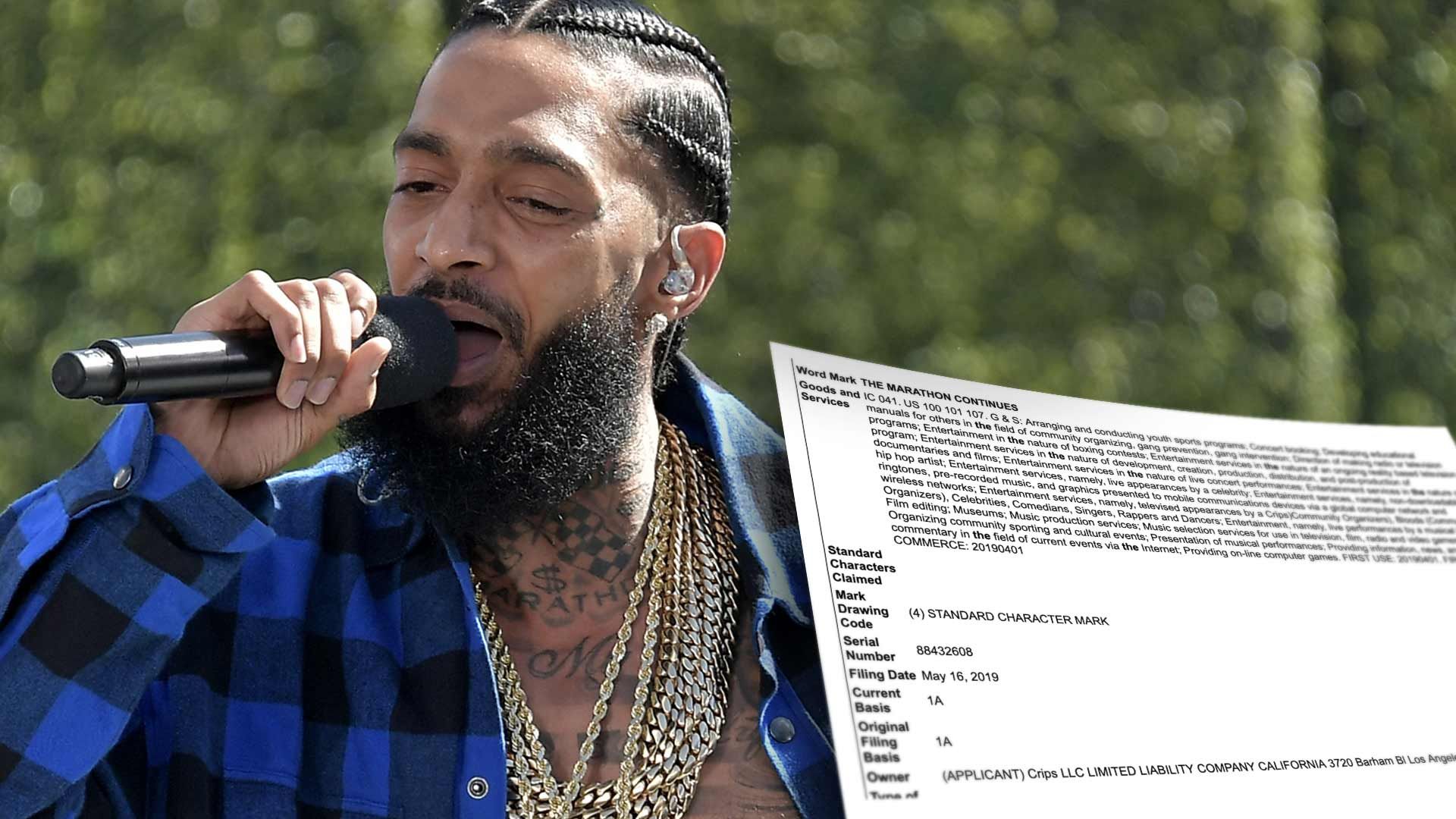 The Crips Move to Lock Down Nipsey Hussle's 'Marathon' Slogan

Nipsey Hussle was a well known member of the Crips street gang and touted the organization until the day he died, and now they're looking to use his famous slogan to help better the lives of youth in the community.

According to documents obtained by The Blast, the Crips moved to register "The Marathon Continues," to be used in a mixture of services, including "Arranging and conducting youth sports programs."

The application was actually filed by the Crips holding company, Crips LLC, on May 16.

Among the other services listed for Nipsey's catchphrase, the Crips included, "Developing educational manuals for others in the field of community organizing, gang prevention" and "gang intervention."

The application also mentions entertainment services to be provided by celebrities, comedians, rappers and "community organizers" from both the Crips and the Bloods.

An attachment in the application also mentions a documentary titled "The Marathon Continues," that is slated for a summer 2019 release on "all streaming platforms."

The Crips first registered their LLC in 2018, along with the Bloods street gang, who registered Bloods LLC.

At the time, a press release was put out announcing the rebranding of the organizations under the holding companies, and a refocused energy on the communities in South L.A.

After Nipsey's death, the Crips and Bloods united to bring peace in the streets, and even held a meeting with the top captains in each organization.

Interestingly enough, Nipsey Hussle never obtained a trademark for "The Marathon Continues," even though it was the name on his 6th album mixtape, along with the brand of his popular clothing line.

It's unclear if Nipsey's family is on board with the Crips taking the trademark over, or if they will try to keep the name in the family especially now that Puma has announced a posthumous line dedicated to the fallen rapper.