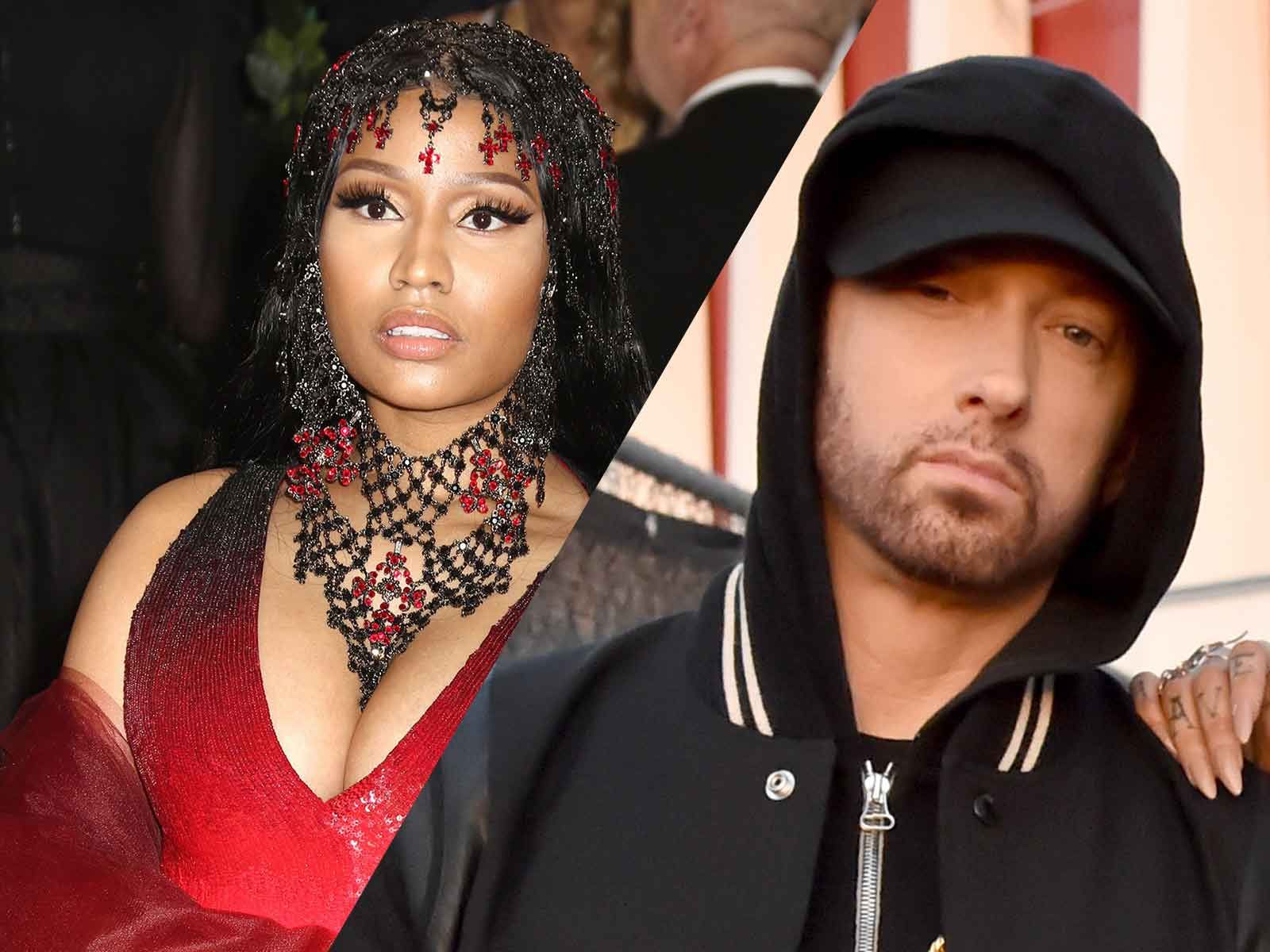 Nicki Minaj and Eminem are at the center of some major headlines, and it definitely has to do with making sweet music.

Her lyrics in the song goes a little something like this: "Told 'em I met Slim Shady, bag the M / Once he go black, he'll be back again."

Fans went nuts and one asked her straight-up if they were dating. Nicki replied, "Yes." ?

What's more, Marshall Mathers himself added legitimacy to the claims by commenting "girl you know it's true..."

Now, everyone's fighting via social media over whether or not it's a joke. So far, neither Nicki or Eminem have said anything else.

The two have history, though. Don't forget they teamed up for Nicki's hit "Roman's Revenge" in 2010.

Could this be hip-hop's new power couple?!