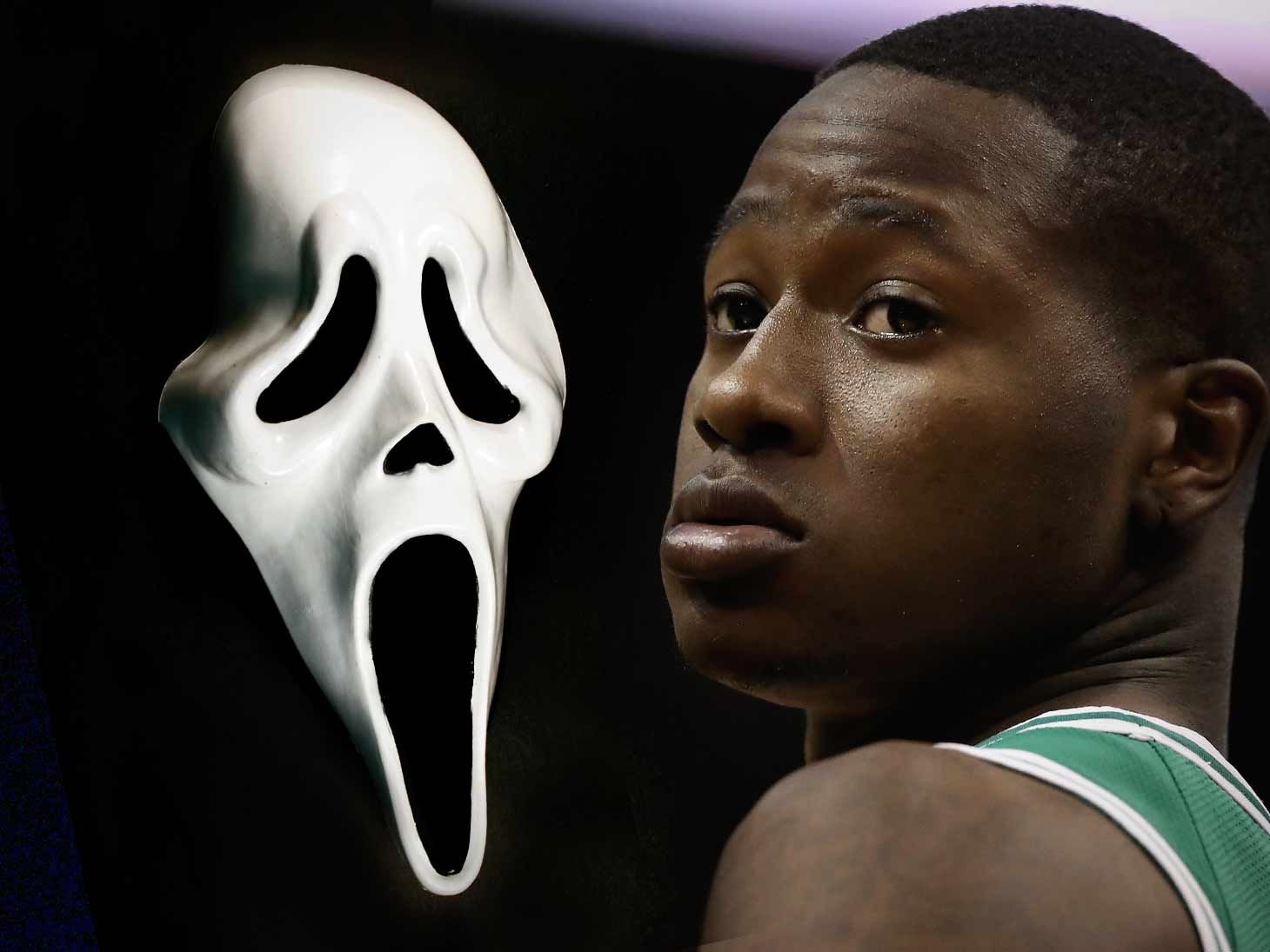 Boston Celtics star Terry Rozier allegedly made some terrifyingly awesome cash from selling his own merchandise using the iconic mask from the movie, "Scream," but the creators of the mask believe they got tricked, and now they definitely want to collect a treat.

Rozier, who goes by the nickname, "Scary Terry," has been hawking shirts and sweatshirts featuring his slogan combined with the infamous mask from the 1996 thriller, "Scream."

Fun World costume company claims they are the original designer of the "Ghost Face Mask," and officially licensed it for use in the slasher film and other movies.

Fun World says, as a result of the "Scream" flicks, the "Ghost Face Mask has become widely famous and remains a popular Halloween costume mask."

The company says the Boston Celtics player is using their design and copyright without permission, claiming he has, “adopted the Ghost Face Mask design as his own mascot and paired the design with his alter ego "Scary Terry."

Fun World accuses Rozier of ripping off their work and making a profit, and are suing for unspecified damages plus $150,000 per infringement.

They also want an injunction prohibiting the NBA star from continuing to sell the ‘Scary Terry’ merchandise.

Kind of interesting, "Scary Terry" has also been used as a character on "Rick and Morty," but it's unclear if Adult Swim takes any issue with the name.

The only thing scarier than the "Scream" mask? Dealing with the lawyers over the money you've made from it.