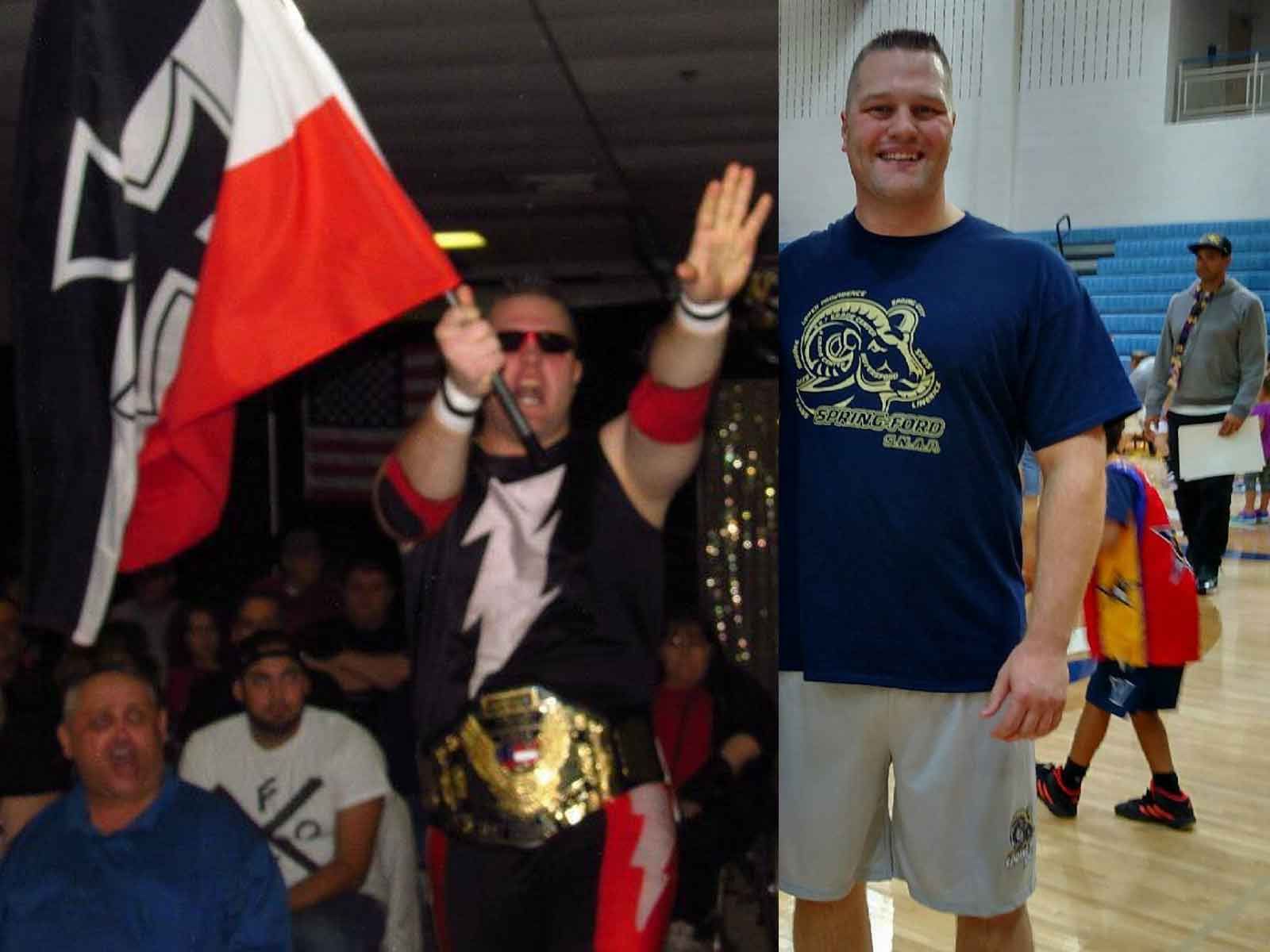 Nazi-Themed Wrestler To Continue Teaching After Internal Investigation by District

The Pennsylvania school teacher who moonlighted as Blitzkrieg the German Juggernaut, a wrestler with a Nazi-themed gimmick, will not lose his job following an internal investigation by the school district and he is also apologizing for the offensive behavior.

The Blast obtained an email sent out Wednesday afternoon alerting students and parents that Mr. Kevin Bean had been cleared to keep teaching the 6th grade following an investigation by the Spring-Ford Area School district. David Goodin, the district's superintendent, writes "Based on the investigation completed we have found no evidence indicating violation of board policies by Mr. Bean. As such, Mr. Bean will continue to remain a teacher within the District."

Bean also apologized, but did not say he was going to hang up his Iron Cross Flag anytime soon: "The character I portrayed did not reflect my personal feelings or beliefs and I do apologize to those in the community who were offended by such actions," adding, "I have spent many years working in the Spring-Ford community and pride myself in providing an exceptional education to my students over the course of 14 years."

The Blast broke the story, Bean's district launched an investigation after video of his of his extracurricular activities became were circulated online

The video in question, originally found by ProWrestlingSheet.com, showed the teacher wrestling with a local company as his Nazi counterpart. The YouTube video, which has since been removed, showed Bean entering the ring doing Nazi salutes, shouting "Sieg Heil" and waving a German Iron Cross flag.

It's unclear if Bean will continue to wrestle under the Blitzkrieg persona.