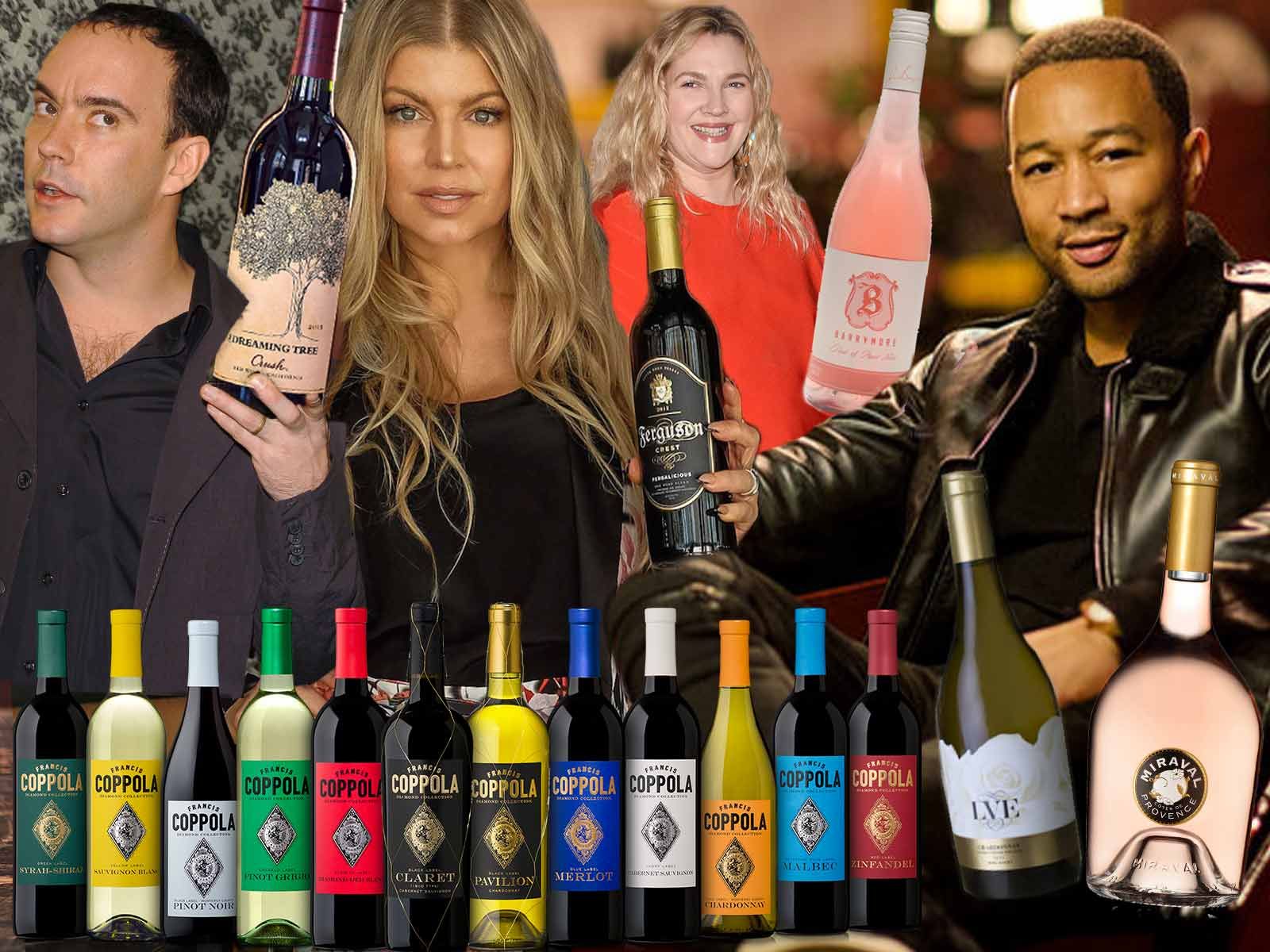 ?Happy National Wine Day? Did You Know These Celebs Had Their Own Wine?

Is there a better holiday than national wine day?! Nope.

This Memorial Day Weekend, we're saluting the red, white and rosé! We're not alone in our love for vino, many a celebrity has gotten into the wine game over the years.

Keep an eye out for these celebrity labels the next time you need a glass — or bottle!

Probably the most well-known celebrity-helmed wine comes from the iconic film family, the Coppolas. With 12 distinctive wines in the Francis Coppola Diamond Collection and the effervescent Sofia bubbly, there is something for every wino. The eponymous Sofia label was originally started as a gift to the Oscar-winning director's Oscar-winning daughter and it caught on like wildfire. We especially love the individual Brut Rosé and Black de Blancs Mini's that are perfect for whatever BBQ you're headed to this weekend.

What could be better than pairing a Chrissy Teigen recipe with a John Legend wine?! In 2015, the Grammy winner partnered with Raymond Vineyards to launch the Legend Vinyard Exclusive collection, which includes Chardonnay, Cabernet Sauvignon and a Red Blend. And, because John Legend is good at everything, all three bottles received a 90 point or above rating from Wine Enthusiast. All of me loves all of you ???.

If you want a noble reason to sustain your vino habit, Dave Matthews' The Dreaming Tree Wine is sustainably conscious from vine to table. The label boasts five different varietals for both red and white wine lovers. The labels are made from 100% recycled kraft brown paper and the bottles use less glass than average ones, plus the company has donated over $1,000,000 to environmental organizations. All you need is, all you want is ... all you need is love wine. Everyday.

It doesn't get cuter than a celebrity father-daughter duo. Black Eyed Peas frontwoman Fergie collaborated with her dad to create her own red blend under their family label, Ferguson Crest. The blend is aptly named Fergalicious. According to Wine Spectator, the Syrah, Grenache, Cabernet Sauvignon and Petite Verdot blend is actually quite tasty, tasty and gave it a 90 point rating.

Despite their recent divorce, Brad and Angelina are thankfully still staying together for one important reason: rosé. The former power couple bought a wine estate in France back in 2011 and decided to keep the brand as an investment for their children. That's good news for us because the Miraval Rosé is something we look forward to every Spring. Winemaker Marc Perrin, Brangelina's partner, says the 2017 vintage is their best since 2012. Miraval is releasing a new Organic Rosé this summer called “Muse de Miraval.” Oui, s'il vous plaît.

When you think football, you usually think beer but you can bring your end zone dance to a fancy cocktail party with Hall of Famer John Elway's 7 Cellars wine. The Broncos GM and former star of the team created the vintage in collaboration with Rob Mondavi Jr. Plus, a portion of the proceeds goes to support Team Rubicon and “its mission to help returning veterans find a sense of purpose through disaster relief.”

Turns out wine is definitely on the Santa Clarita diet! Drew Barrymore's Barrymore Wine is made in collaboration with Carmel Road and features a rosé, a Pinot Noir blend and Pinot Grigio. The wines are crisp and fruit forward — just the way Drew likes it. The actress is a huge wine lover (?‍♀️same) and crafted her collection to be shared around the table ... though we are sure they're just as good on the couch watching Netflix.

It makes sense that when you're traveling the world in a rock band you're bound to try some awesome wines. Drops of Jupiter Wine, a collaboration between musician Pat Monahan and winemaker James Foster, was inspired by Pats international travels while on tour with his band Train. The band turned their love of wine and music into a Northern California based wine. Drops of Jupiter donates proceeds from sales to support Family House, a non-profit organization providing temporary housing to families of seriously ill children receiving treatment at the University Of California San Francisco Benioff Children's Hospital.

Live like your favorite celebs and drink up this National Wine Day. (But do it responsibly.)