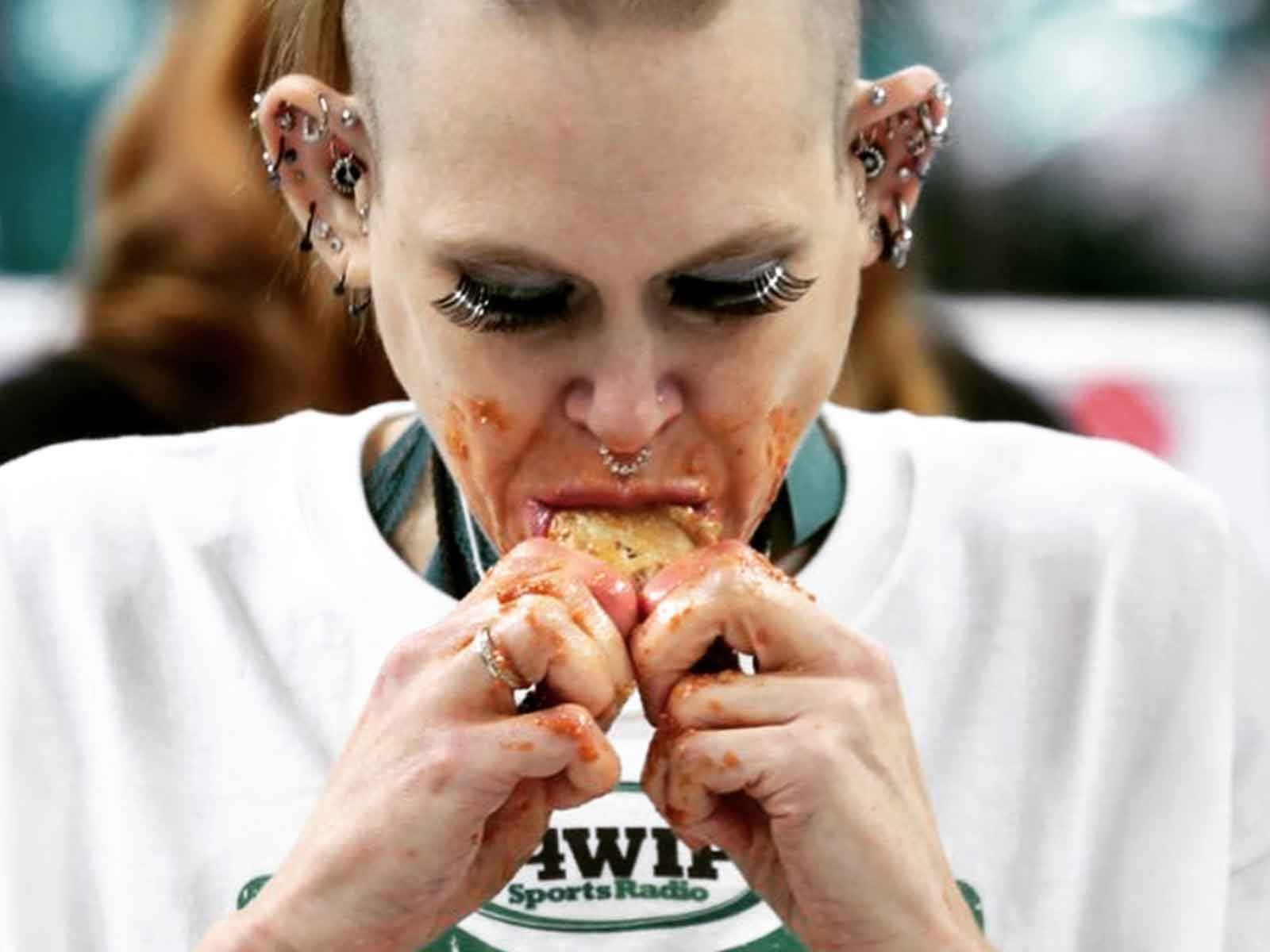 127 lb Schuyler ended up eating 501 wings in 30 minutes, putting her way ahead of the dozens of other competitors and even setting a Wing Bowl record.

Almost 20,000 fowl fans descended up on the Wells Fargo Center to watch the event, which was started in the 90s by a local Philly radio station and now has become a huge event that also caters to fans showing up and getting completely hammered.

The Wing Bowl always occurs a few days before the actual Super Bowl ... where everyone will more than likely eat a ton more wings.