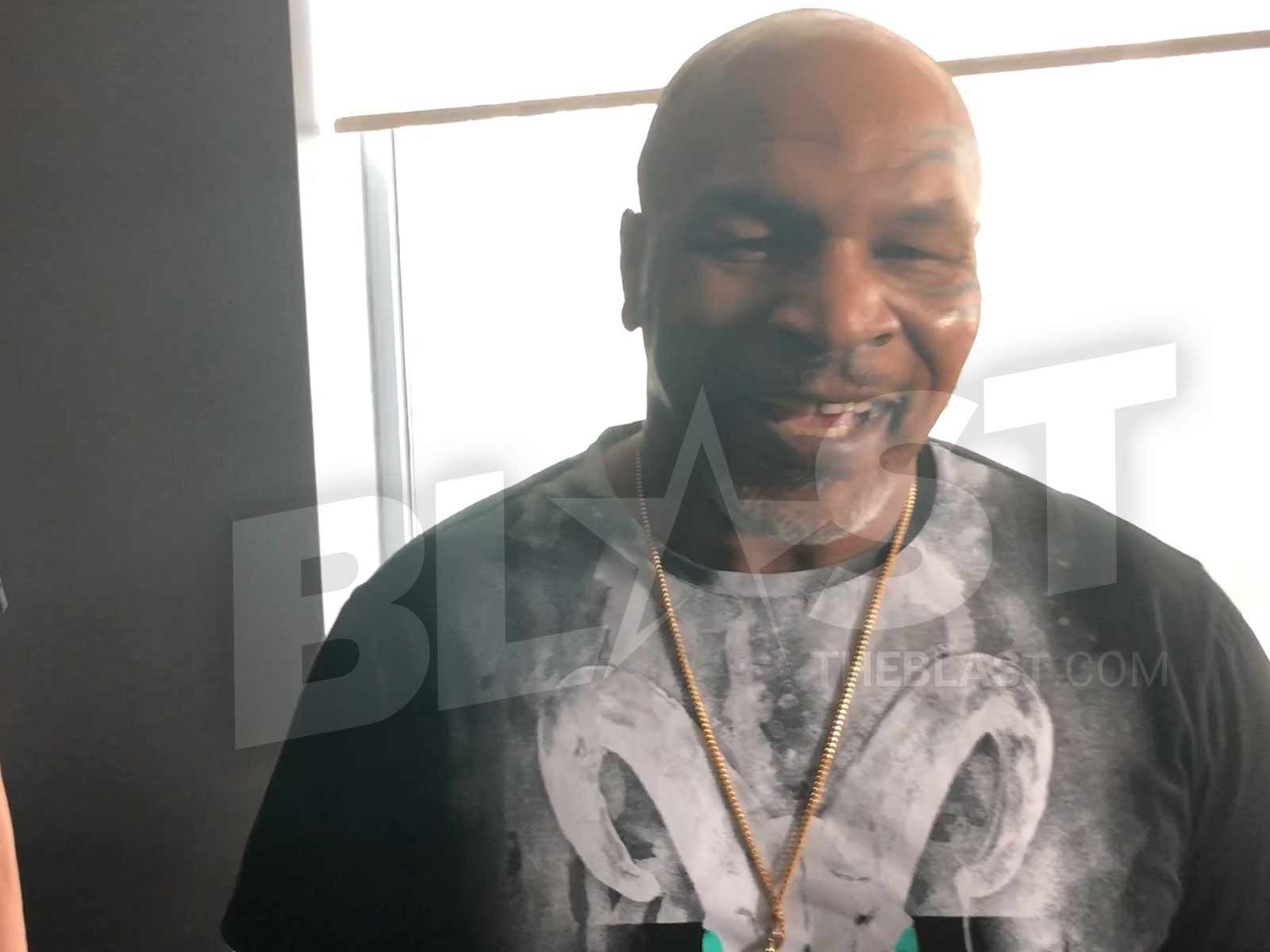 Mike Tyson's cannabis business is getting so popular, he's already taken it international and gotten the approval of one notoriously famous UFC fighter.

Both guys had just spent the previous hour smoking tons of high-grade marijuana, and were definitely still feeling the effects. Straumietis said they tried out Tyson Ranch's premium strains, including Purple Punch, Jelly Bean and KO Kush. They definitely got the cannabis expert's approval.

Speaking on his booming business, Tyson told us he recently purchased a bong company, and is planning on selling a limited edition series of glass featuring his signature.

The former heavyweight champ was also asked about his recent meeting with Conor McGregor in Ireland, and the smoke session that went down. According to McGregor, the two legendary fighters shared some of Tyson's KO Kush, and The Notorious said it was "really nice."

Tyson doesn't snitch on his pals, though, even if it's harmless. He simply smiled and informed us that he keeps that info to himself.