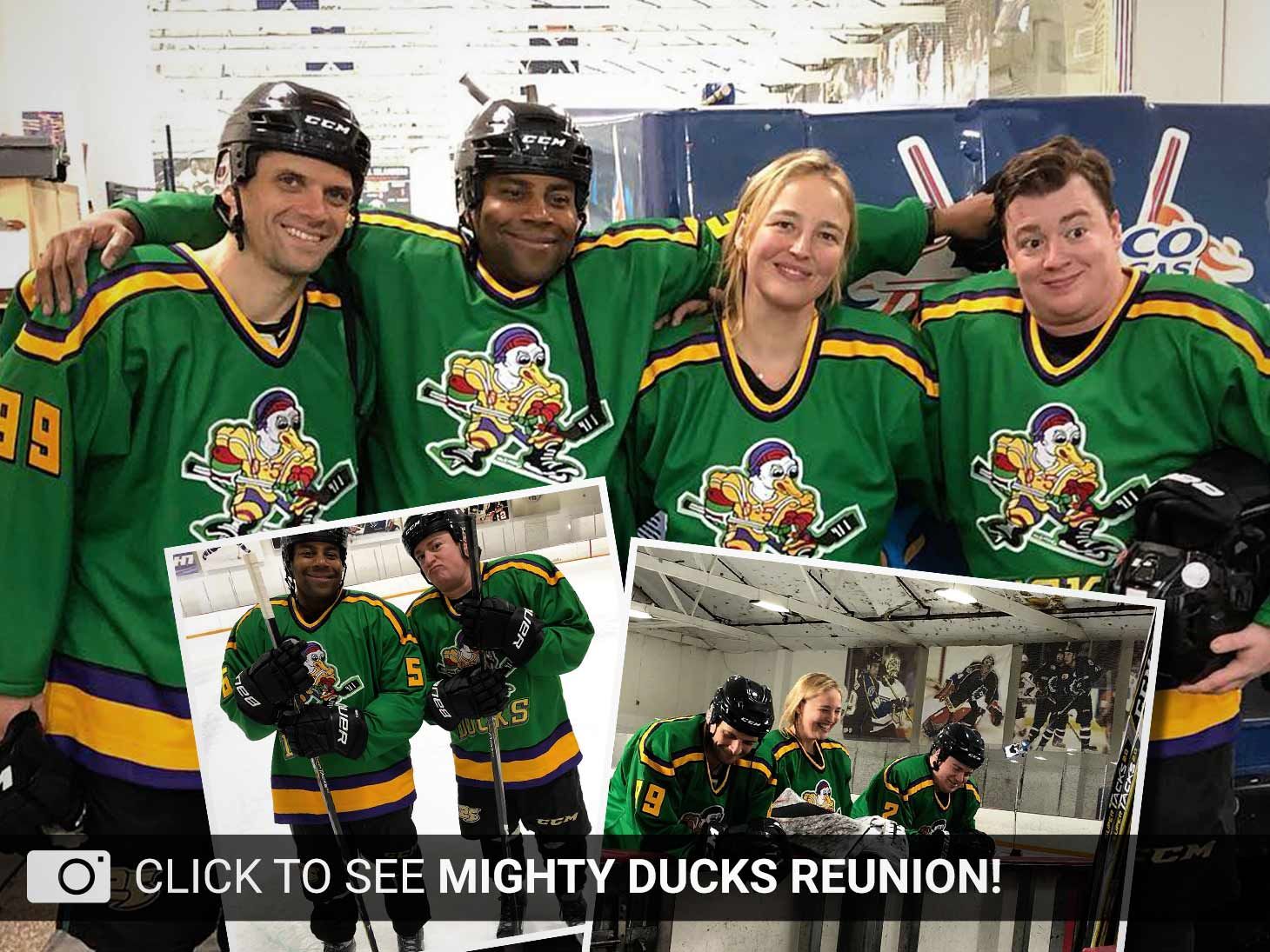 'The Mighty Ducks' Reunion Is So Ducking Cool!

Quack, quack, quack — the cast of "The Mighty Ducks" films had a little reunion to relive their glory days on the ice.

Danny Tamberelli, who played Tommy in the first film, posted a series of photos and videos on Sunday that show the flock still has got hockey skills.

He wrote on Instagram, "What a sweet day!! Thanks to the @anaheimducks for a great day reliving my #mightyducks season with some old friends!"

Kenan Thompson, who starred in "D2" and is famously known for the "Knuckle Puck," also took time away from his "SNL" gig to slap the puck around with the cast.

"D2: The Mighty Ducks" featured the misfit hockey players teaming up with a new crew to take on opponents in the Junior Olympics. Emilio Estevez starred as their coach.

The film came out in 1994 and became an instant classic with every group of kids on skates trying to do their own "Flying V."

The custom jerseys provided by the Anaheim Ducks really made the gathering particularly cool because they featured the names of the movie characters.

The reunion proves that ducks fly together.