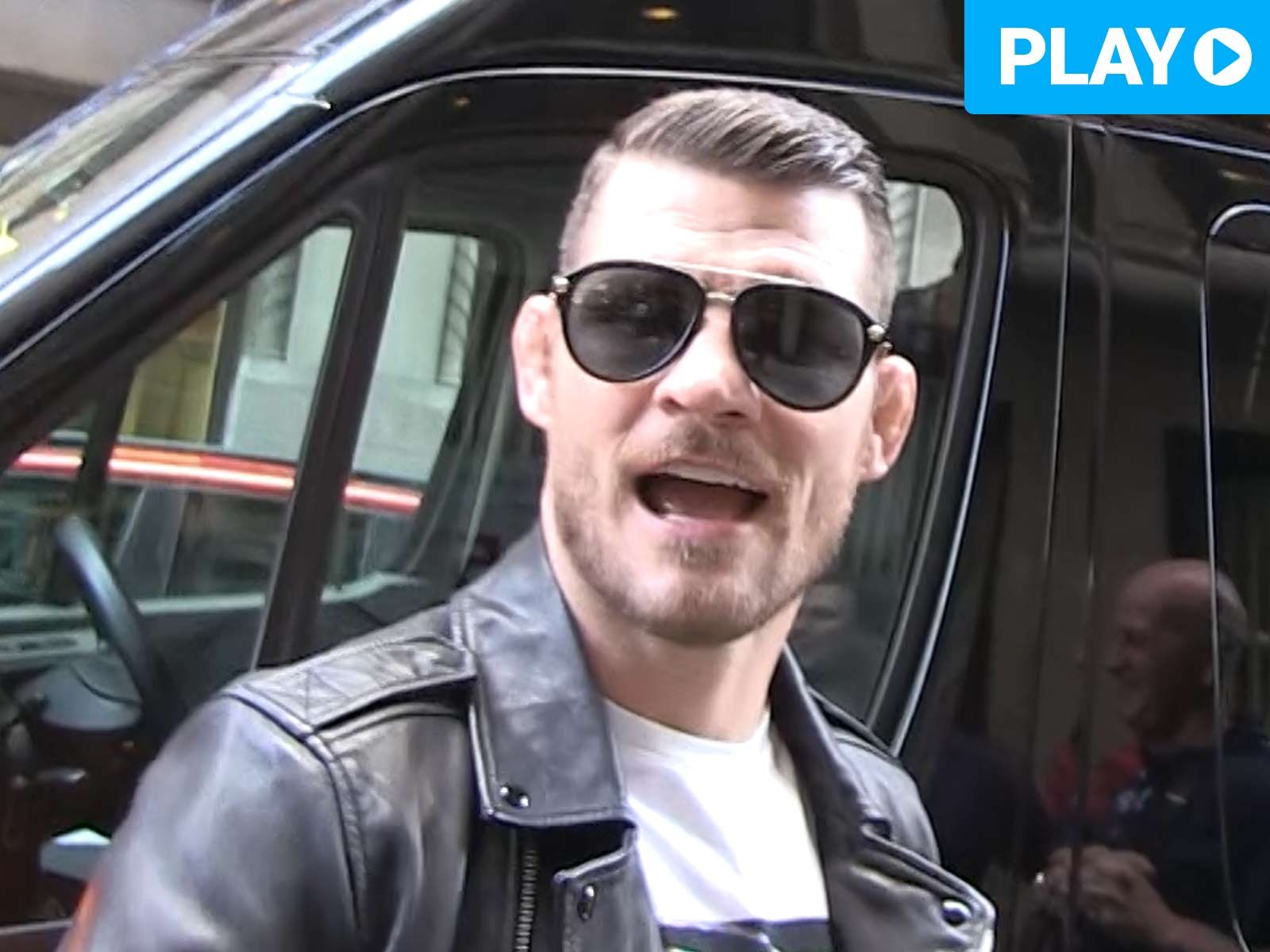 Michael Bisping is getting ready to face off against Georges St-Pierre this weekend ... but that all pales in comparison to the big news ... Justin Bieber and Selena Gomez are back together!

Bisping was in NYC Thursday promoting UFC 217 at Madison Square Garden when he was asked how he feels leading up to the big day. Bisping says he feels "on top of the world," and has already picked out his post-fight victory meal.

However, the UFC star stops dead in his tracks when Justin and Selena are mentioned, it's pretty hilarious.