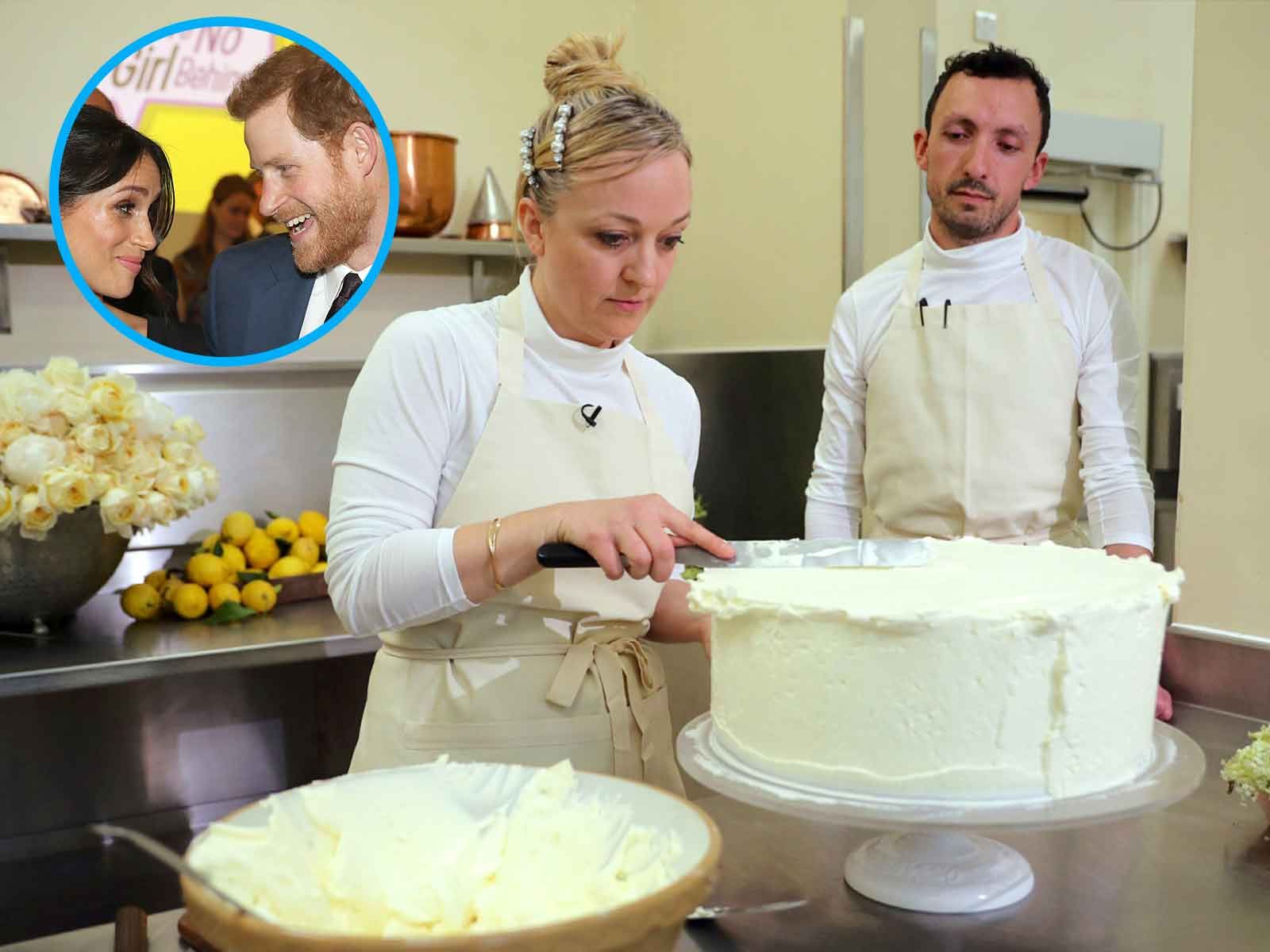 We're hours away from Meghan Markle and Prince Harry saying "I do," and now we're getting a glimpse at what the soon-to-be married couple will be shoving in each other's face after the ceremony!

We've got the official photos of the royal wedding cake, made by owner of Violet Bakery, Claire Ptak. It was announced in March the small London bakery would be designing the lemon and elderflower dessert. Earlier this week, Ptak posted a shot of 6 lemon crates arriving to the bakery, which will be used in the cake to feed the 600 attending guests.

She captioned the photo, "And so it begins ?."

The Royal Family released video of Ptak, who's a California native, hard at work inside Buckingham Palace baking the yummy dessert. In the footage Ptak describes the cake as "lemon sponge" with "Amalfi lemon curd" and a "Swiss meringue buttercream." The elderflower syrup is drizzled throughout the sponge.

This isn't the only delightful treat that's being made for Meghan and Harry's big day. As The Blast reported, several bakeries near the wedding location are making special desserts in honor Saturday's ceremony!

And of course, if you attend the wedding and don't get any cake, just hit up the Krispy Kreme on the way out of Windsor for one of their 7,000 donuts.