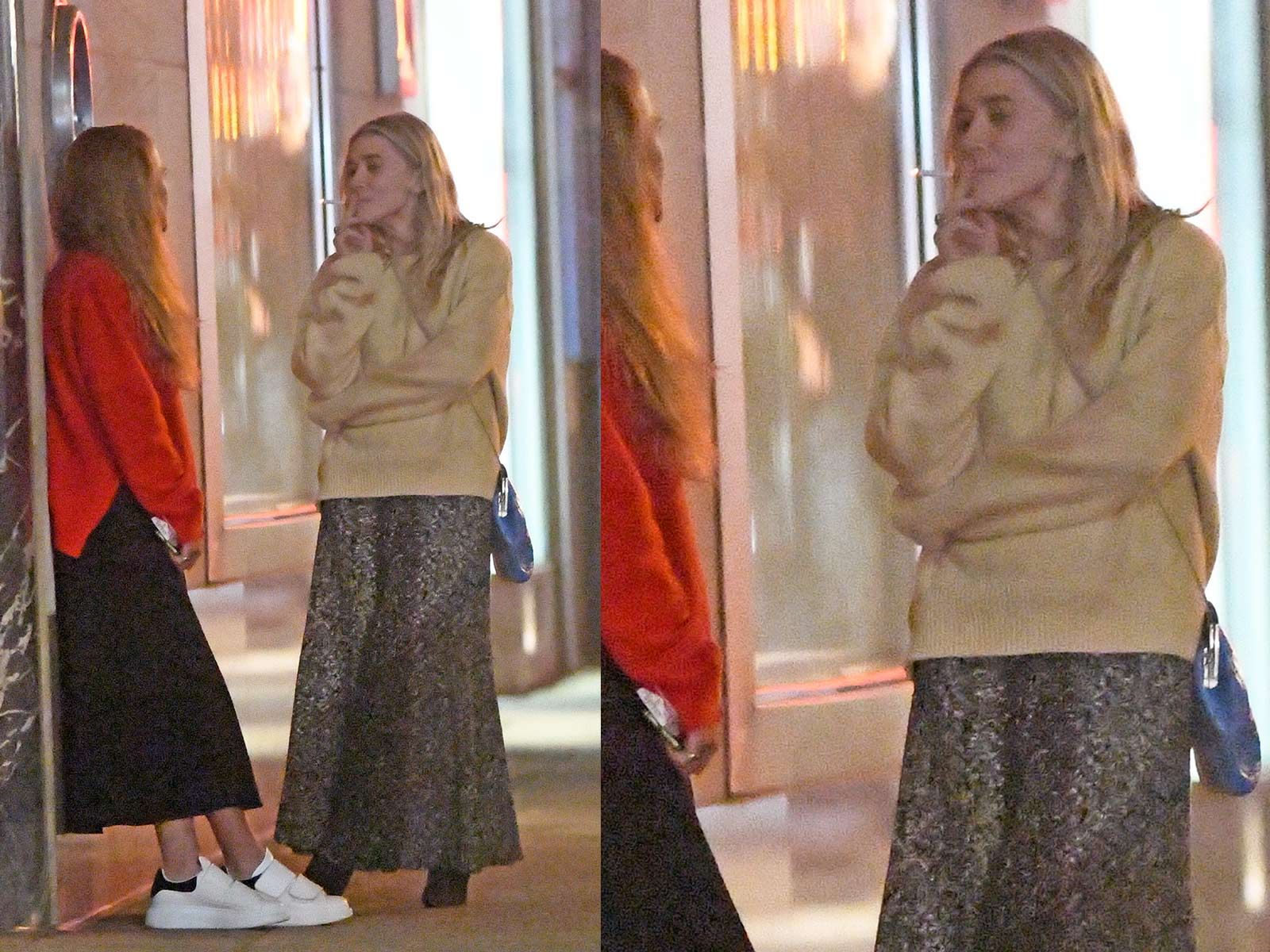 Mary-Kate and Ashley Olsen appeared TOGETHER in NYC ... ending the conspiracy that they are actually just one girl moving back and forth really quickly.

The very private 31-year-old ex "Full House" stars were seen together having a smoke break.

It was a good conspiracy theory while it lasted, but we guess it's back to discussing how NASA faked the moon landing.