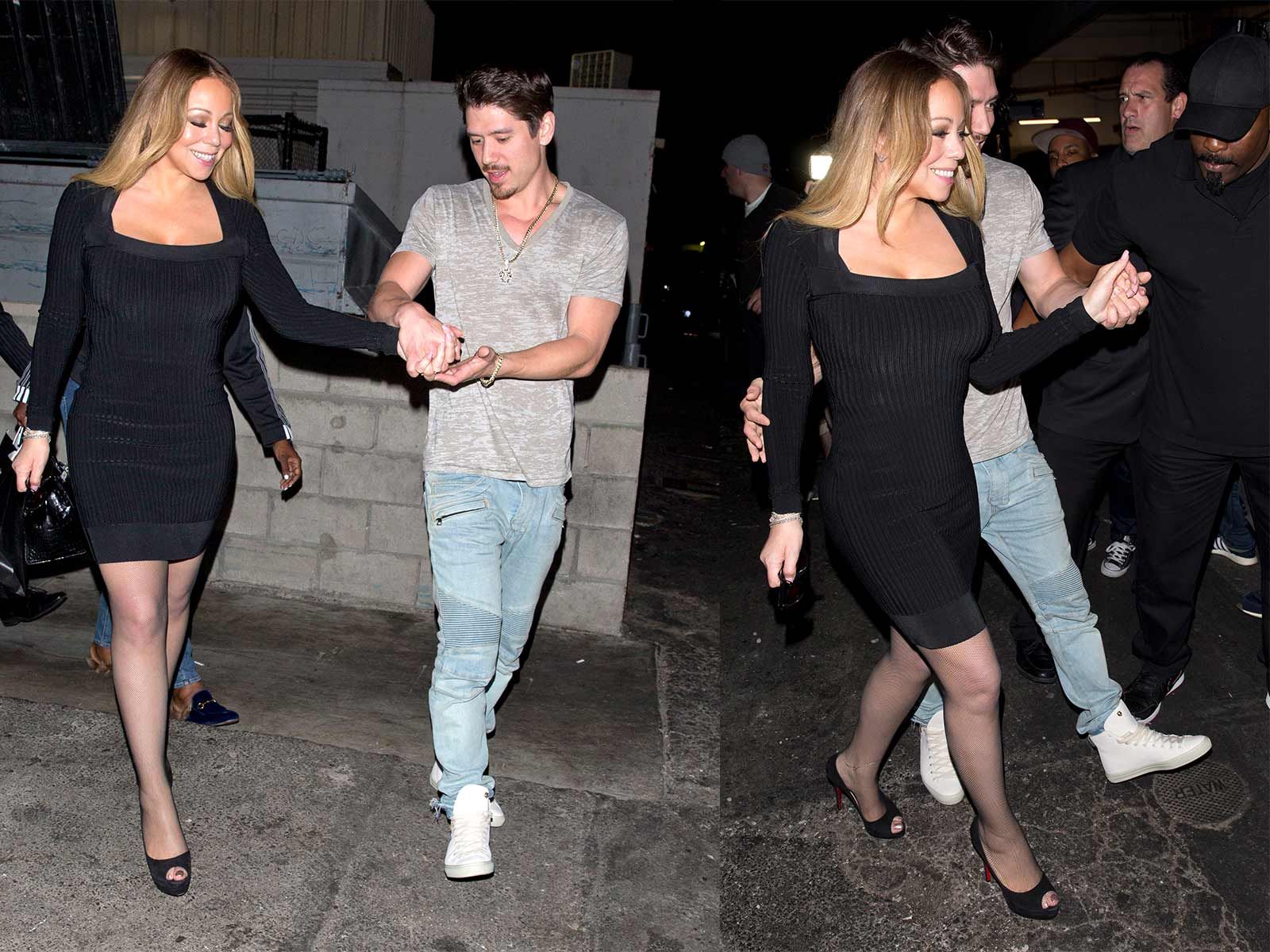 Mariah Carey couldn't contain her happiness as she left dinner with her boyfriend, despite the warnings that her personal life may be put on full display by one of her former advisors.

The singer was all smiles as she left Mastros while holding hands with Bryan Tanaka. Wearing a tight black dress and heels, Mariah showed off her killer curves and noticeable weight loss.

Surprisingly, she left her signature diamonds at home. Mariah's usually dripping in bling, specifically her $10 million ring from ex-fiancé James Packer, but this time she was subdued with only a butterfly ring and another simple diamond.

As The Blast reported, Mariah's former longtime manager has filed documents with the intent to file a lawsuit and has since suggested alarming details of the singer's alleged substance abuse issues and struggle with bipolar disorder.