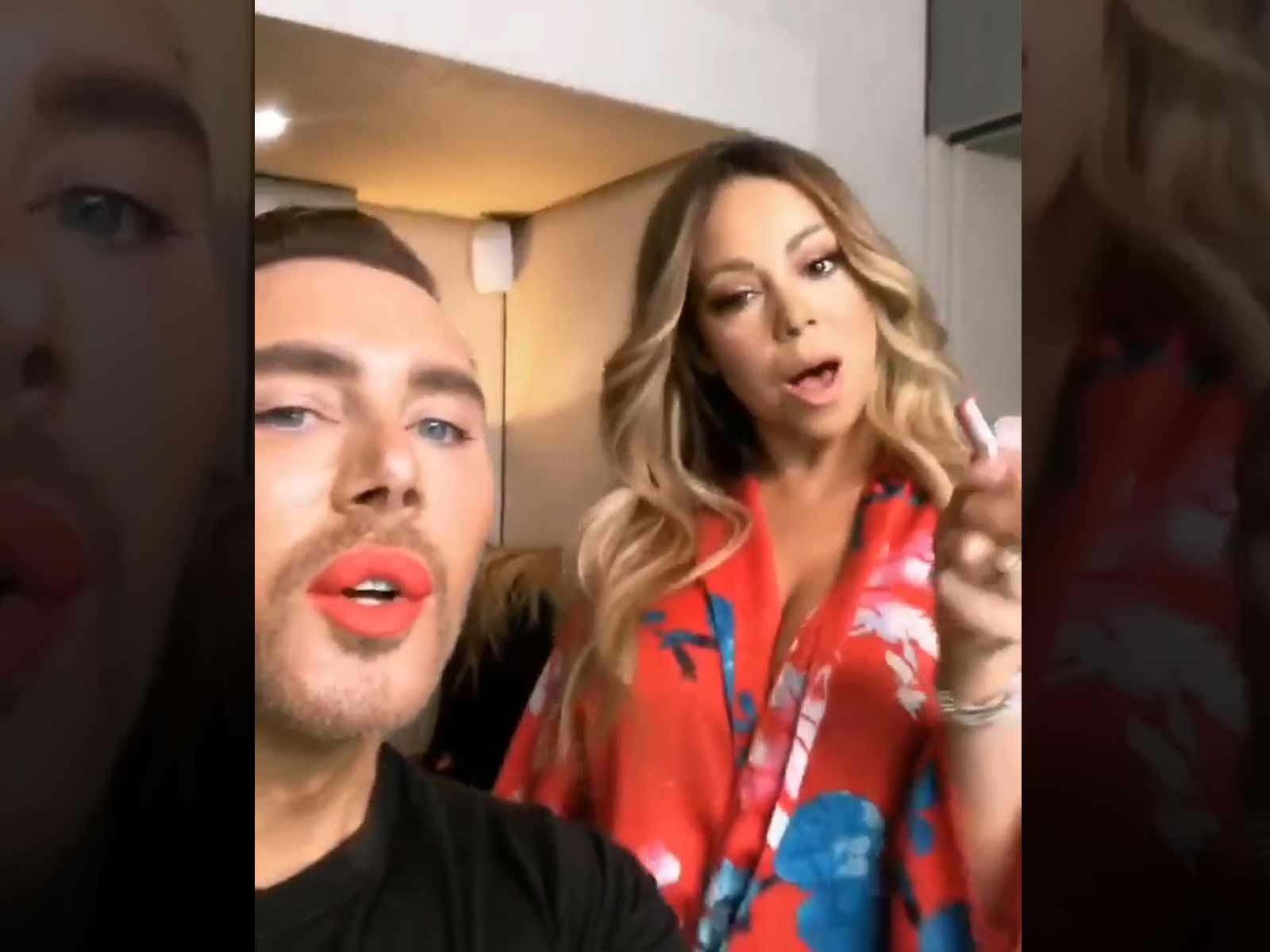 Fans are pissed at Mariah Carey for canceling a leg of her tour but Mimi doesn't care because she's too busy playing makeup artist!

The pop diva shared a video where she switched places with her beauty guru to help her makeup artist hawk his new lipstick. Mariah can be seen in the video applying a peach-colored lipstick called "Disco."

Wearing an orange floral robe, Mariah looks stunning and in a surprisingly good mood for someone who just disappointed a whole bunch of fans.

On Thursday, it was announced Mariah was canceling her October tour dates in Australia and New Zealand due to "scheduling conflicts." Interesting enough, these dates had already been rescheduled earlier in the year.

“It is with much regret that I am unable to visit Australia & New Zealand later this year, however I promise to find new dates soon," Mariah said in a statement.

She added, "I’ve been working away on new music and I cannot wait to share it with you later this year.”