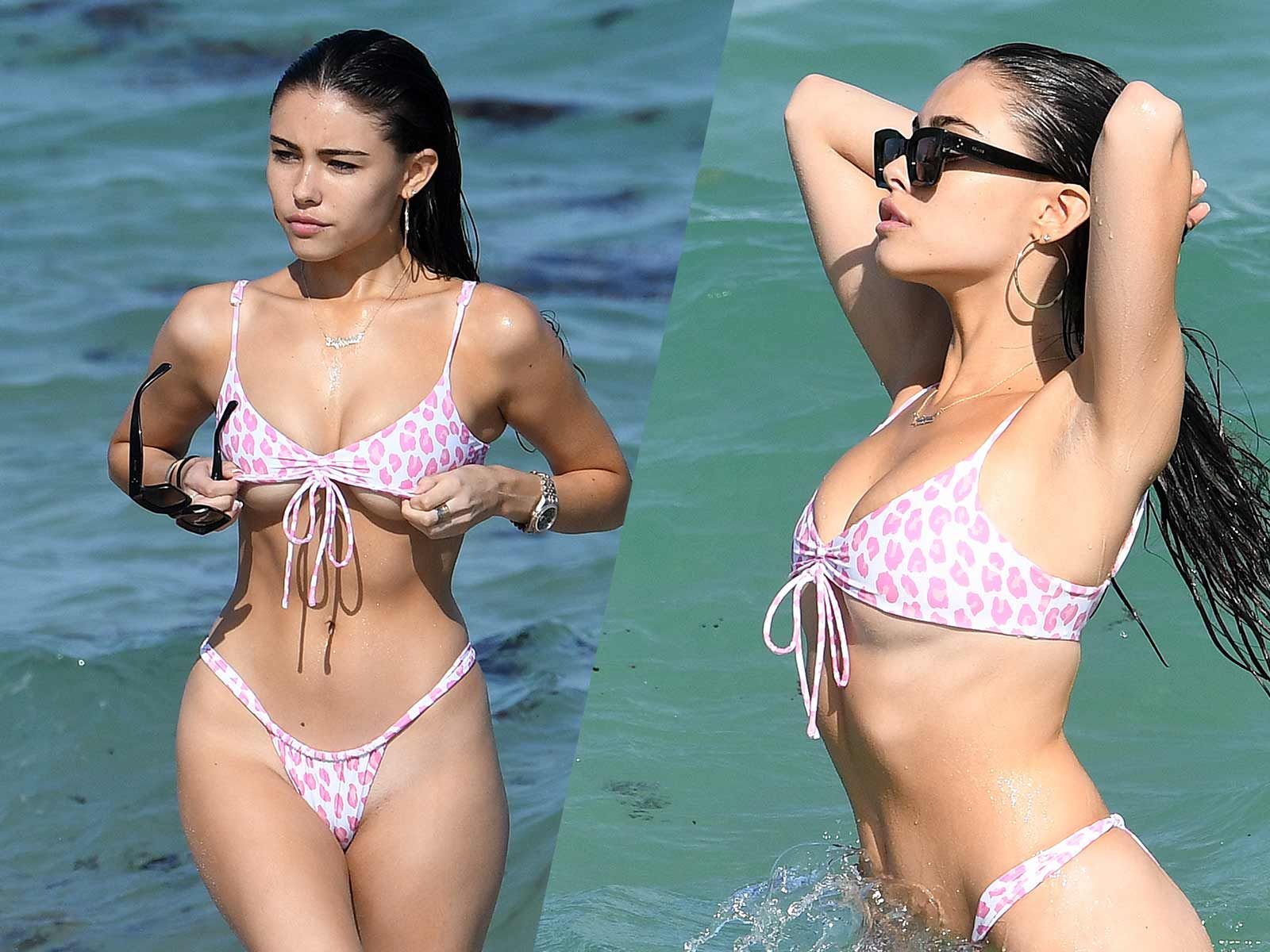 Madison Beer gave beachgoers plenty to be thankful for when she splashed around in the water while wearing a teeny-tiny bikini.

The 19-year-old singer, who recently dropped "Hurts Like Hell" with rapper Offset, was on the beach Wednesday in Miami, and barely avoided a wardrobe malfunction.

Beer has been building a name for herself ever since she was discovered on YouTube by Justin Bieber and eventually signed her to the same label he was under, Island Records.

Aside from making the rest of us second guess that extra plate we're already planning for Turkey Day, Beer is currently working on her studio album, which is set to debut next year.