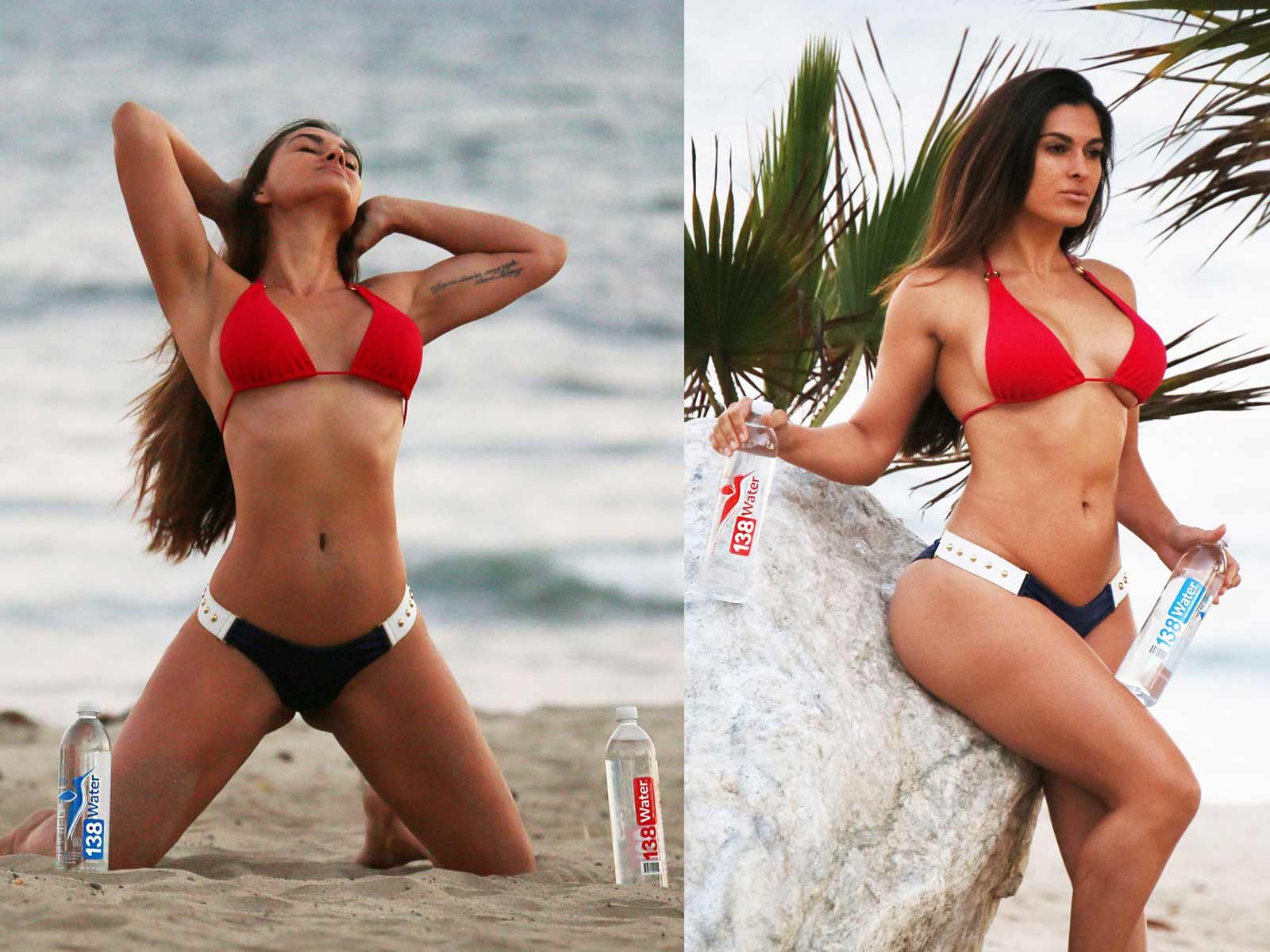 Recently revealed single Shawna Craig is putting her rocking bikini body on display, rolling around in the sand during a photoshoot for fancy water.

The former "Second Wives Club" star took her toned and tanned curves to Malibu where she posed seductively for 138 water bottles. Wearing a patriotic two-piece, the 32-year-old wasn't shy about showing off all her angles.

As The Blast first reported, Lorenzo Lamas filed for divorce from Craig just one week ago, but listed the date of separation as June 2016. Days before, Craig was spotted during a very intense workout with her hunk of a trainer.