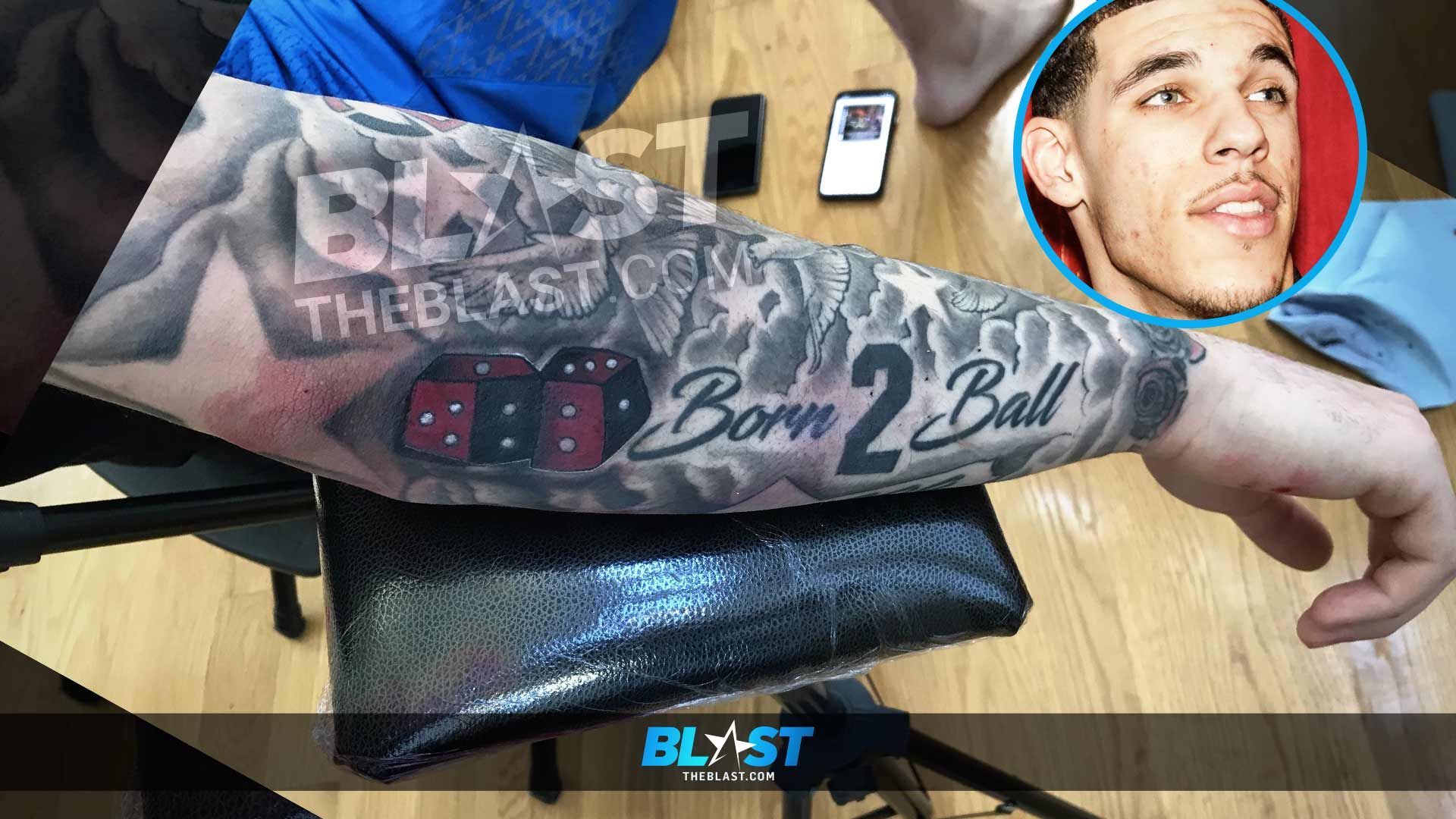 Los Angeles Lakers star Lonzo Ball just took a huge step in distancing himself from his father's basketball company as he erased the BBB logo from his body.

Sources tell us the 21-year-old point guard was just paid a visit at home by legendary tattoo artist Herchell from Pachuco Tattoo Shop in Orange, CA. We're told Herchell was asked to cover up Ball's BBB logo on his arm near his "Born 2 Ball" tattoo.

Ball did not have anything particular in mind, but Herchell is his regular artist and slapped on a sick looking pair of dice to cover up the logo. As for why Ball wanted the work done, we're told he spoke on cutting all ties with the brand, co-founded by his father, LaVar Ball.

The move is significant, as it comes days after Ball severed all ties with BBB co-founder Alan Foster after $1.5 million allegedly went missing from Ball's bank account.

Lakers teammate LeBron James has praised Ball for taking charge of his career and finances, and many have wondered if the alliance will mean Ball will sign a deal with Nike. Don't be surprised if Ball gets a swoosh tat very soon.

The Lakers are set to play the Washington Wizards tonight at Staples Center, and although he's injured, it will be interesting to see if Ball decides to show off the fresh ink or keep it covered up.

Funny enough, Ball was previously forced to cover up the tattoo, due to NBA rules and fines, but now he won't have to worry about that.