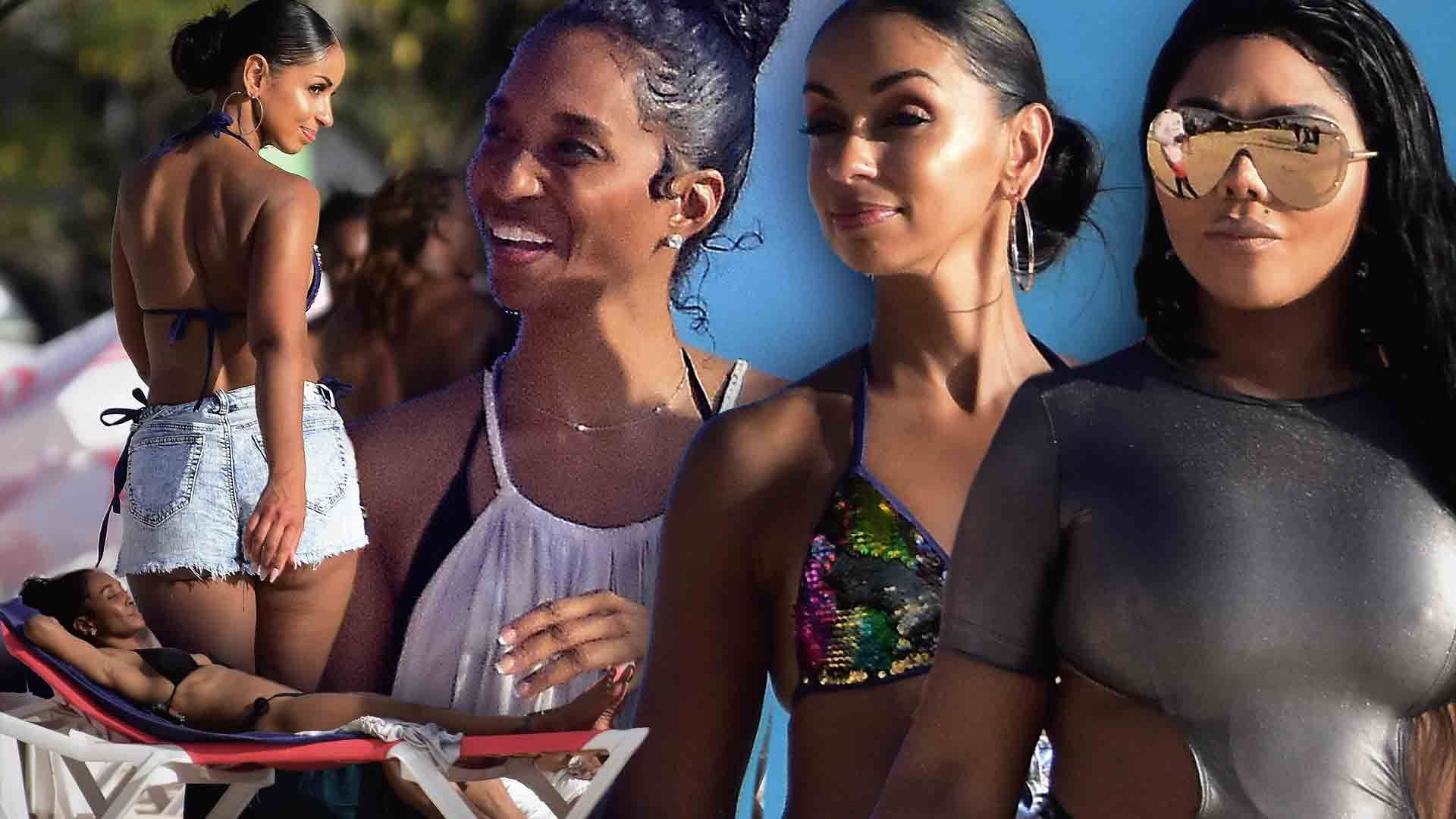 Lil Kim, Mya, and Chilli from TLC have time warped us back to the 90s, and we are totally here for the fly reunion.

The musical icons were seen this week on the beach in Barbados filming a top-secret project for VH1. Stripping down to bikinis, the ladies looked like no time had passed since "Waterfalls" was still trending on "TRL."

Lil Kim donned a metallic, one-piece with side cutouts while Mya and Chilli opted for maximum skin baring suits.

The rapper and two singers were seen enjoying a day at the beach and taking some interest in a nearby water jet pack while cameras rolled. Details about the show are currently hush-hush, but we hope it involves the three singing together.

It's been a hot second since they all came together ... although, Lil Kim and Mya joined forces last weekend to reprise their 2001 hit, "Lady Marmalade," during The Real Music Festival in Kentucky.

If they are uniting in a '90s supergroup, it's unclear why they left out T-Boz ... but maybe her flight got delayed.