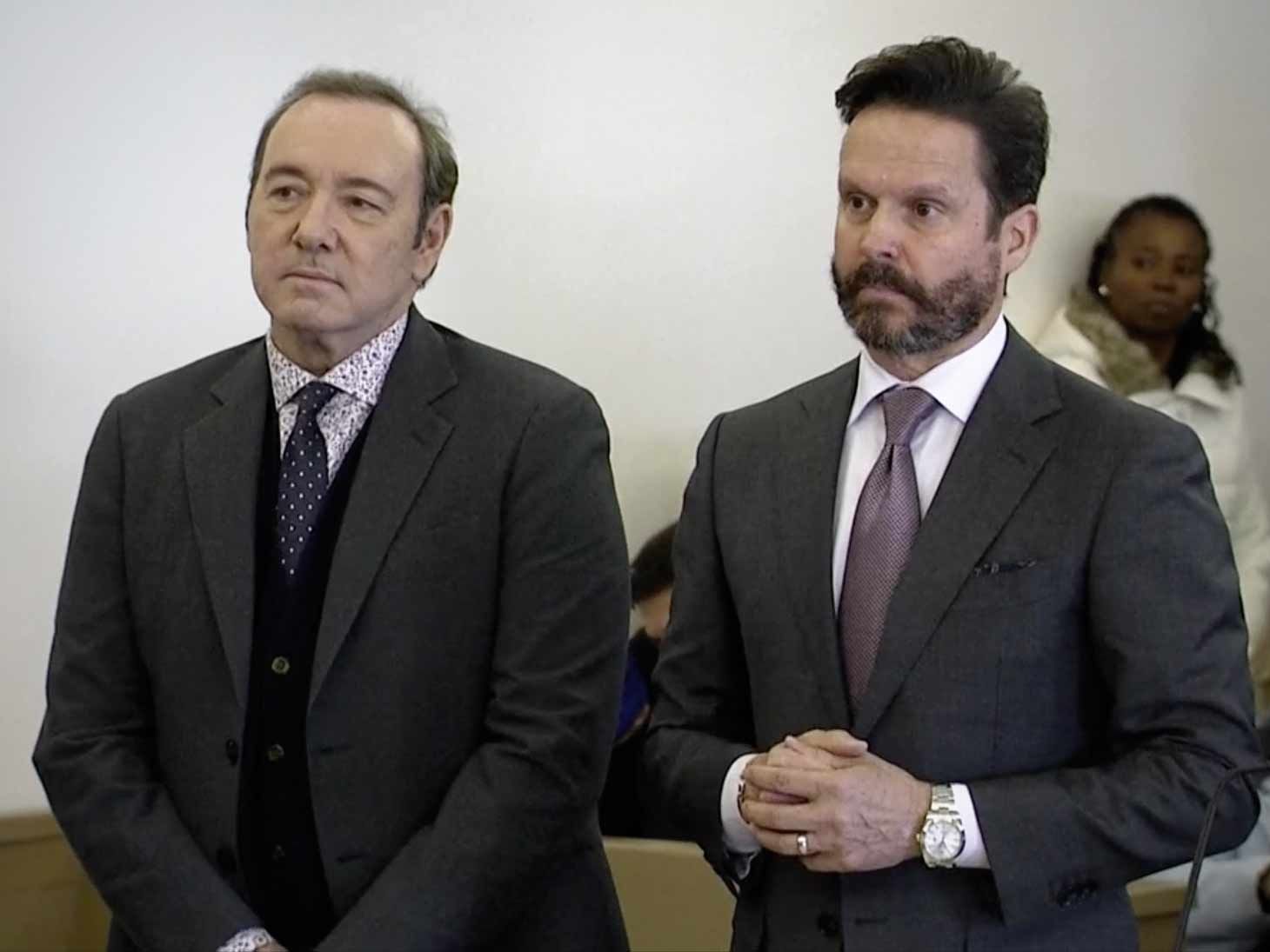 8:40 AM PT — A plea of not guilty was entered on Kevin Spacey's behalf, according to CNN. This happens automatically under Massachusetts law and Spacey was not required to state it in court.

Kevin Spacey did not verbally enter a plea in Nantucket District Court on Monday morning to sexual assault charges stemming from an alleged incident where the star is accused of groping an 18-year-old man at a bar.

The "House of Cards" actor did not end up speaking to the court during the brief hearing. Spacey's legal team had previously indicated the star plans to plead not guilty.

A pretrial hearing was set for March 4 but Spacey does not have to attend that hearing. He was also ordered to have no contact with the alleged victim while the case is ongoing.

Spacey had tried to avoid appearing in court, filing an affidavit requesting “that this court excuse my physical presence at the arraignment as I reside out-of-state and believe that my presence will amplify the negative publicity already generated in connection with this case."

The judge denied that request.

At a show-cause hearing in December, Alan Jackson, Spacey’s lawyer argued that his accuser — the son of local news anchor Heather Unruh — did not report the incident right away and was not interviewed by investigators until a year later.

Jackson pointed out that Unruh's son told investigators that he was the one who approached Spacey, exchanged phone numbers with him, and lied about his age (he told Spacey he was 23, not 18).

Kevin Spacey’s lawyer also noted that Unruh’s son told investigators he consumed somewhere between eight and 10 drinks in a little over an hour and admitted he was so intoxicated, that he might have blacked out after Spacey allegedly groped him.

According to the Globe, Jackson also argued that Unruh’s son claimed that Spacey groped him for about three minutes and not move away from Spacey or tell him to stop.

Jackson attempted to rush Spacey’s arraignment that day but there was no judge available.

On the same day the charges came to light, Kevin Spacey released an odd video where he appeared to address the allegations against him … while in character as Frank Underwood from “House of Cards.”