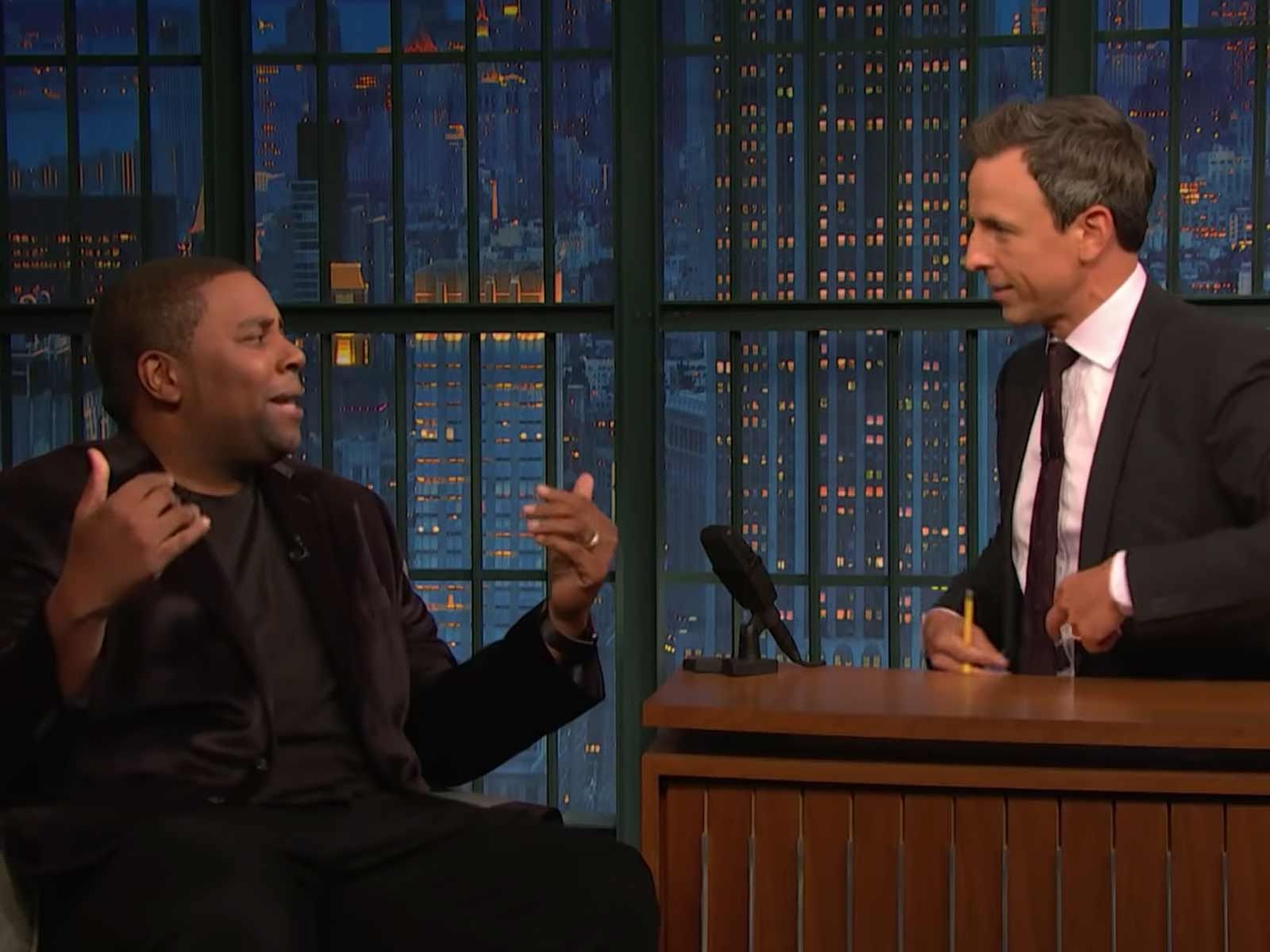 "SNL" star Kenan Thompson is ripping into Kanye West, calling his pro-Trump speech a "circus" and saying he held the cast "hostage" during the rant.

Speaking to Seth Meyers on Monday, Thompson recalls the situation at the end of the show where Kanye spewed his political opinions and trashed the staff of "Saturday Night Live."

"He voiced his opinion. Very loudly. For a long time," Thompson said. "We're all entitled to our opinion, I don't know if that's the moment, necessarily, to hold people hostage like that."

Thompson said that when Kanye instructed everyone to join him onstage, he decided to stay behind in anticipation of watching the mess unfold.

"As soon as he said, 'Hey join me up on stage, everybody.' I was like, 'Oh, there goes the little cheese in the mousetrap. It's going down," he told Meyers.

“I felt so bad for those guys because it’s hard to stand there and not be able to debate somebody who’s going so far against your personal opinion as well, and just stand there and take it," he continued, talking about his co-stars.

Thompson also defended "SNL" crew against Kanye's accusations where he said they "bullied" him backstage and told him to take his MAGA hat off.

As The Blast reported, Kanye closed the show by performing, then went off on "SNL" crew, entertainment writers, news and more stating they were a bunch of Liberals.

Oh, and before that he was dressed as a Perrier bottle.

It was quite the night.