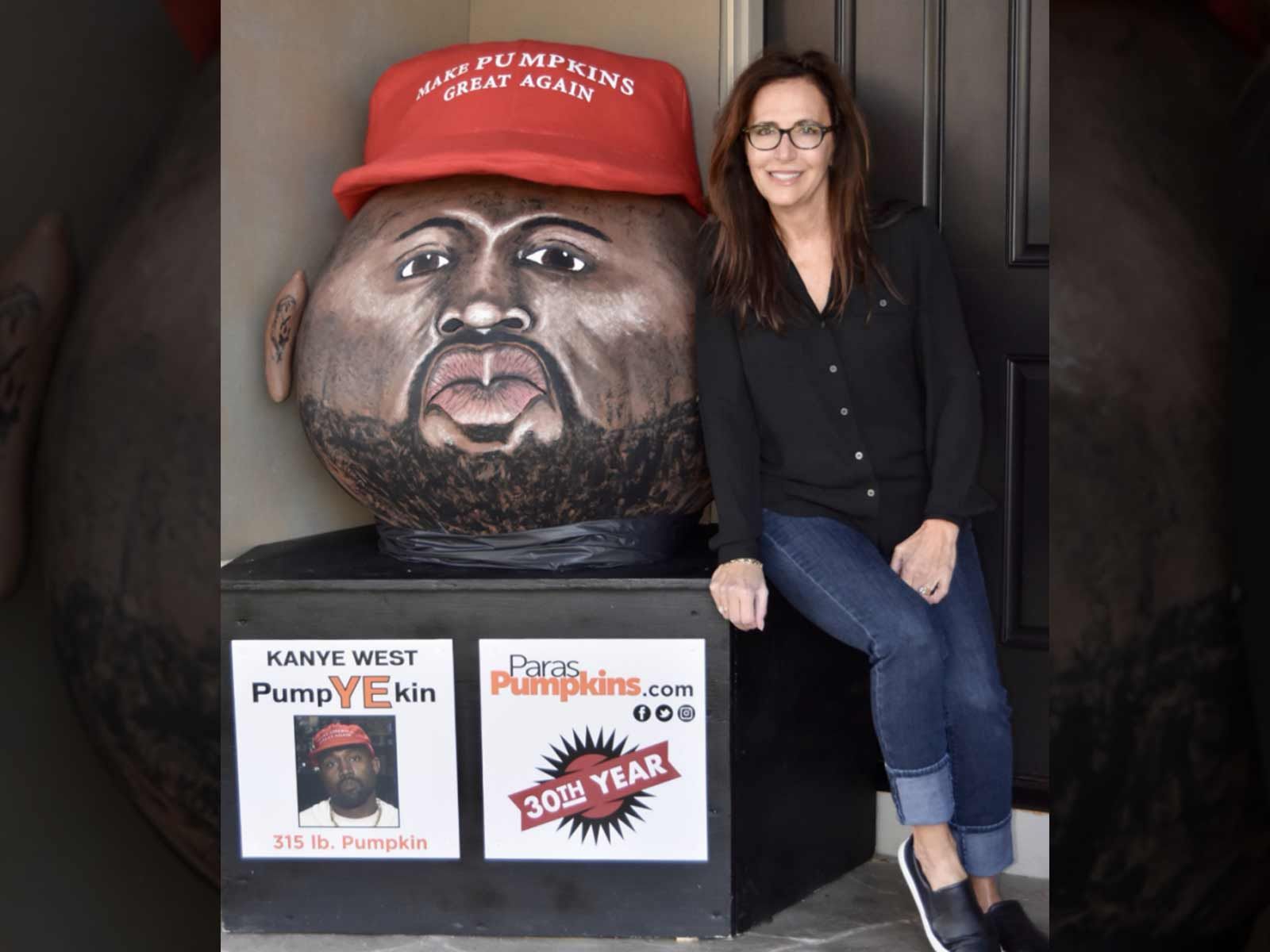 Kanye West may be known for having a big head when it comes to his ego, but he ain't got nothing on the Kanye pumpkin.

Dublin, Ohio resident Jeanette Paras is known for taking gigantic pumpkins and turning them into pop-culture icons. She's done over 90 so far, with many of them being political pumpkins, like Barack Obama or Kim Jong Un.

This year, she decided to make a Yeezy pumpkin out of a 315 lb gourd. Paras tells The Blast her supersize pumpkins are donated by the Southern Ohio Giant Pumpkin Growers Association, who are very supportive of her work.

Paras says pumpkins are her passion, and she uses the work to spread awareness about breast cancer, from which she proudly says she is a two-time "Thriver, not survivor."

It's also not the first time she's paid tribute to Kanye via pumpkin, a few years back she did one of Ye with his famous shutter shade sunglasses.

She's gotten a ton of attention since debuting her newest pumpkin, complete with matching MAGA hat, however she's not against parting with pumpkin Ye for the right price.

Paras says her works of art can last up to two months, and if Kim Kardashian and Kanye want their pumpkin friend for the holidays she would consider letting it go for a "sizable donation" to breast cancer awareness.

As for who she's eyeing for her next pumpkin tribute, Paras says her plans are always top secret but plans on giving out hints through her social media. 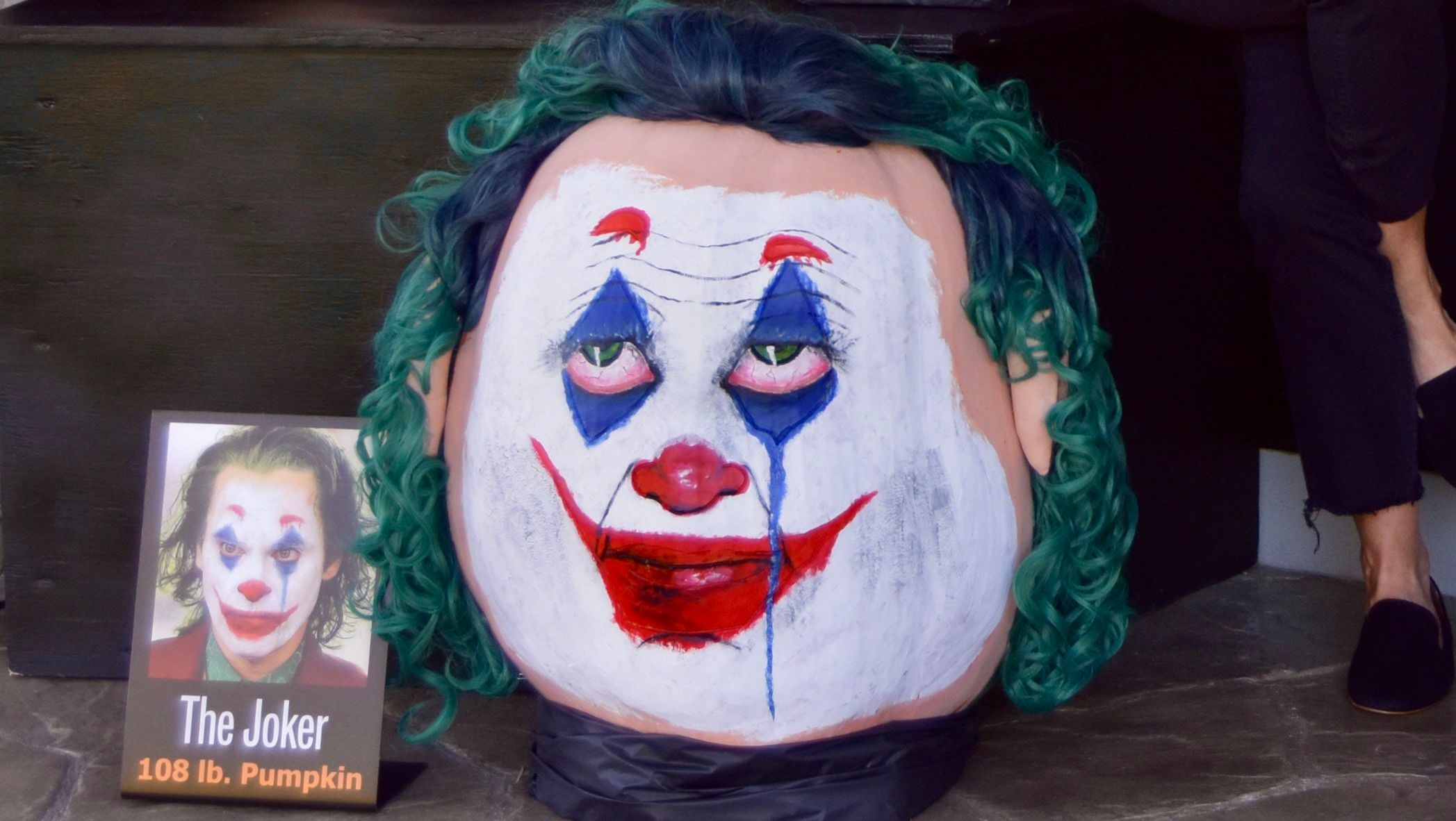 This 'Joker' Pumpkin Weighs Over 100 Lbs! 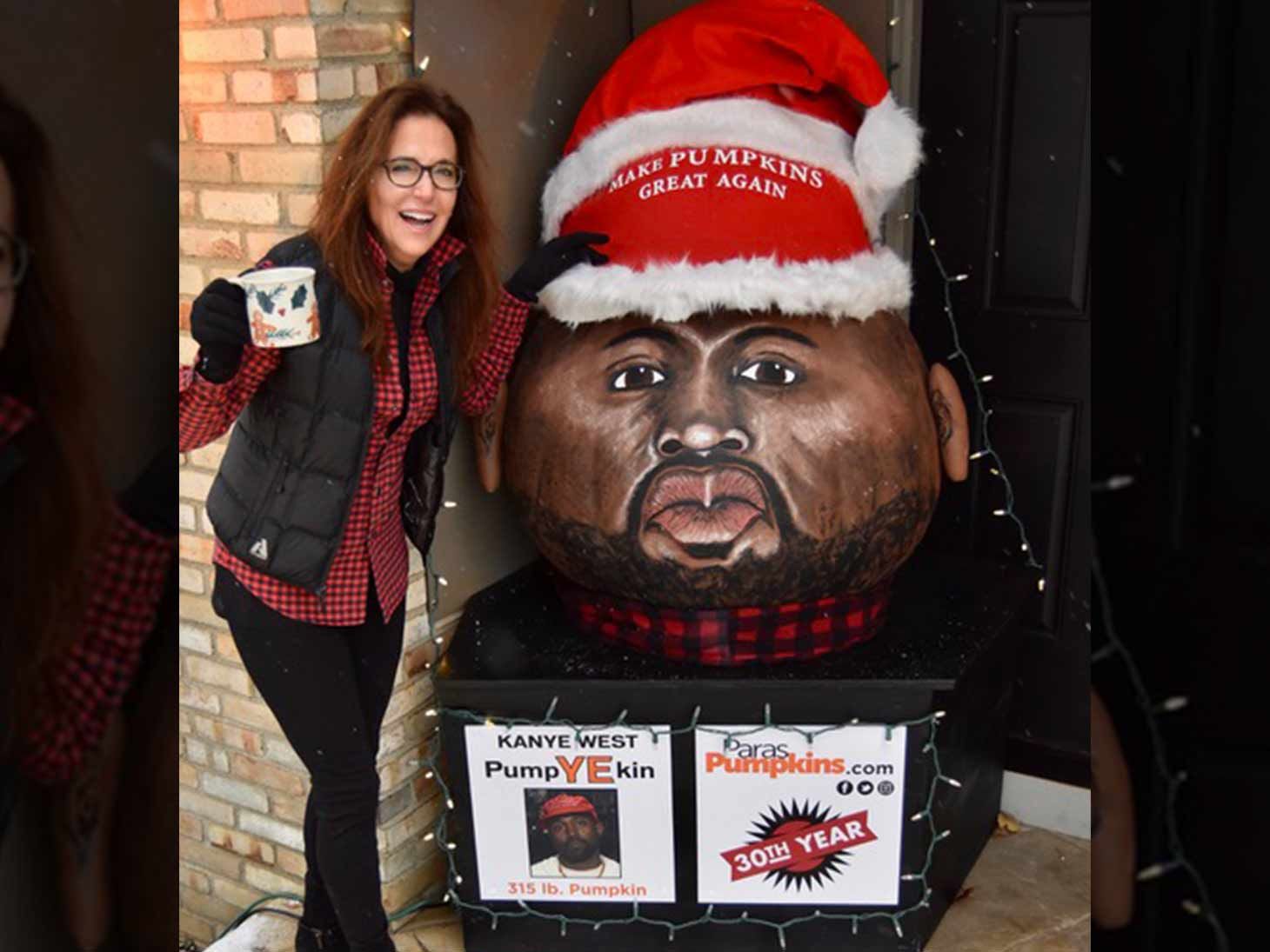