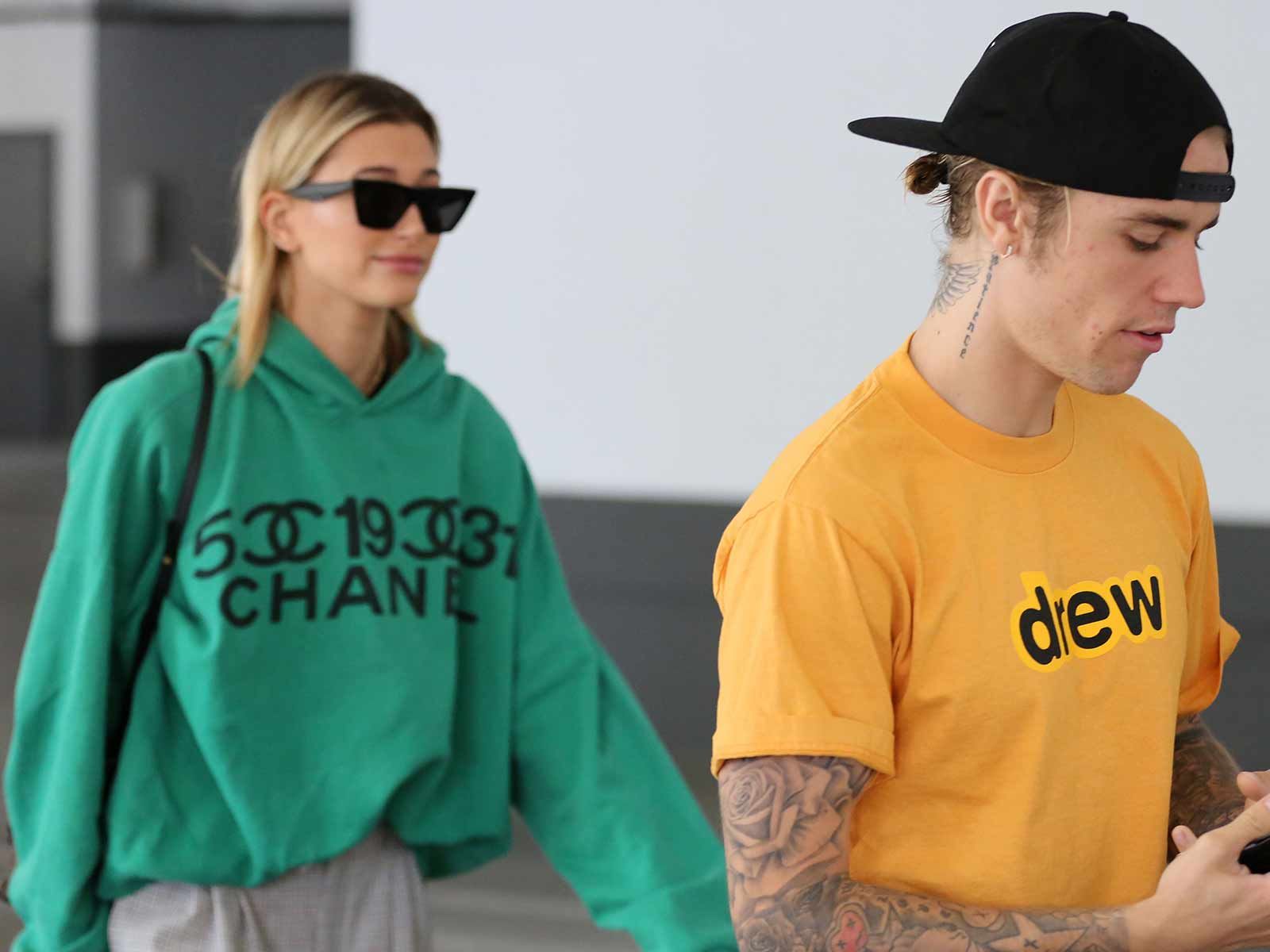 Justin Bieber & Hailey Baldwin: Rocking a Little Bun, But Not In The Oven

Justin Bieber and Hailey Baldwin are welcoming a new addition into their family ... but it's not exactly what fans were hoping for.

The "No Brainer" singer was spotted sporting a man bun while out with his wifey in Los Angeles on Tuesday. Tied up with a little ponytail holder, Bieber was seen for the first time sweeping his long hair back and walking around with the controversial hairdo.

This isn't the bun most of us thought the couple would be debuting. For the past several weeks, pregnancy speculation has been surrounding Mr. & Mrs. Bieber.

It all started when Justin's dad, Jeremy, posted a family photo showing the singer holding his new baby sister with the caption, "To be Father #Bieber’s" which many believe revealed Biebs and Hailey could be expecting!!

Although, they do have a way with children, it seems this is the only bun we will be seeing for now.