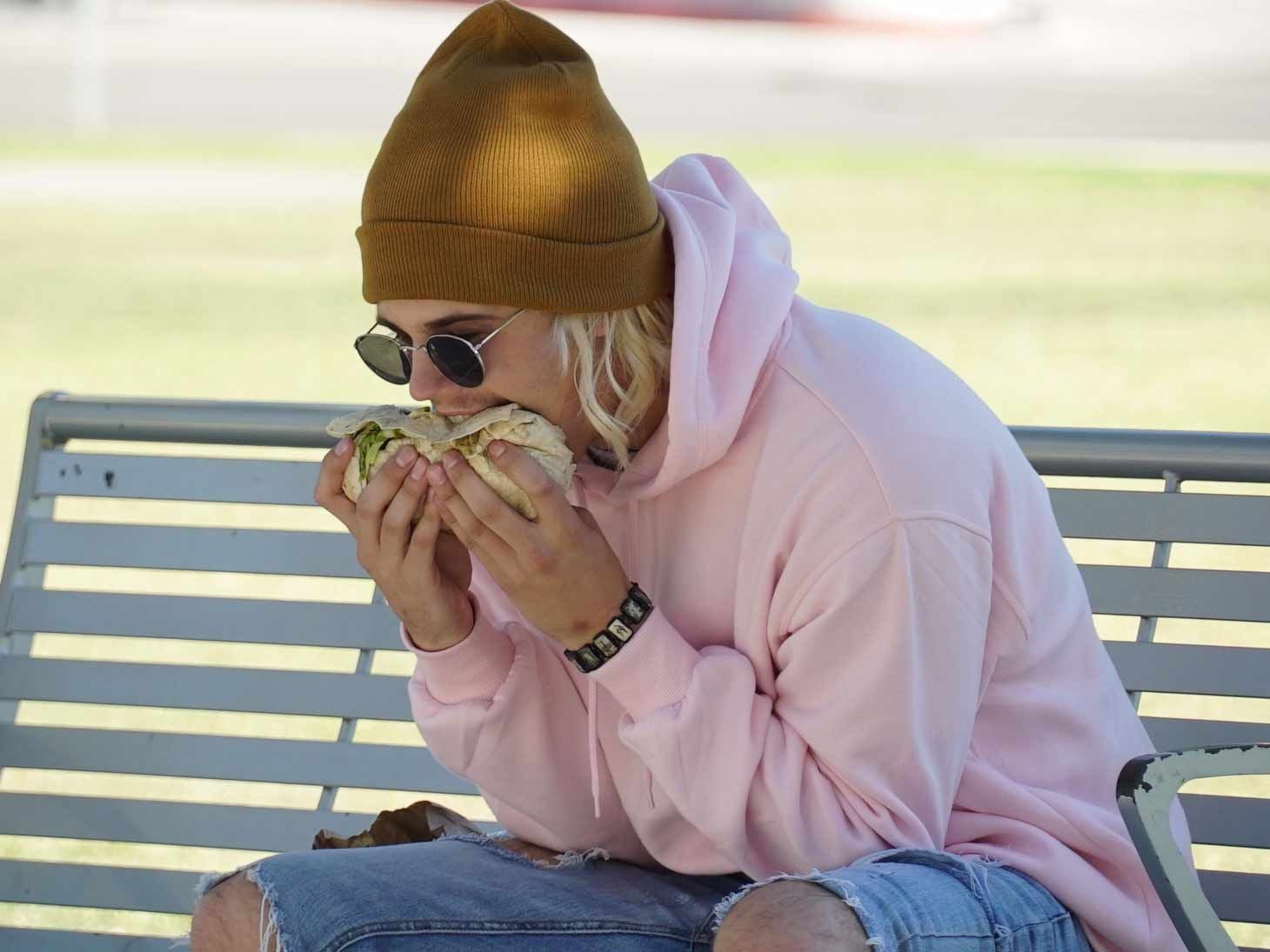 October 28 11:45 AM — It turns out we were lied to and the Justin Bieber photo was part of an elaborate prank.

The case of Justin Bieber and the sideways burrito has finally been solved — all thanks to the guy who claims to be the photographer.

The Internet was livid and horrified earlier this week when a photo surfaced showing the singer defiling an innocent burrito by eating it from the center. Multiple outlets quickly launched deep investigations into the legitimacy of the offending photo and when it appeared Justin had not been photographed by paparazzi in that exact outfit, we were just about ready to forgive him.

The Blast tracked down and spoke with Conor Browne, the man who originally posted the photo on Reddit, who confirmed it is 100% Justin Bieber.

Browne, who was understandably quite confused why this became a thing, says he snapped the now-infamous shot last Friday at West Hollywood Park after his friend recognized the singer.

"I wasn't going to take a photo until we noticed the way he was eating his burrito, and I thought it was hilarious so I took a photo," Conor says.

When asked if Bieber stopped being a monster to take a normal bite at any point, Conor, unfortunately, said no.

"He never took a normal bite," Conor says. "He took a few bites from the middle and then fans starting swarming him so he took the burrito and walked away."

As for why paps seemingly hadn't previously caught Justin in that same outfit, we obsessively checked last Friday's Bieber photos and a single blurry photo where it appears he was wearing a similar bracelet and pink sweatshirt does exist.

Conor is adamant that the burrito assailant was definitely Justin and believes naysayers "just don't want to believe he'd eat a burrito like that."