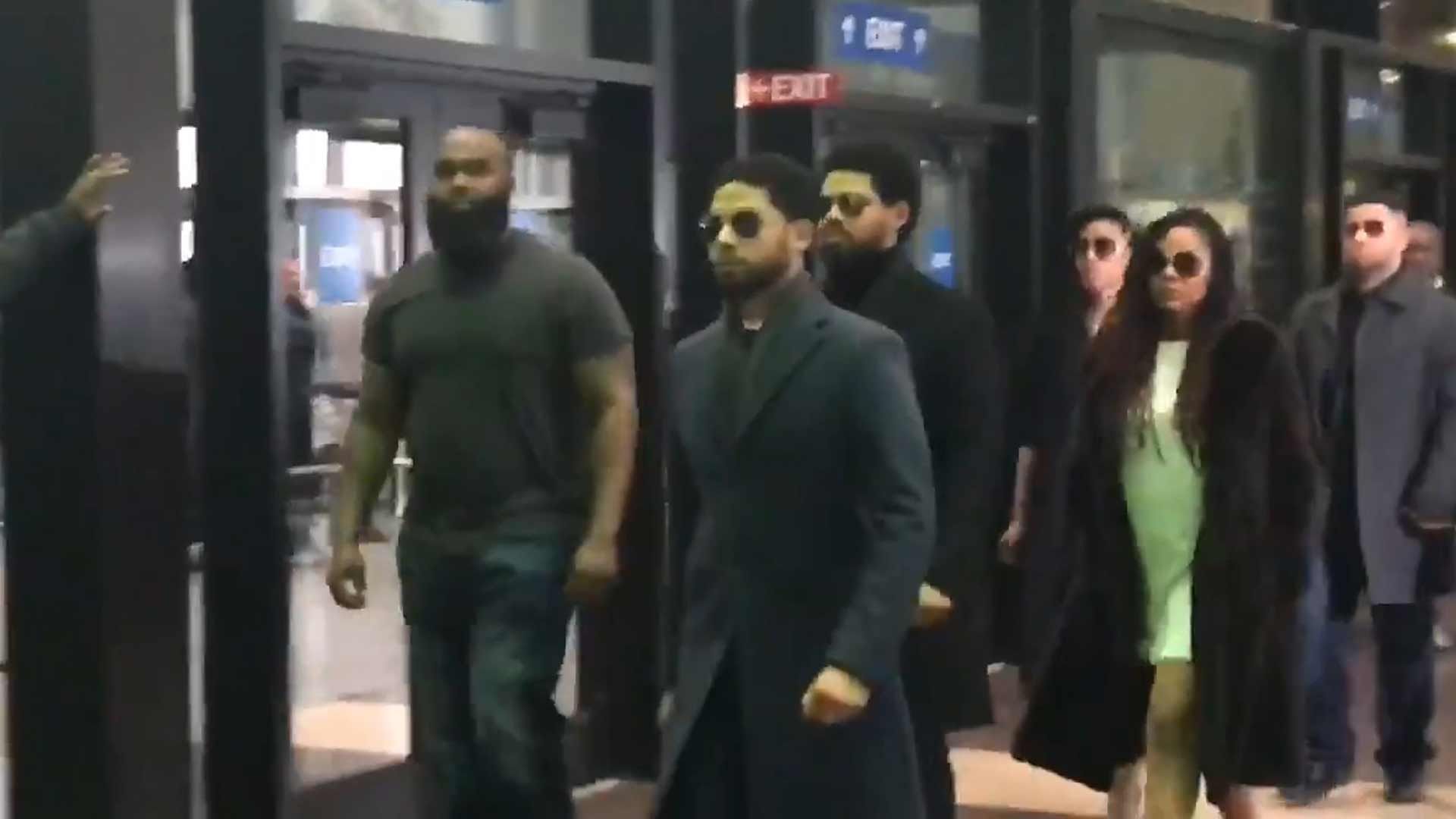 Jussie Smollett Pleads Not Guilty to 16 Counts of Disorderly Conduct

Jussie Smollett was back in court again on Thursday morning where he entered a not guilty plea to charges of lying to police.

Smollett's lawyer requested permission for the actor to travel to New York and California so he can meet with his lawyers throughout the case. The judge allowed the request, provided he gives 48 hours notice to pre-trial services before he travels.

Judge Watkins also made it clear to Smollett that he is to be present and on-time for every court date.

Smollett is due back in court on April 17.

The "Empire" star is accused of lying to police and staging the attack against him on January 29. He claimed two men came after him and screamed racist and homophobic slurs at him. He also claimed bleach was thrown on him and a noose.

Jussie Smollett was eventually arrested and released on $100,000 bail.

His attorney, Mark Geragos, said of the charges, “The fact of an indictment is not unexpected. We knew that there is no way they would expose their evidence to a public airing and subject their witnesses to cross-examination.”

He adds, “What is unexpected, however, is the prosecutorial overkill in charging 16 separate counts against Jussie. This redundant and vindictive indictment is nothing more than a desperate attempt to make headlines in order to distract from the internal investigation launched to investigate the outrageous leaking of false information by the Chicago Police Department and the shameless and illegal invasion of Jussie’s privacy in tampering with his medical records.”

Geragoes also says, “Jussie adamantly maintains his innocence even if law enforcement has robbed him of that presumption.”