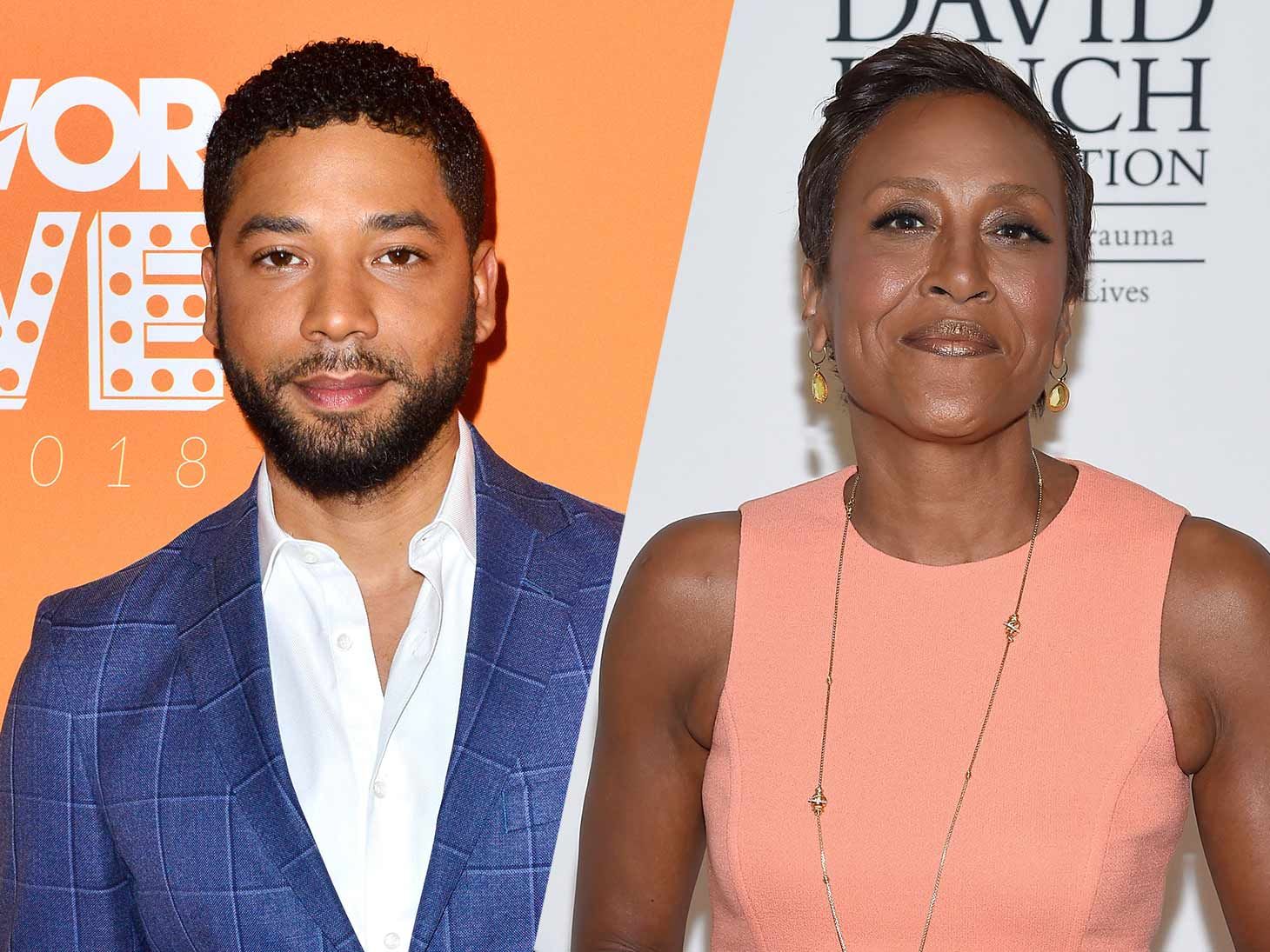 Jussie Smollett's interview with "Good Morning America" host Robin Roberts raised doubts with some of the people involved even before reports surfaced that the "Empire" star might have staged the attack.

According to our sources, some of the people who were in the room during the interview felt the validity of Smollett's story was "up in the air" after his conversation with Roberts. Our sources say when Smollett and his team left the room after the interview was completed, there was immediately a feeling among the "GMA" staffers that something about Smollett's story was amiss.

We're told the interview came about because Smollett approached "GMA" about doing the sit-down, which was a very coveted interview to score. Our sources say Smollett specifically requested Robin Roberts for the interview because the two had a history together — Roberts appeared on an episode of "Empire" that aired in April 2018.

Roberts played herself in the episode, which also featured an appearance by Lupe Fiasco (who also played himself).

Our sources say Roberts questioned Smollett about the alleged attack many ways but he was adamant he was the victim of a hate crime. As one source put it, everyone one wanted this interview and regardless if it was CBS, NBC or even CNN, he would have been treated the same. ABC just landed the interview.

She continued, "And we have to remember, at that time, on Tuesday, police officers were saying that his account was consistent, it was credible, and that he was being cooperative. This was all before the interview aired on Thursday, and then we found out about the brothers."

According to a report out of Chicago, police believe Jussie Smollett was upset about the lack of reaction to a threatening letter he received at Chicago’s Cinespace Studios, where “Empire” is filmed, the week before the alleged attack. The outlet quoted a source as saying, “When the letter didn’t get enough attention, he concocted the staged attack.”