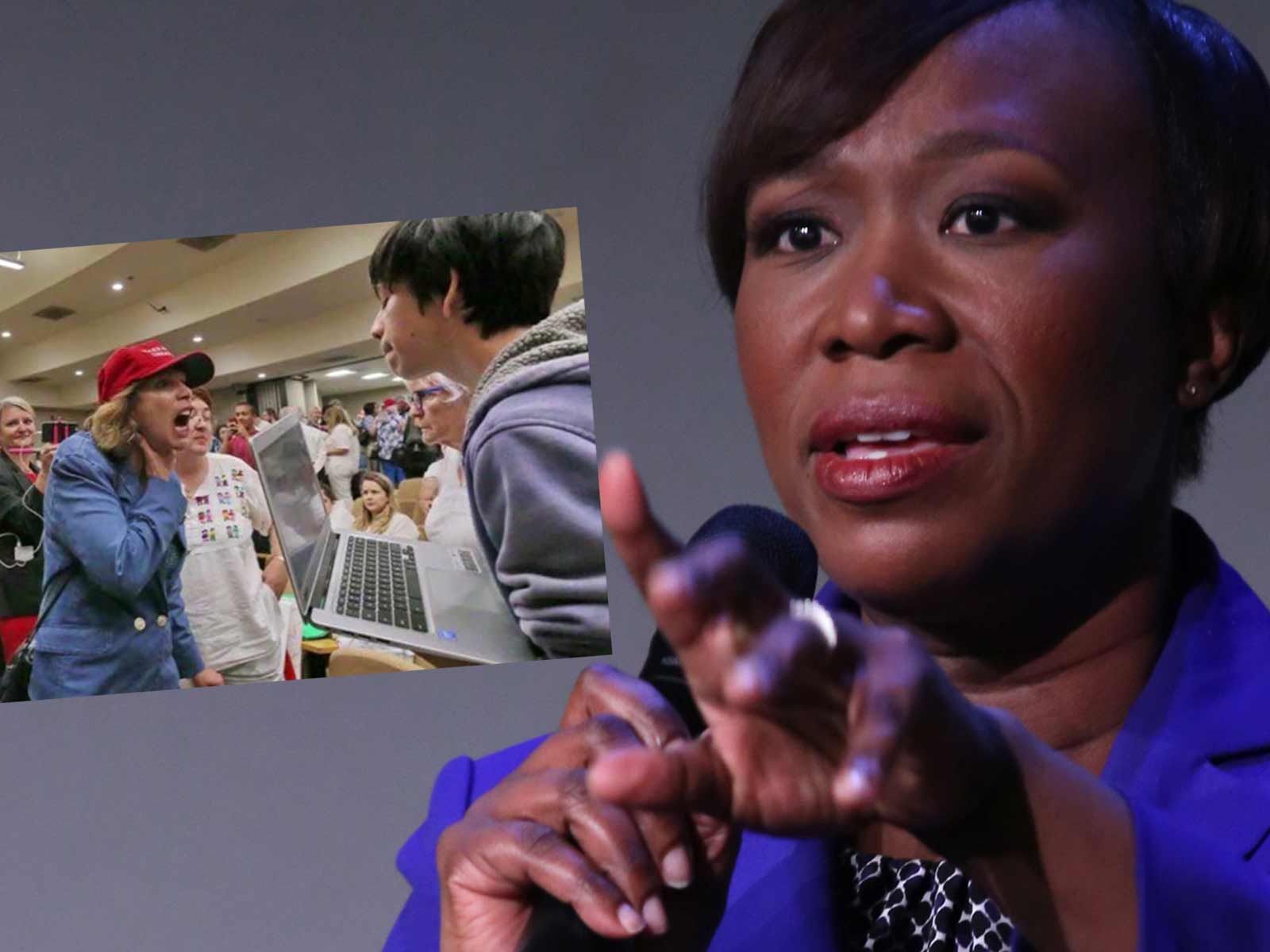 Joy Reid is being sued for defamation by a Donald Trump supporter who claims the MSNBC host falsely accused her of hurling racial slurs at a teenager in a photo that went viral earlier this year.

According to court documents obtained by The Blast, Roslyn La Liberte claims Reid used "her substantial social media presence, fame, and reputation as a hard-hitting journalist" to publish to her followers that La Liberte "screamed abhorrent racial slurs" at a 14-year-old boy.

La Liberte claims the viral photo – which showed her in a MAGA hat appearing to a scream at the boy — was completely misinterpreted and the two actually had a "civil" interaction which ended with them hugging.

The teenager gave an interview with local news after the incident, saying that La Liberte "was still trying to keep it civil, which I appreciate."

According to La Liberte, Joy Reid claimed on social media that she "showed up 'to a rally' and 'screamed' at a young man of fourteen (14) years that he is 'going to be the first deported . . . dirty Mexican!'"

The lawsuit goes on to claim that "Reid made up out of whole cloth the accusation that La Liberte screamed racial slurs at a minor."

La Liberte believes Reid's comments "were also born out of her personal animus and dislike of President Donald Trump, the Republican Party, and supporters of each, including those wearing MAGA hats."

As a result of Reid's statements, La Liberte claims she received "hundreds if not thousands of hate messages" and death threats.

Reid apologized on Twitter and deleted her previous posts but La Liberte wasn't satisfied and is now suing Reid for defamation and seeking damages in excess of $75,000.

The Blast reached out to a rep for Reid for comment — so far, no word back.