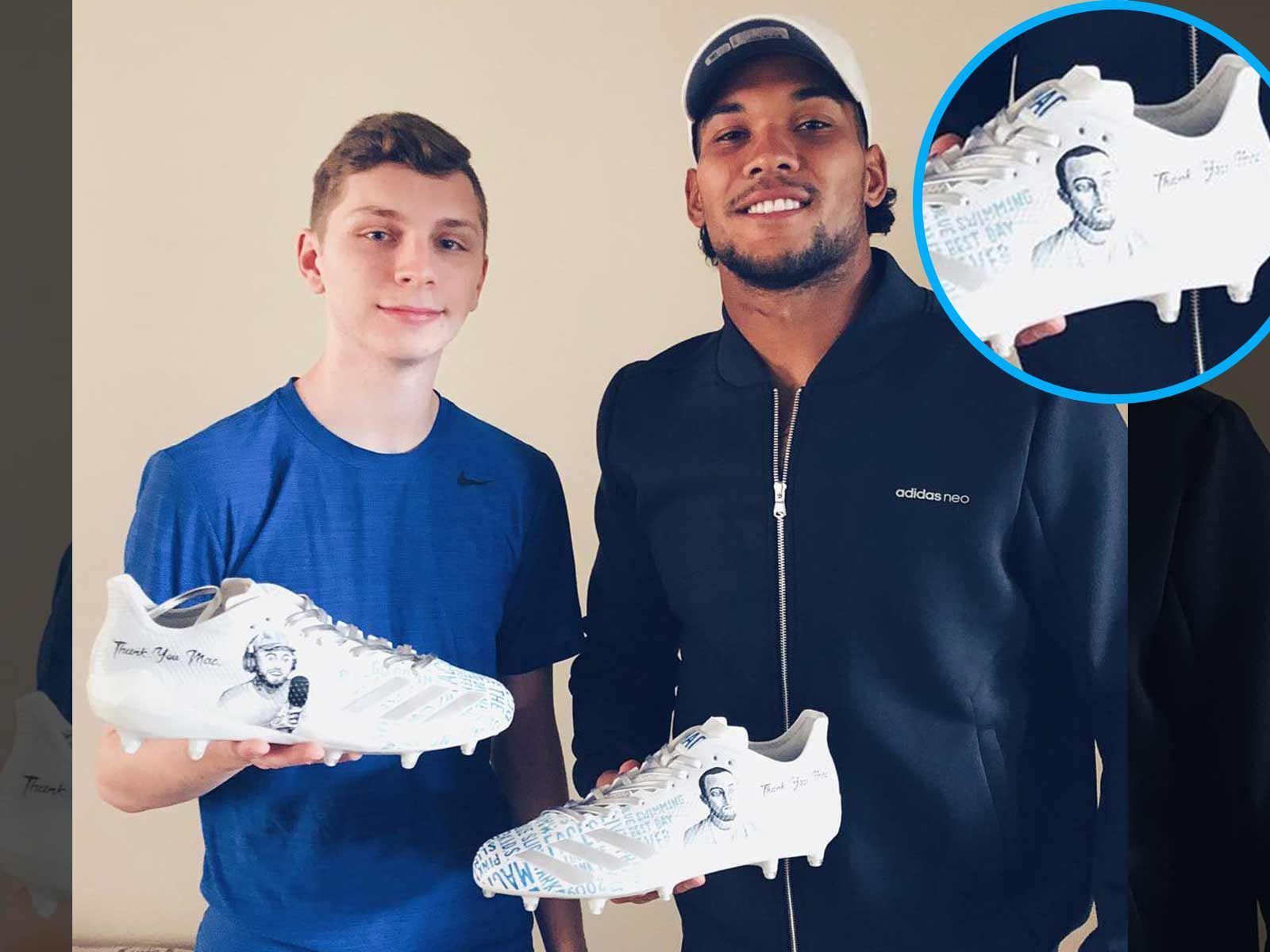 Pittsburgh Steelers fans were pleasantly surprised when running back James Conner played in Sunday's game wearing cleats honoring late hometown legend Mac Miller but it was actually a project in the works since the rapper's death over a week ago.

The Blast spoke with the artist behind the design, Brennan Bizon, who tells us Conner was involved in the creation process and very hands-on, though he was left in the dark about the end result until game time.

Bizon met James Conner a few months back at the team's facility when he was working on another project. The NFL player gave the artist shoes to work on and Bizon held onto them while trying to figure out a vision.

It wasn't until the "Self Care" rapper's sudden death that the idea for the Miller hand-painted shoes came to mind. He says he wanted to honor Miller through his art and Conner was really open to the project.

Bizon tells The Blast that the design was kept simple so Conner could wear them during the game without fear of being fined. He wanted to capture Mac Miller's smile because that's what most fans remember him by.

Bizon says Conner was super pleased with how the cleats turned out and the Steelers running back was happy with the outcome. Once the design was completed, Bizon took them to Blue Slide Park — the location of Miller's vigil — to photograph them.

As The Blast reported, Miller's family was spotted over the weekend at Homewood Cemetery where he will be buried.