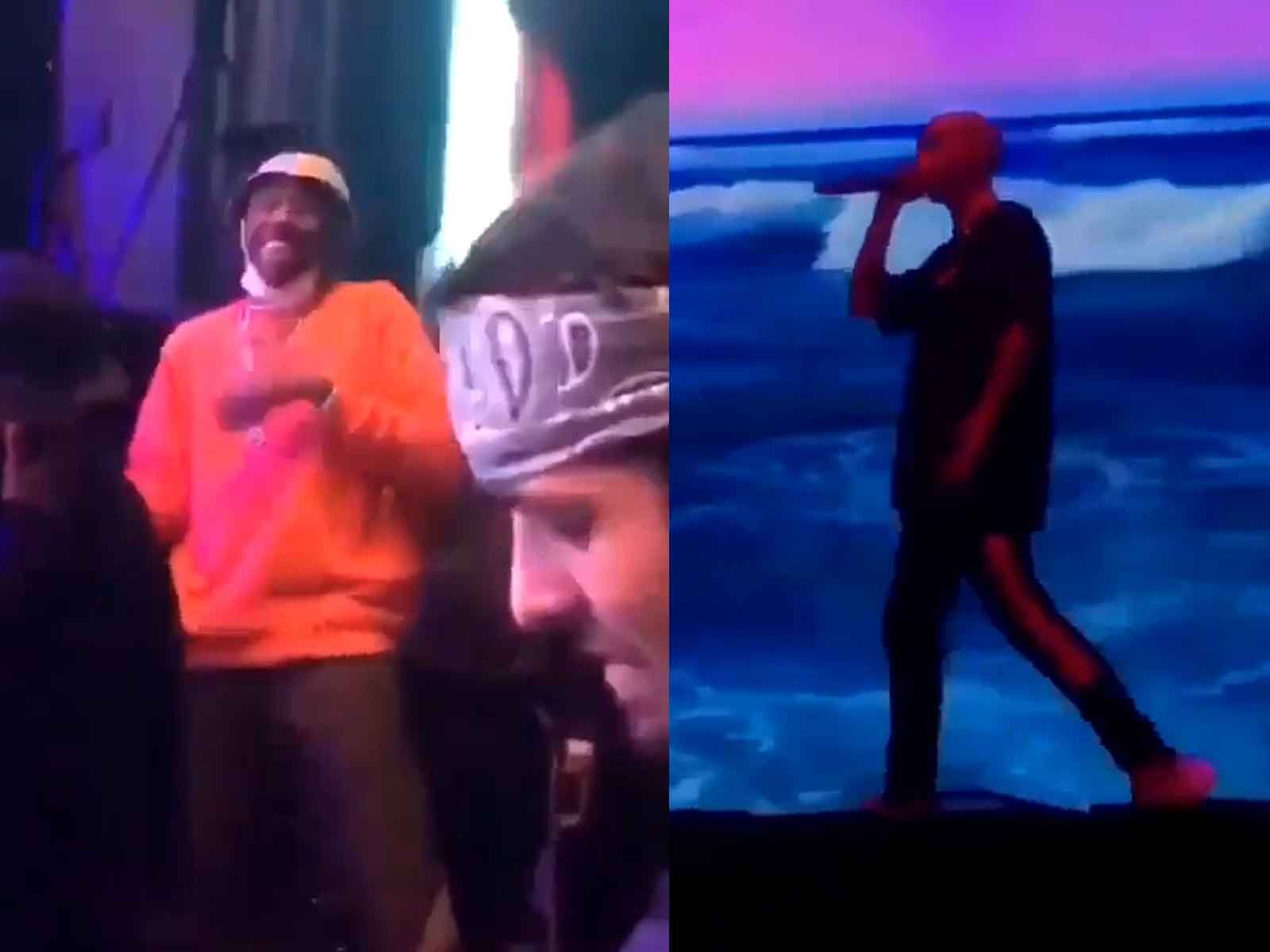 Jaden Smith Calls Tyler, The Creator His Boyfriend in Front of Thousands of People

Jaden Smith has nothing but love for Tyler, The Creator.

During this weekend's Camp Flog Gnaw Carnival at Dodger Stadium, Smith took time out from his performance to express his feelings for his good friend.

"I just want to say, Tyler, The Creator is the best friend in the world and I love him so f**king much," Smith said to cheers from the crowd.

The camera then panned to Tyler, who was laughing and shaking his hand as if to say "no" but he clearly got a kick out of Jaden's show of affection.

Smith concluded his announcement by saying, "Tyler The Creator is my f**king boyfriend. If you take anything away from this f**king show, that’s what you take away!"

It's unclear how serious Jaden Smith was being but he did follow up his proclamation with a tweet, saying, "Yup @tylerthecreator I Told Everyone You Can’t Deny It Now."

Either way, we're all for telling your friend (or boyfriend) how much you love them.