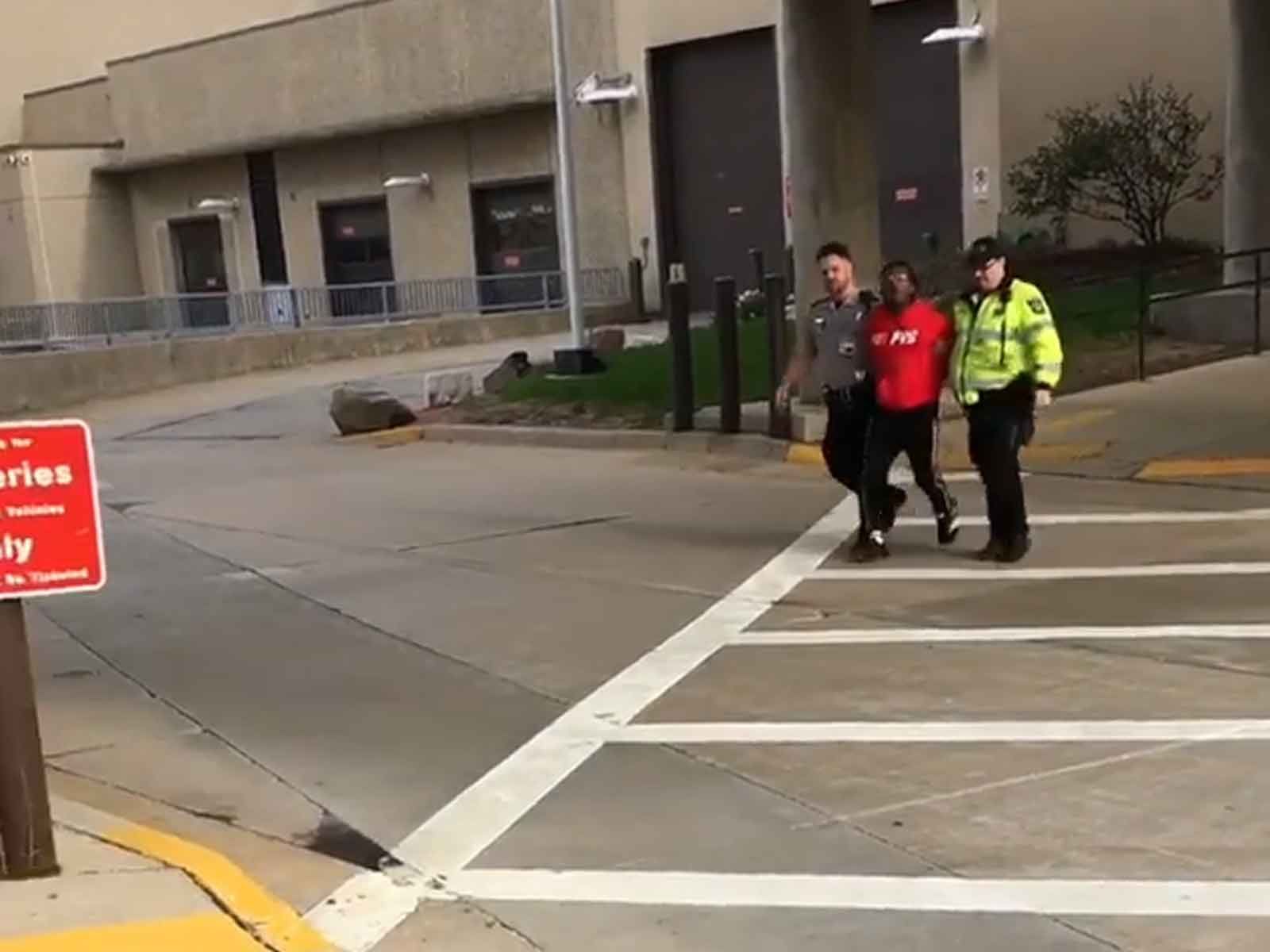 Cash Money rapper Jacquees allegedly called a sheriff's deputy a "white boy" and gave him the middle finger before realizing the error in his ways and landing himself in jail.

According to the Milwaukee County Sheriffs Office, a deputy observed Jacquees involved in a verbal argument Sunday evening at General Mitchell Airport. The deputy says when he commanded the two people to stop arguing and go their separate ways, Jacquees continued to engage in arguing and began to "scream and sing using foul language in front of other citizens."

According to the report, Jacquees then flipped the deputy the bird and jumped into a truck outside of baggage claim and refused to get out of the vehicle when the deputy asked. The Cash Money star allegedly said he did not have to listen to the deputy, but acquiesced when the deputy threatened to break the truck's window.

When Jacquees was taken into custody he "began to pull away" and scream. The deputy noted that he had a "strong order of alcohol," but said that he only had "one shot."

According to the report, Jacquees was yelling at bystanders to film the event. His demands were met, because video of the rapper being escorted by cops went viral Monday morning.

The 24-year-old rapper was arrested for misdemeanor disorderly conduct.