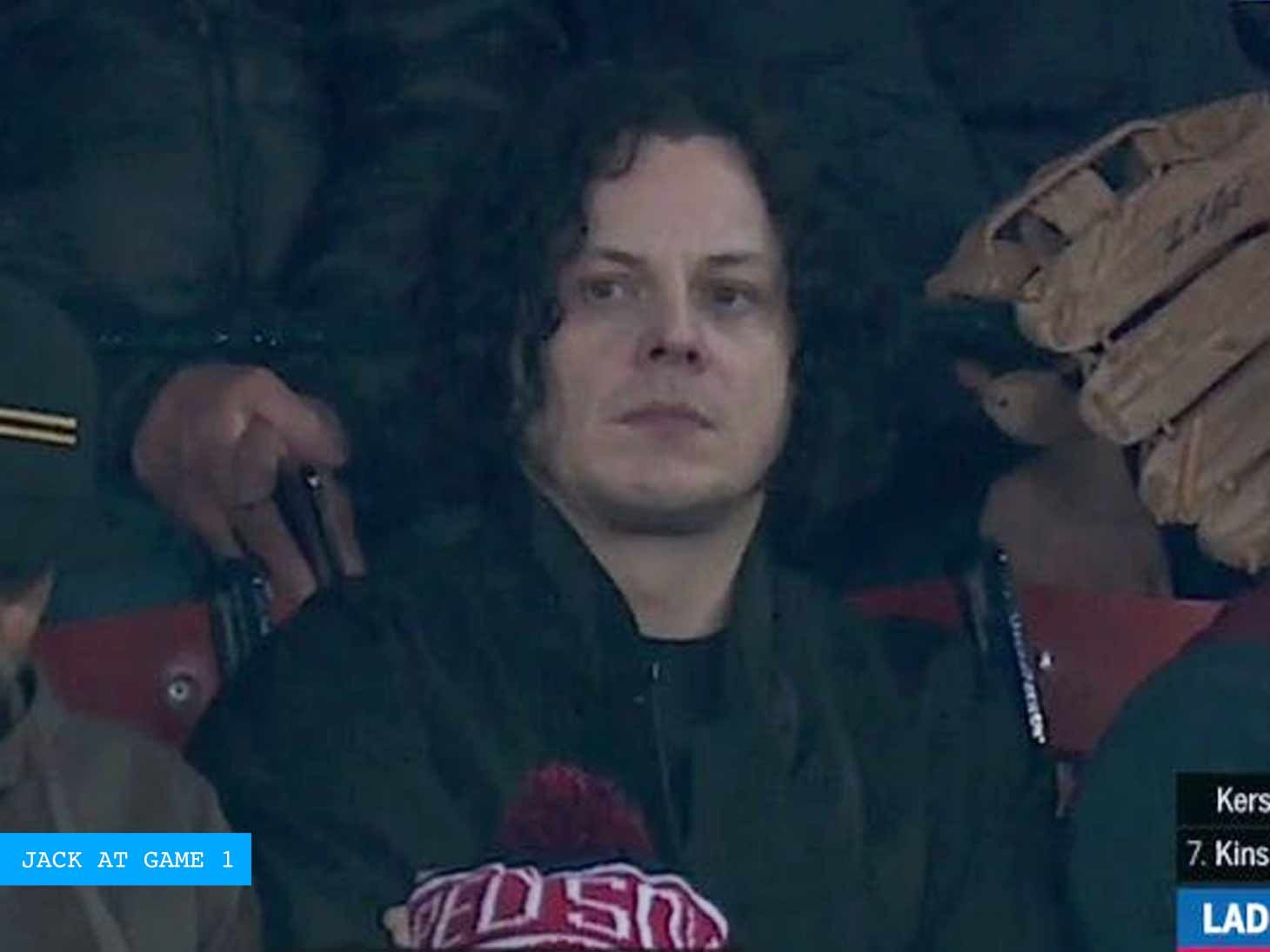 From the White Stripes to the Red Sox ... Jack White was one of the most recognizable faces at Game 1 of the World Series, and he's kinda rooting for both sides.

The singer was shown multiple times throughout the game at Fenway Park, and it turns out he's a huge baseball fan. White's a huge fan of the Detroit Tigers, and has spoken on the inner-peace he feels while watching a game. He even has a bat on display at the Hall of Fame in Cooperstown!

White also has a stake in the World Series, because he's a co-owner of a bat company, along with Sox second baseman Ian Kinsler. Both stars invested in the company, Warstic, and ironically have Los Angeles Dodgers Star Matt Kemp as one of the faces of the company.

During Game 1, the Dodgers lost , however Kemp showed Warstic and White some love by hitting a solo home run during his first at-bat. Not a bad advertisement to have the face of your company knock a dinger out of the park with your bat.

White wasn't the only celeb at the opening of the World Series, as stars like Ronda Rousey, JLo and of course, Magic Johnson.