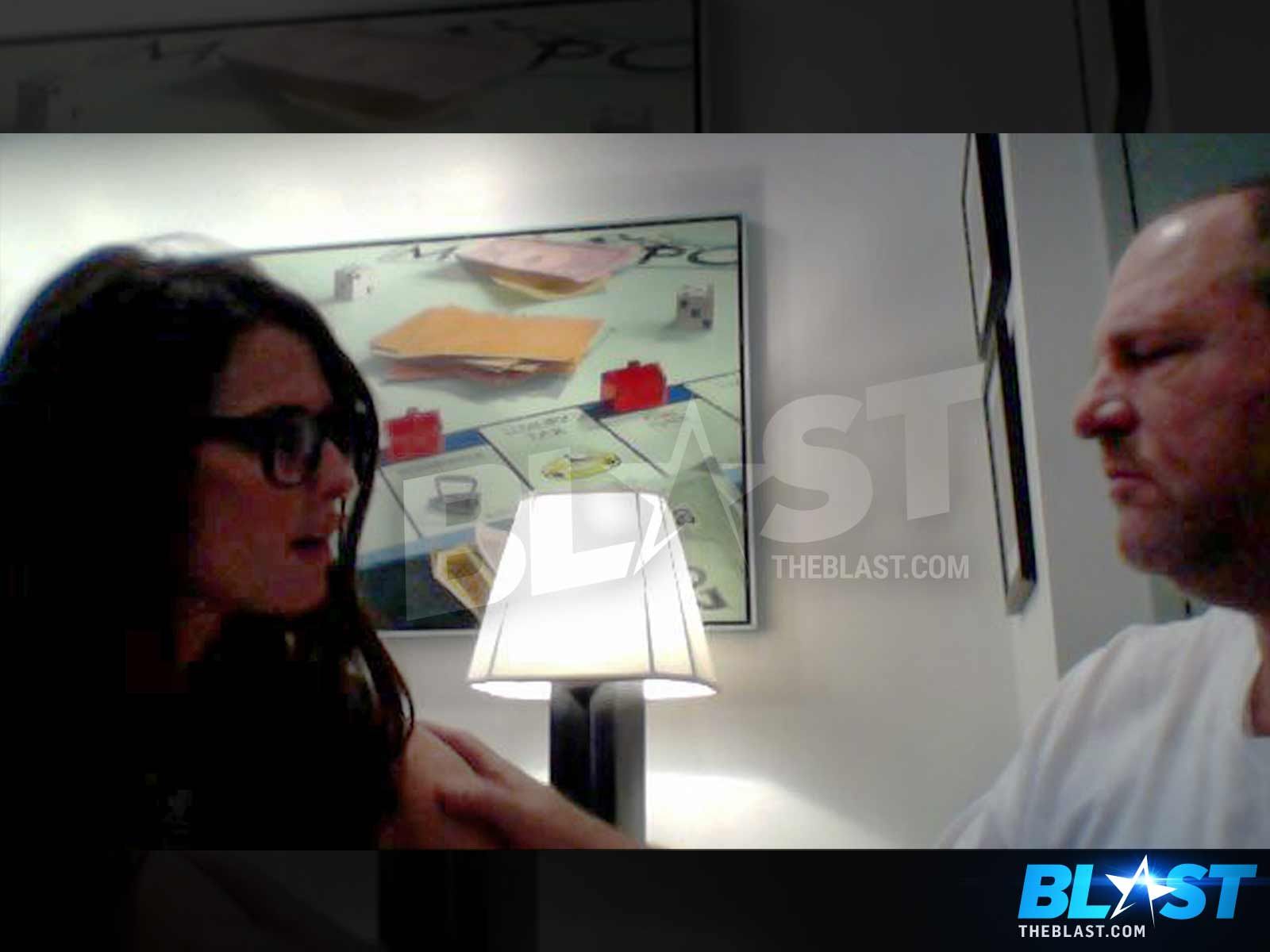 The woman accusing Harvey Weinstein of rape was horrified when the producer groped her during their business meeting, and we have obtained an exclusive image from the encounter.

As we reported, Melissa Thompson is part of a new class-action lawsuit against Weinstein accusing him of assaulting her during a business meeting and then raping her during a second meeting.

Thompson was recording video at the time of the meeting as part of a digital technology pitch she was making to the disgraced producer.

The Blast has obtained an image from the video tape showing Thompson's mouth agape as Weinstein rubs her arm in the privacy of his office. At one point in the video, Weinstein sticks his hand up her skirt while asking her to continue speaking. When she stops his advances up her thigh, he retracts and decides to rub her arm.

She claims to have been able to ward off his advances at the time, but during a second meeting later that night, Thompson claims Weinstein brutally raped her in his hotel suite.

We are told the video, which The Blast previously viewed before the lawsuit, will be evidence of Weinstein's assault and will become a key piece of evidence in the case.