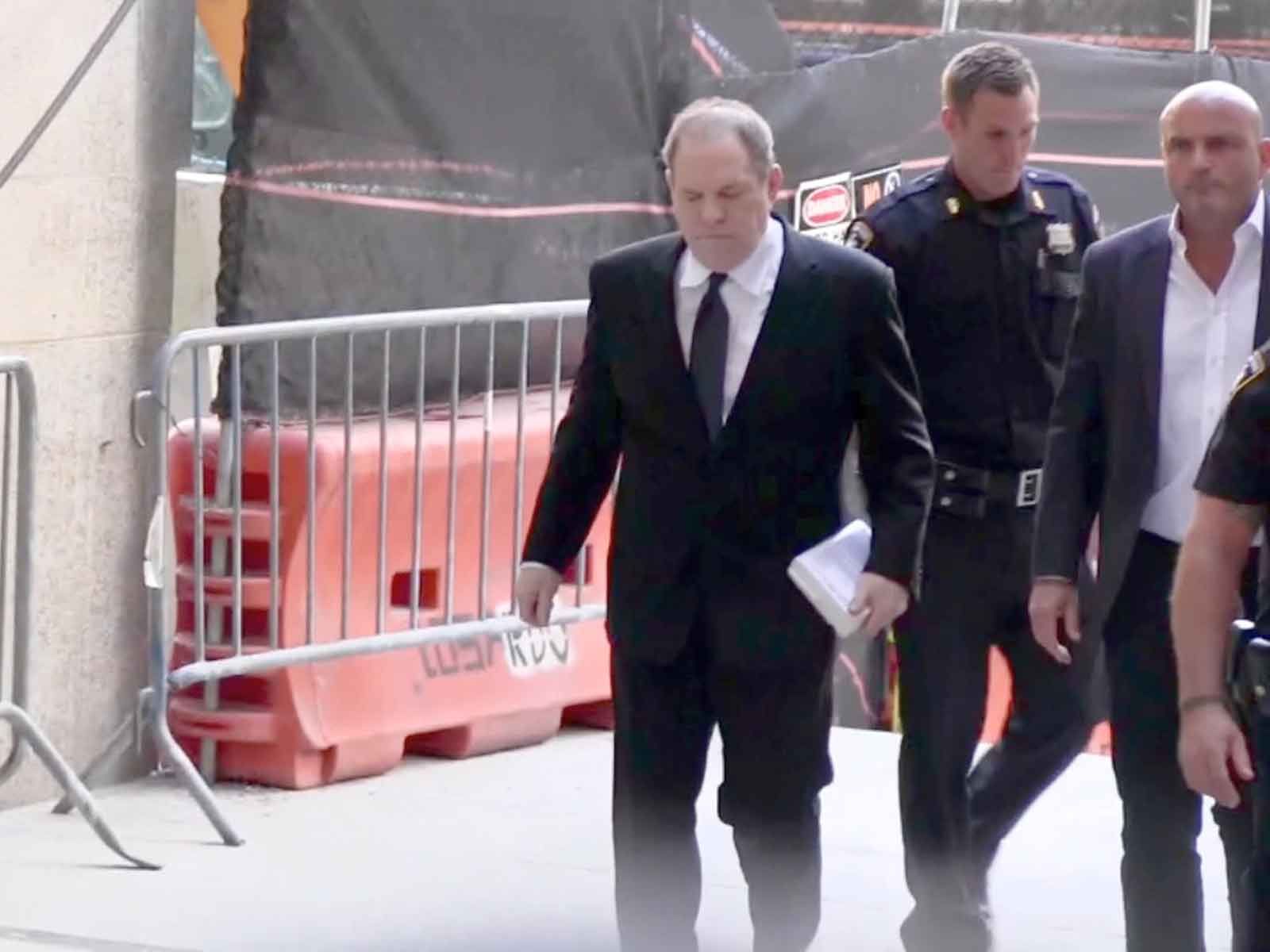 Harvey Weinstein shuffled his way into court Monday morning as he faced an additional slew of sexual assault charges that could land him in prison for life.

The disgraced producer walked with a noticeable limp as he made his way into the Manhattan courthouse. During his appearance, Weinstein plead not guilty to the additional charge of a forced sexual act, as well as two other counts of predatory sexual assault.

He appeared much thinner than in the past, and it's unclear how he may have injured himself.

Weinstein was handcuffed when he was brought into the courtroom, and aside from speaking with his attorney, he did not make any statements.

With the additional charges against him, Weinstein is now facing life in prison if convicted of the multitude of sex crimes.

In response to Monday's hearing, Weinstein's attorney said "We are very pleased that the court did not change the existing bail conditions that Mr. Weinstein has scrupulously abided by," adding that "The case has not grown stronger for the prosecution. Indeed, since his arrest in May, his defense has grown substantially stronger as we have found overwhelming corroboration well beyond Mr. Weinstein’s assertions that support his claim that all sexual encounters were consensual and that he did not rape anyone."