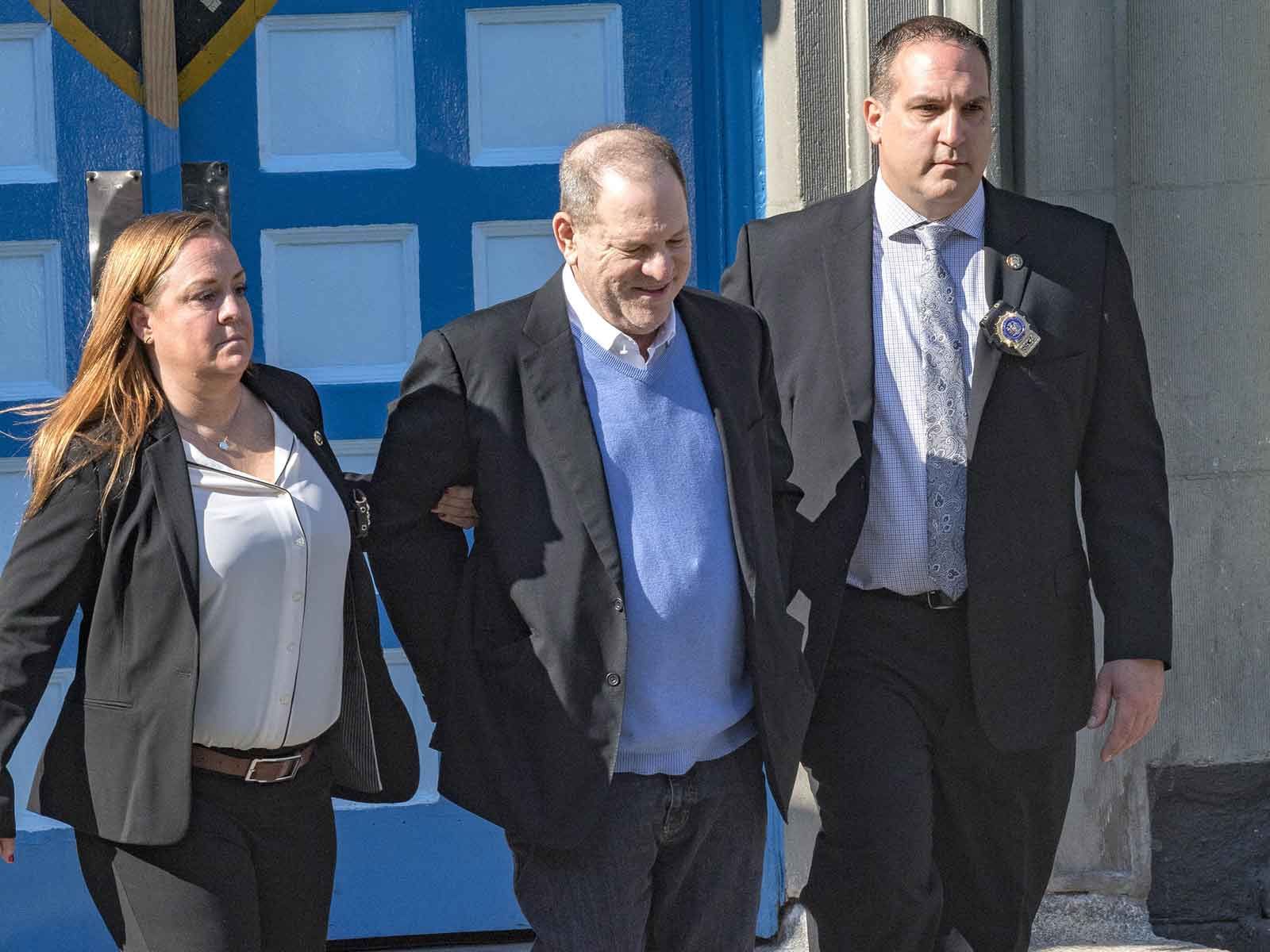 Harvey Weinstein Turns Himself in to Police and Charged with Rape

Harvey Weinstein turned himself into the NYPD on Friday morning where he was charged with rape and other sex crimes.

The statement continues, "The NYPD thanks these brave survivors for their courage to come forward and seek justice. The arrest and ensuing charges are the result of a joint investigation between the NYPD and the Manhattan District Attorney’s Office. Additional information will be provided as it becomes available."

Weinstein left the precinct in handcuffs later on in the morning.

He was then seen arriving at New York County Criminal Court where he was arraigned. Weinstein was charged with Rape in the First and Third Degrees, as well as Criminal Sexual Act in the First Degree, for forcible sexual acts against two women in 2013 and 2004, respectively.

Weinstein's bond was set at $10 million (or $1 million cash) and he is being fitted with a monitoring device which enables him to be tracked 24/7.

He was ordered to surrender his passport and must seek permission from the court if he travels outside of New York or Connecticut.

After the hearing, Weinstein's attorney, Benjamin Brafman, said the disgraced mogul plans to plead not guilty.

The criminal complaint details allegation from two separate events, one in 2004 and one in 2013. It reads:

Deponent states that he is informed by a person known to the District Attorney's Office that on one occasion between June and September of 2004, in the daytime hours, inside of 375 Greenwich Street in the County and State of New York, defendant forced informant to engage in oral sexual conduct, to wit, defendant grabbed the back of informant's head forcing her head downward and forcing her mouth onto his penis.

Deponent further states that he is informed by a second person known to the District Attorney's Office that on March 18, 2013, in the morning hours at 569 Lexington Avenue, in the County and State of New York, defendant kept informant physically against her will in a room and engaged in sexual intercourse with informant by forcible compulsion, to wit, defendant penetrated informant's vagina with his penis and, at the time of the incident informant had clearly expressed her lack of consent to the act.

“Today’s charges reflect significant progress in this active, ongoing investigation,” said District Attorney Vance. “I thank the brave survivors who have come forward, and my Office’s prosecutors who have worked tirelessly on this investigation. I would also like to thank Commissioner James O’Neill and our dedicated partners at the NYPD. We urge additional survivors and others with relevant information to call our Sex Crimes Hotline at 212-335-9373.”

As The Blast first reported, subpoenas were sent out in April for some of Weinstein’s closest advisors to appear before a grand jury.

Our sources say the subpoena requested a wide array of items, which could include phone records, e-mails and financial records related to any services requested or provided to Weinstein, The Weinstein Company and other business owned by the disgraced movie producer. We’re told the subpoena even asked for dated records, as far back as 2004.