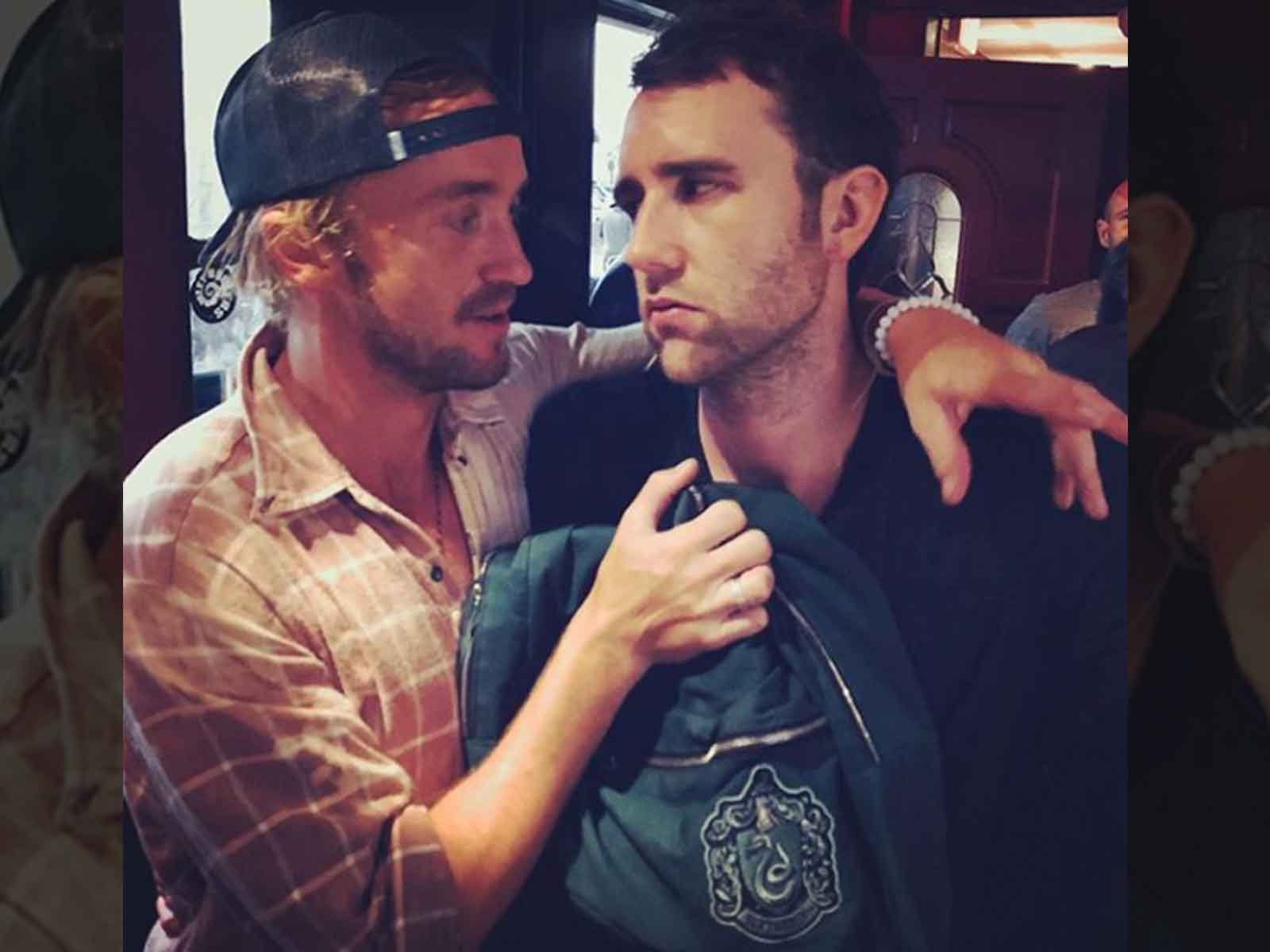 Even though it's been years since they graduated from Hogwarts School of Witchcraft and Wizardry, Draco Malfoy is still trying to turn Neville Longbottom into a Slytherin.

The heir of the Malfoy fortune is spending the summer in Venice Beach, CA and ran into Professor Longbottom, who currently teaches herbology at Hogwarts.

Still ribbing each other about the old Harry Potter days when they were feuding classmates, Malfoy tried to get Longbottom to wear a Slytherin jacket and said, "See how close he was to converting."

Longbottom, who was etched into House of Gryffindor history after his fight against Voldemort during the Battle of Hogwarts, refused Malfoy's offer. He even shared the photo and said, "Take your Slytherin paws off me, you damn dirty ape!"

Wizards will be wizards.