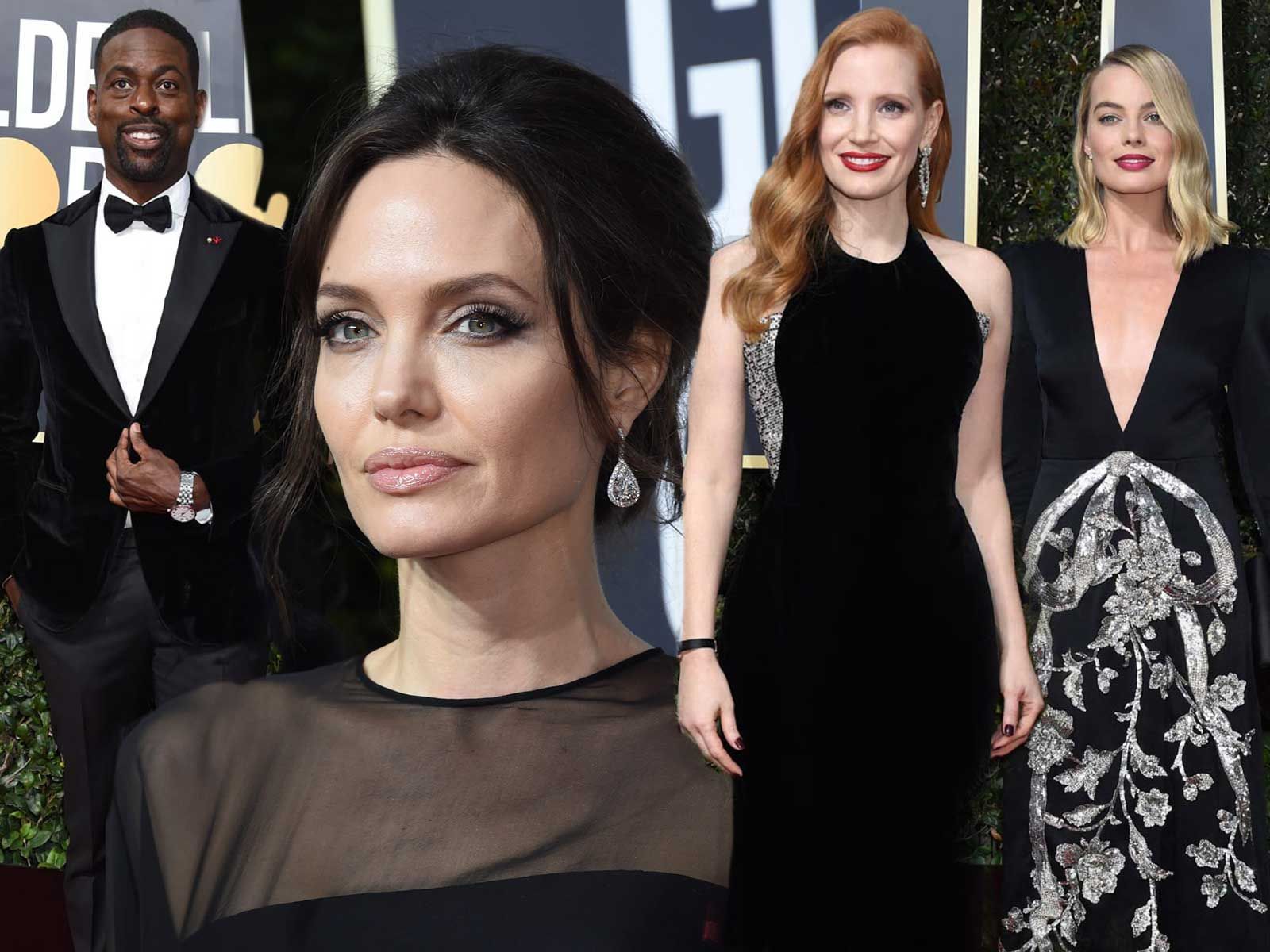 The biggest names in film and television are arriving at the red carpet for The 75th Annual Golden Globe Awards and, as promised, they're all decked out in black.

So far, everyone who's stepped on the red carpet is keeping with the edict.

From nominees to presenters to dates, stars like Sterling K. Brown, Tracee Ellis Ross and Dakota Johnson all looked incredible in their black ensembles.

The Blast first reported that major A-list actresses were walking arm-in-arm as a show of solidarity - America Ferrera and Natalie Portman, Octavia Spencer and Jessica Chastain and, Reese Witherspoon and Eva Longoria all took to the carpet together.

Taking the movement a step further, actresses like Emma Watson and Michelle Williams brought female activists as their dates.