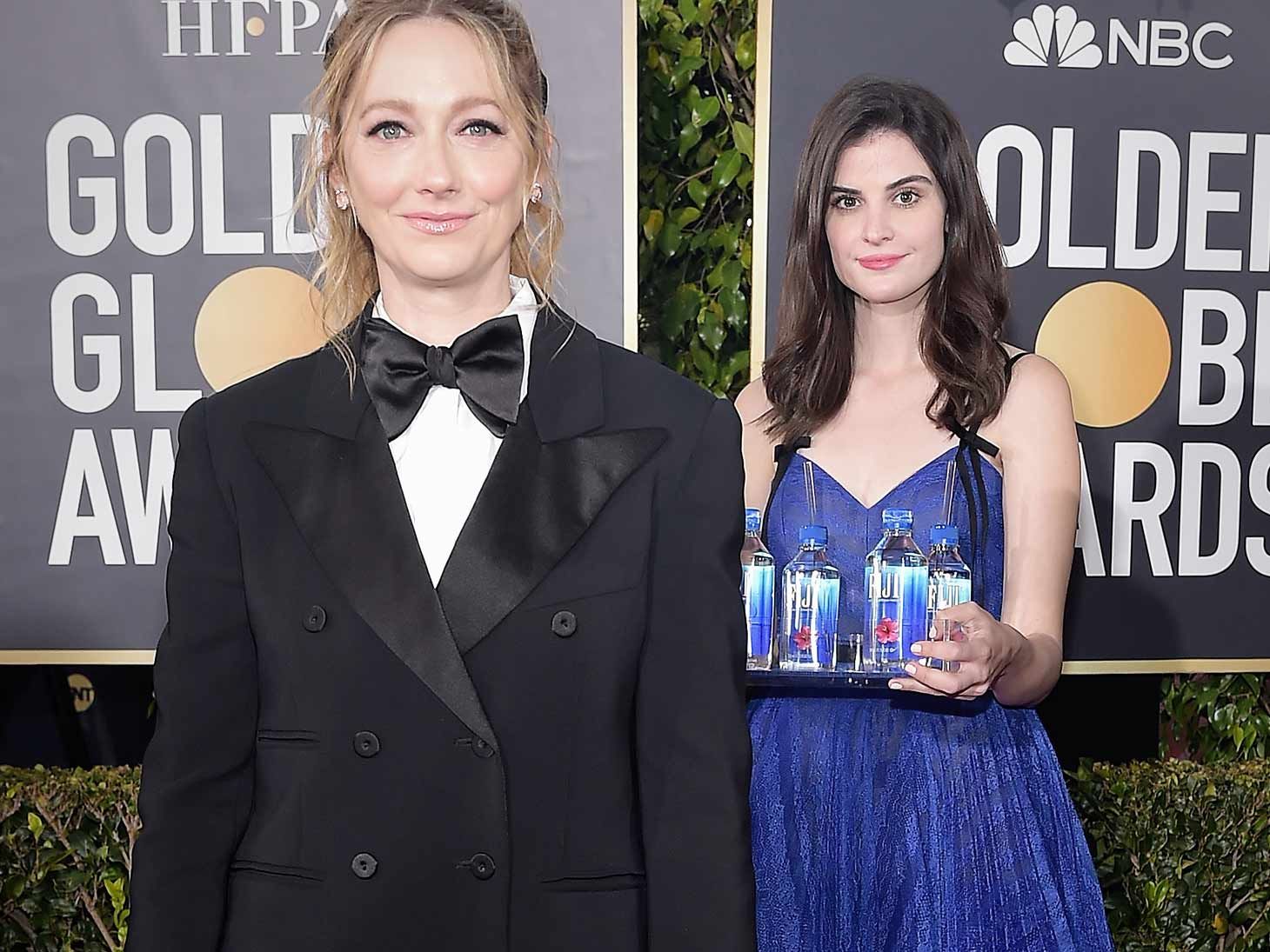 3:05 PM PT — Fiji Water tells The Blast, "This lawsuit is frivolous and entirely without merit. After the Golden Globes social media moment, we negotiated a generous agreement with Ms. Cuthbert that she blatantly violated."

Fiji adds, "We are confident that we will prevail in Court. Throughout our history, we have had a sterling reputation working with talent."

The model who stole the red carpet at the Golden Globes for photobombing celebrities with her bottles of Fiji Water is now going after the company that made her famous.

Model Kelleth Cuthbert, real name Kelly Steinbach, just sued the Fiji Water Company and The Wonderful Company alleging they created an unauthorized marketing campaign based off the viral sensation she created at the Golden Globes.

According to the documents, obtained by The Blast, Cuthbert claims on January 7 — one day after the Globes — Fiji Water "intentionally created cardboard cutouts of Steinbach for use in a cardboard cutout marketing campaign."

She says on January 8, Fiji tried to negotiate an agreement with the model's agent ... but the very next day they were contacted when someone had already seen the cardboard cutout placed in a Bristol Farms in West Hollywood. In fact, it was seen in a paparazzi photograph as John Legend exited the grocery store.

The cardboard cutouts were apparently used to push Fiji Water while capitalizing on the fame from the Golden Globes moment. The documents claim Fiji tried to offer "gifts to entice" the model to sign away her rights.

The suit also claims Fiji "pressured Steinbach into video recording a fake signing of a fake document to simulate Steinbach signing on as a Fiji Water Ambassador." Her legal team says the document was not an agreement and was later destroyed by the model.

The documents argue that Fiji was aware that no agreement existed but still began using Steinbach's image and likeness for profit.

Steinbach, who believes she generated more than $12 million worth of brand exposure, wants the company to stop using the cardboard cutouts ASAP, and for Fiji Water to open the floodgates in monetary damages.